Party members are being spammed with exhortations to vote for one or other of the Left faction’s candidates, Kyam Maher and Ian Hunter, while the Right have laid out their case in a widely-distributed email.

Significantly, federal heavy-hitter Penny Wong has lent her credentials to her Left faction’s cause, authoring a plea to members to endorse Maher and Hunter, the latter of whom is seeking another eight-year term despite having departed the frontbench after Labor’s 2018 election defeat. 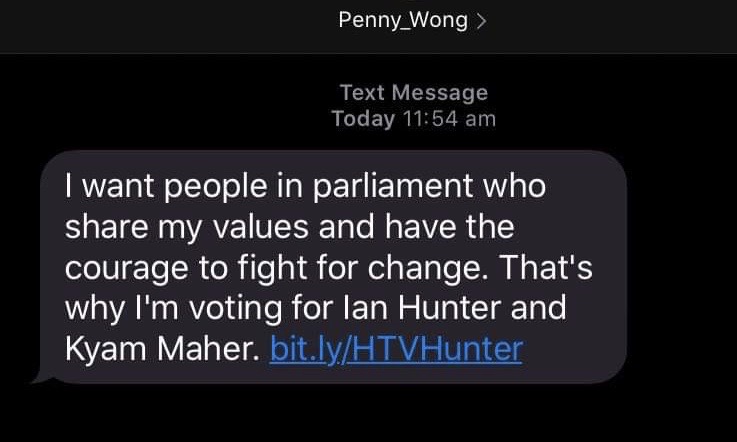 A message from Penny Wong.

State deputy leader Susan Close is also understood to have hit the phones urging support for her factional colleagues, who are running along with Right incumbent Tung Ngo and current long-serving state secretary Reggie Martin, who is looking to enter parliament for the first time.

And the reason for the frenzied activity is the nomination of a fifth candidate, without factional ties – Northern Areas Council veteran Ben Browne. 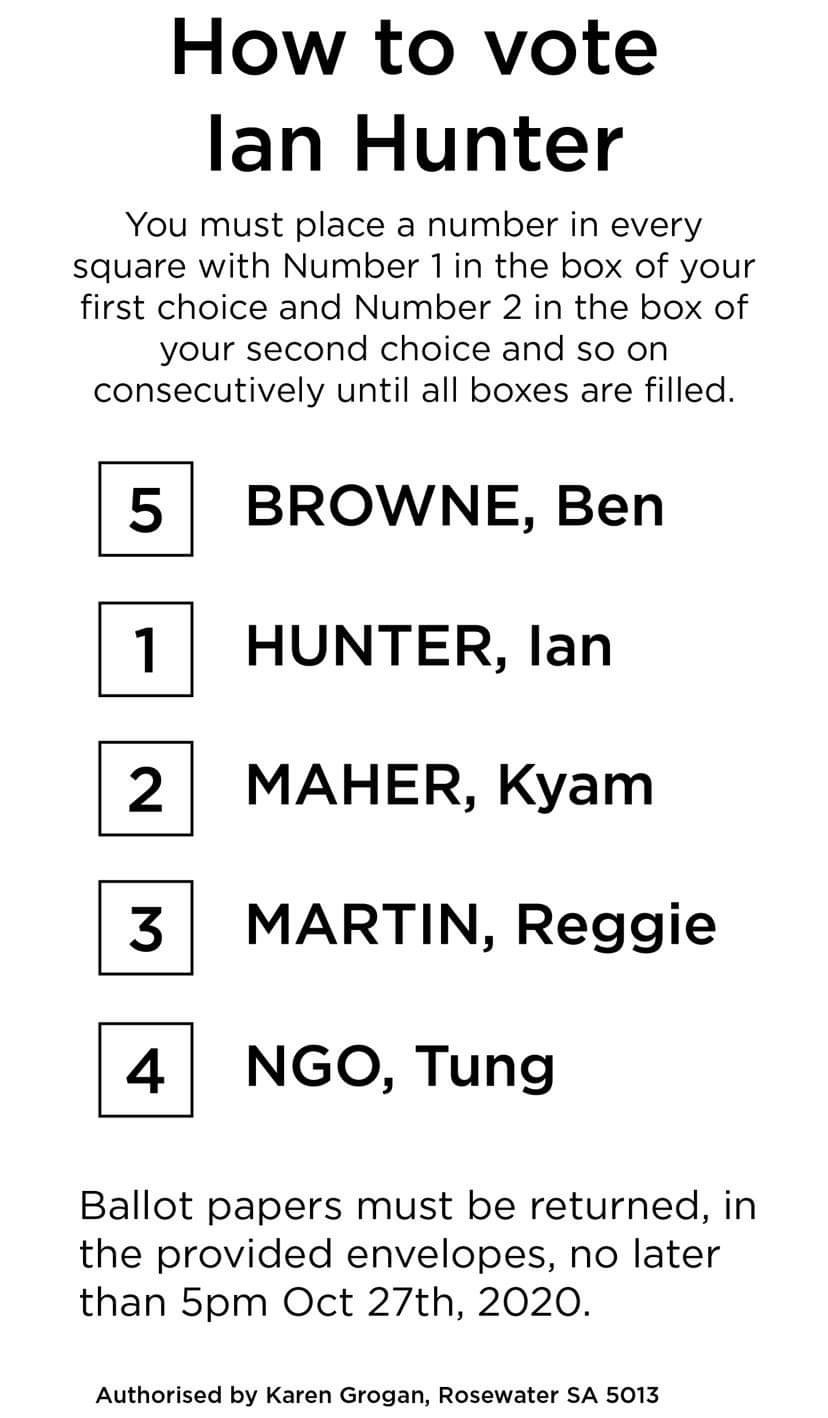 The factions are urging members to put Browne last.

Generally speaking, such a candidacy would be doomed before it begins – but this particular low-key contest to decide four relatively low-profile parliamentary appointments is, in its own way, historic.

It’s the first internal Labor ballot under new rules that came into play from 2018, diminishing the hegemony of the unions and sub-branch delegates in picking candidates.

From this ballot forth , contested upper house and senate ballots for the SA ALP will be determined by a vote giving equal weight to the union blocs, sub-branch delegates and ordinary rank and file party members. 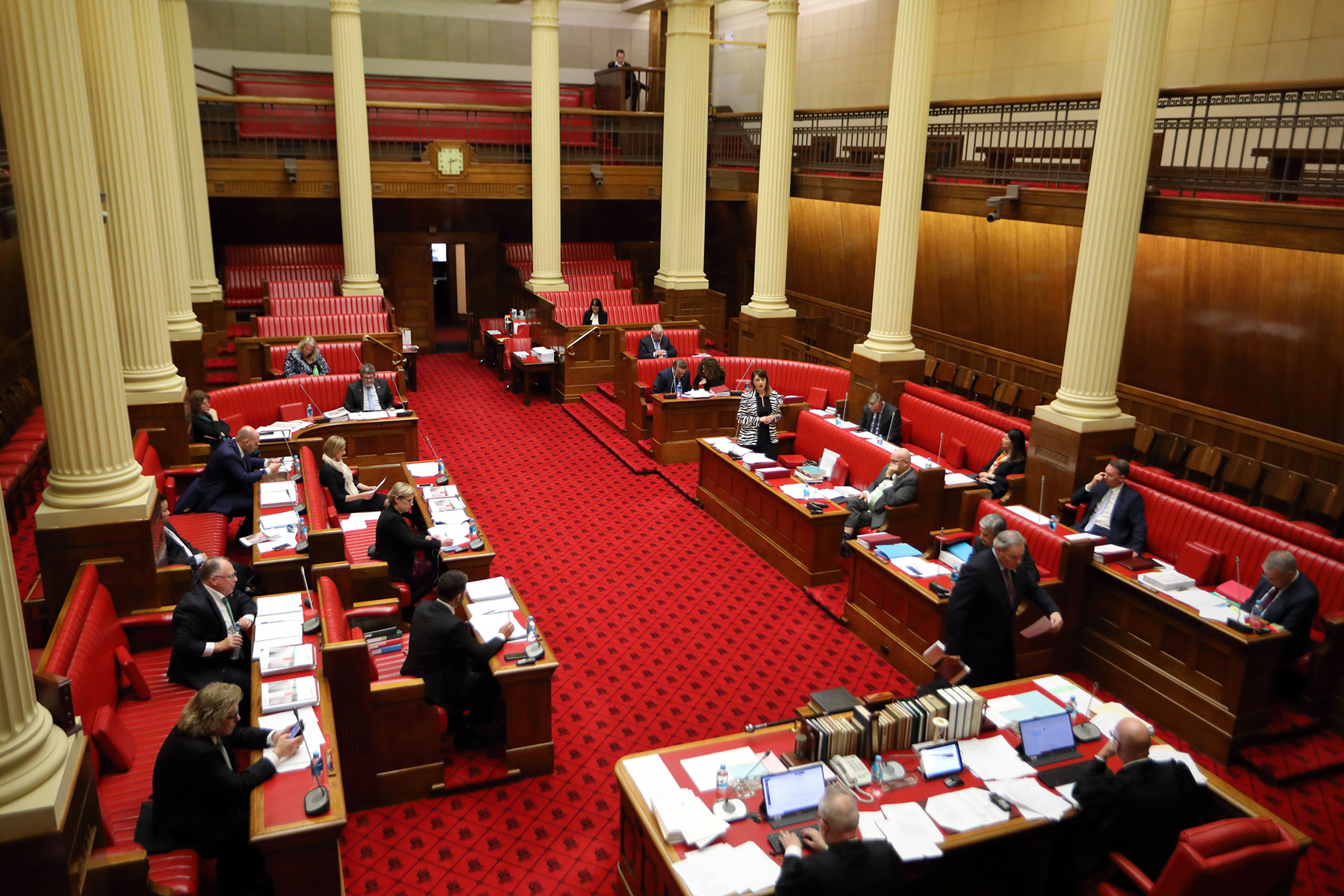 “I think there’s a large number of ordinary branch members who are [factionally] unaligned – some people will tell you even the majority of branch members,” one party insider noted.

“Branch members like it because they’re having more of a say than they would ordinarily – but some people feel that it’s largely a waste of time, given we all know what the result’s going to be.

“It’s not something I’d seen before, but there’s not been an election like this before.” 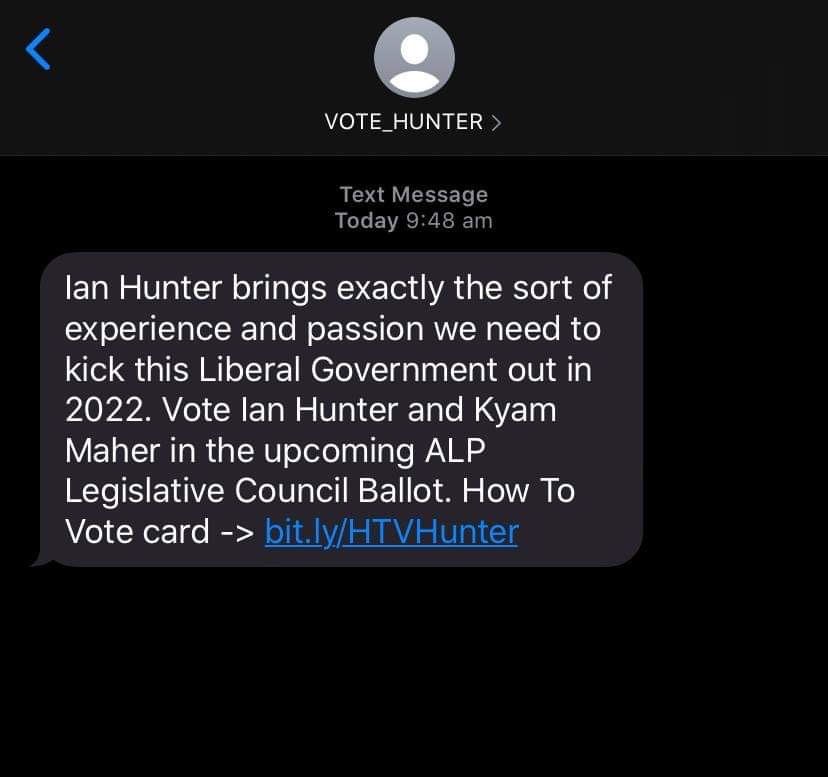 A text message to party members

Ironically, the change was pushed through by Peter Malinauskas when he headed the shop workers’ union, before he had entered parliament.

By the time it came into effect, he had become leader of the parliamentary Labor Party.

“I think it’s really good that there are a number of Upper House candidates who are out there engaging with people in the community, particularly party members,” he told InDaily.

“For the first time ever, rank and file members have a say in who represents the Labor Party in the Upper House – that’s only a positive thing.

“Democracy is a good thing – we’re testing people’s candidacy in the context of democratic debate.”

He denied the process – which is usually decided in secret by a few senior factional officials, himself included – was “a distraction”.

“There’s no anxiety from my perspective,” he said.

“We have five good quality candidates in the mix to be preselected for the legislative council – that’s a good thing… I don’t think there’s anything to be concerned about – I welcome it, I’m grateful for it [and] I think history will judge this process well.”

He said that process “ensures the people running for the Upper House have the skills to engage with people on the frontline”.

“And if you can’t do that, you probably should think twice about your candidacy,” he noted.

But not everybody is happy. Critics argue that because the party is at this stage only running a ballot for the top four spots on a ticket that will ultimately run to at least six candidates, the quota required by each candidate is higher.

“They deliberately only did four positions to make [the quota] higher,” said one.

“The Left and Right are effectively running a joint ticket.”

As such, Browne remains a notable long-shot, but his presence in the contest is prompting serious campaigning from the four other hopefuls.

His profile submitted to party members says he’s “been a member of the Labor Party for nearly 30 years, having previously stood for the party in the electorate of Custance in 1993, Stuart in ’97 and the federal seat of Grey in 2013”.

“In 1997, I came within 1.1 per cent of winning the sea of Stuart for Labor [but] I lost preselection to run in Stuart at the 2002 state election due to a factional deal and Labor has never won Stuart at any subsequent election,” he said.

Browne’s support comes in part from a coterie of friends, whom factional insiders regard as the remnants of the now defunct Centre Left, including the likes of former senator Chris Schacht, former Attorney-General Chris Sumner and former deputy leader Ralph Clarke, who was rolled in a factional coup and subsequently ran against Labor in his former seat in 2002. 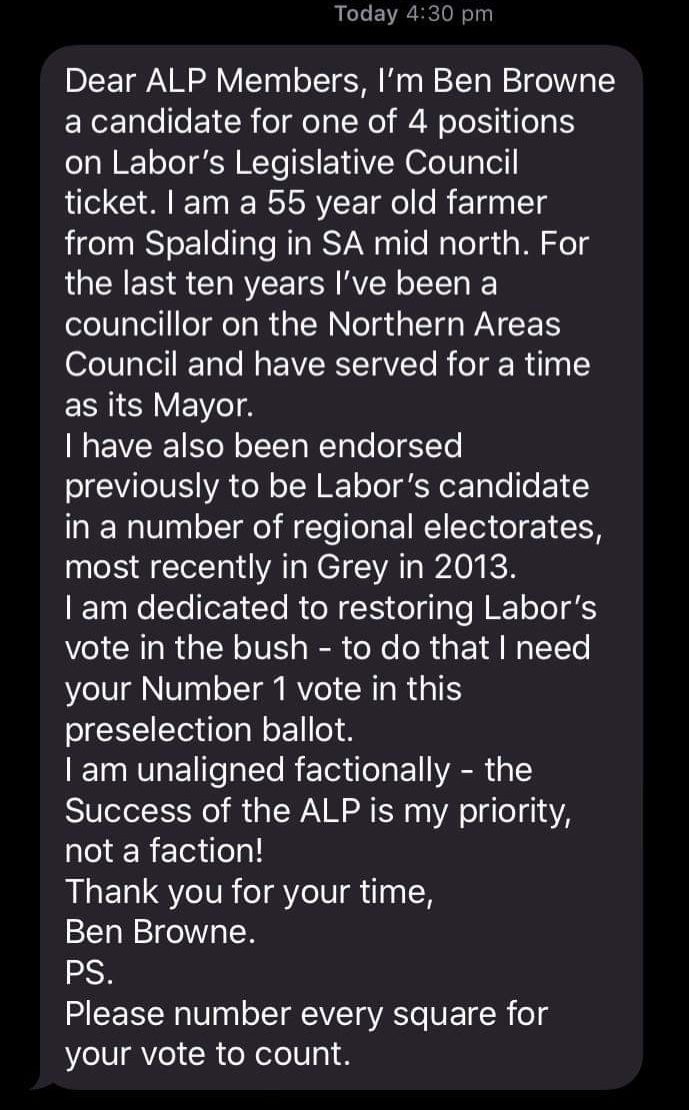 A message from Browne’s campaign.

They and others frequent the monthly luncheons of a group informally known as the ‘Hagar’ society – named after cartoon character Hagar the Horrible – of which Browne is also understood to be an occasional attendee.

Browne is being described colloquially as the ‘Hagar candidate’.

“I’ve contacted a few people I know personally just to encourage people to vote for him,” Clarke says, noting he is “not a [party] member sadly, but that’s how it goes”.

He said the Hagar group was “a fun group set up 18 years ago, where a few of us get together to have a monthly lunch and raise money for marginal seat candidates in state and federal elections”.

He denies Browne’s candidacy is backed by the Centre Left, largely because the faction “doesn’t exist any more”.

“That disappeared up its own orifice around 1997,” he said, arguing the Right and the Left were invoking its memory “because they’re pissed off that they’ve actually got a contest – that’s the reality”.

“It’ll be a tough fight – the truth of the matter is the rank and file, ordinary members only count for a third, so even if you win 100 per cent of individual members of the party, it will only count a third and still fall short of a quota,” he said.

“But it does for the first time ever give ordinary members of the party a say on who they want for the Legislative Council and their senate candidates – and it’s a pleasure for most members that they’ll get Legislative Council candidates phoning them up, seeking their vote… whereas before it was just two or three factional heavies on both sides sorting out which side would support who, and it would be a lay-down misère.”

He said the process “might encourage future Legislative Councillors and senators to actually get out and visit the sub-branches and local members and hear their concerns and complaints, if they expect their votes”.

“I think it’s a bloody good thing,” he said.