In December 2019, there were more than 750,000 international students in the country with more than 40,000 enrolled in South Australian institutions, according to the State’s Department of Trade and Investment.

They, and their lucrative fees, were an essential part of Australia’s booming international education industry, worth an estimated $37.9 billion. The sector is South Australia’s largest services export, valued by the Australian Bureau of Statistics at $1.92 billion in 2018-19.

Then the pandemic struck.

With businesses shut down across the nation and hundreds of thousands of workers suddenly out of a job, the Federal Government quickly boosted JobSeeker payments with a short-term Coronavirus Supplement, and set up JobKeeper to pay eligible businesses to keep workers on their books.

But international students living in Australia were excluded from the payments, forcing many to seek help from charities.

Just one, Uniting Care Wesley Bowden, told InDaily that more than 2000 international students had called upon it for food vouchers, clothing, help with bills, money for rent and university tuition since the pandemic hit.

The state’s Mental Health Commissioner says the Commonwealth needs to step into the field – saying that international students are being treated as an “exploitable economic resource”.

No job, no safety net

Indonesian Flinders University student Kenny Setiobudi was paying $64,000 for his Master of Social Work, but like so many others, soon found himself in financial crisis.

He’s been employed as a dishwasher at a local restaurant, but – ineligible for JobKeeper – he was fired when restrictions were announced and the eatery needed to let go of staff.

“I remember when they (the Federal Government) announced the Covid-19 payment and, at the time, the JobSeeker payment was about $40 a day. I immediately thought to myself: ‘I live on $40 a week and I don’t know how to pay my rent,’” he said.

Setiobudi said while Flinders had allowed him to pay his university fees in instalments, making repayments without a job was a struggle.

Despite the money he’d spent on his degree, he said that in the past seven months he’d received $700 from the university to help him cover rent, food and bills.

Flinders University said it offered a “wide range of supports” for students during the pandemic, including scholarships and “cultural and language groups” for international students. A spokesperson for the university directed InDaily to its website for further information.

Vice-President and Pro Vice-Chancellor Sebastian Raneskold said: “We’re working hard to support our international students who we know are facing significant challenges as a result of the impact of the pandemic here and in their home countries, to support their wellbeing, help them to make ends meet, and ensure they succeed in their studies.”

“This includes emergency funding for bills, rent and food, scholarship monies to support studies, distributing the State Government’s financial support, and other practical measures such as counselling. Should students be facing particular hardship we urge them to reach out to us so that we can help them,” Raneskold said.

In a bid to keep universities afloat during the emergency, the State Government has granted $13.8 million, with $10 million going to Adelaide and Flinders universities and UniSA.

Adelaide and UniSA pointed InDaily to a range of supports they offered including hardship funds, food and rent relief and counselling services.

Social welfare advocates expected the announcement of a further boost to the international education industry in the Federal Budget – but no such safety net came.

In a written statement, a spokesperson for the Department of Education said international students could access “more than $1.5 billion in support measures provided by the Australian Government, education providers and state, territory and local governments”.

“The Australian Government has provided $200 million to 300 charities and community organisations to provide support to vulnerable members of the community, including international students,” it said.

“Many people think that international students are rich but many of us are struggling. For my tuition fee, I’ve had to rely on my parents, but Covid-19 has hit the whole world, so my parents are affected as well,” Setiobudi said.

“We’ve had to sell most of our assets: cars, house, and my mum and grandma both have some medical conditions and we need to pay for those as well.

“We pay so much to be here. We pay two or three times the tuition fee compared to Australian citizens. We pay all of the taxes, we fulfil all of the requirements for fees for visas and everything like that. We do our responsibility. Why would you not see us as part of the community?” 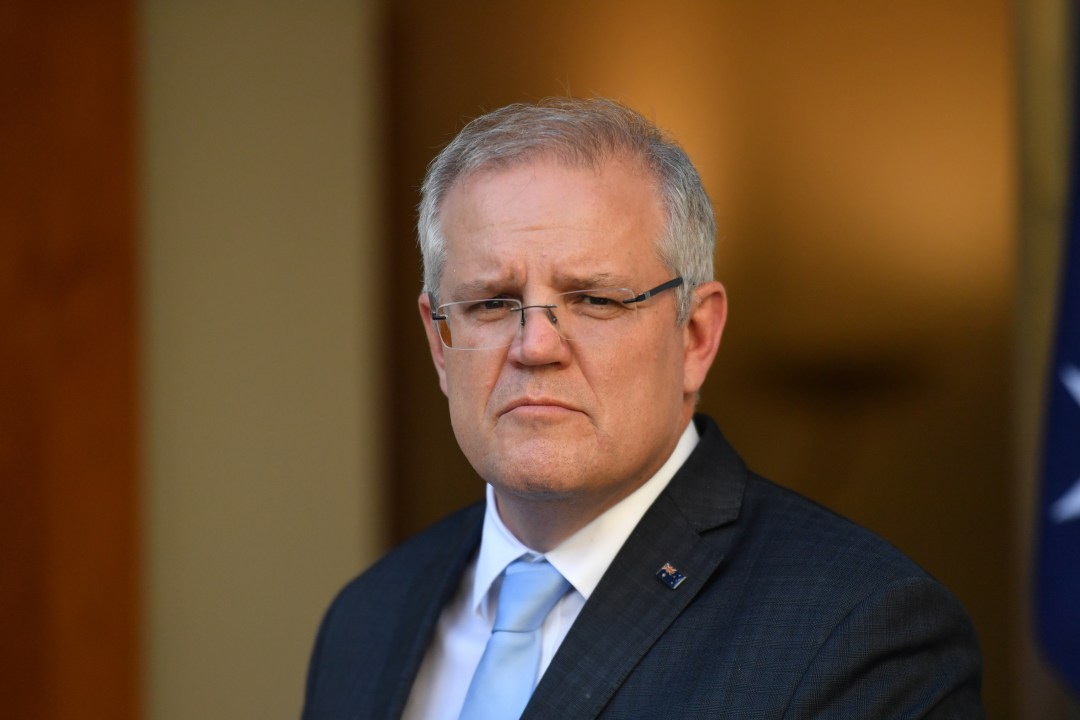 Fellow international student Jacqueline Nallely Bahenalima said she was drawing down on savings and relying on handouts from church groups and not-for-profits to survive day-to-day.

Like Setiobudi, she had lost her job during the pandemic and was ineligible for federal government support.

Bahenalima said she’d applied for numerous jobs in the past two months as South Australian businesses began functioning again, with no luck.

“We are in limbo. We are scared. We are not in a safe position and we don’t know what will happen. I think as an international student, you’re alone,” the Flinders University student said.

Bahenalima said she’d chosen to study in South Australia because she was passionate about helping to eradicate poverty and noted her chosen profession was listed on Australia’s skilled occupation list, which summaries the occupations the nation needs to fill due to skill shortages.

“I’d heard from one of my friends in Mexico about studying social work in Australia, and because I really like to help people I thought: ‘OK. Australia is a very nice place. It’s very far from my country but it’s beautiful people and beautiful places,’” Bahenalima said.

She said with her father’s financial support she was able to travel to South Australia and enrol in a Master of Social Work at Flinders University.

“My father, he wished I got married, and in my culture parents help their children marry, but he decided to give me the money and he told me: ‘You know what to do. You want to invest this money in your career – that’s good.’”

Bahenalima said she was close to finishing her degree when she found out her father had contracted coronavirus. She said she considered returning to Mexico but with no idea if she’d be able to return to Australia she tried to help him from abroad.

“I was almost finished my master’s and then my father got Covid, the virus, and I was just in shock. I was in a very bad position to help him find a hospital, because the system in Mexico is not good enough to support and help everyone,” she said.

“My father passed away while I was here. I was almost in my final month to finish my placement and my last subjects. I remember the date: 25th of June – it stopped my life, that moment.

“I wanted to finish. It was the only thing that I wanted to show him, and for him to be proud of me, because not only had he supported me but he’d helped me to make this dream that I had come true.”

Students spoke of struggling to pay rent, and their anxiety after receiving university fee notices from some of the state’s smaller tertiary institutions advising them to pay their tuition or risk being deported.

The Australian Institute of Higher Education’s general manager Angela Noack told InDaily it had sent “quite heavy” letters telling students “if you don’t pay your fees and you don’t do this stuff then we’ll have to cancel your enrolment and let the immigration department know”.

Noack said this came after students failed to pay for two semesters and had not responded to numerous calls and emails.

She said payment plans had been set up for students who had subsequently responded to the letters.

Torrens University vice president of public affairs and communication Bryce Ives said the university had “ensured there were efficient pathways for students to reduce their load – but still meet all visa and other requirements of study”.

Ives said the university had set up a range of support services, including distributing food boxes, Coles vouchers and offering scholarships, as well as providing online counselling.

Uniting Care Wesley Bowden said it, along with other charities including Anglicare and Baptist Care, received a one-off State Government grant in April to increase their support of vulnerable South Australians.

For UCWB, the grant allowed it to extend its emergency assistance program beyond its usual remit of the western suburbs, and it was able to help an extra 500 people with vouchers, clothing and mobile phone sim-cards before the extra funding ran out in July.

Despite the significant demand for help with basic necessities, UCWB said the State Government grant was not renewed, forcing the not-for-profit agency to turn international students away. 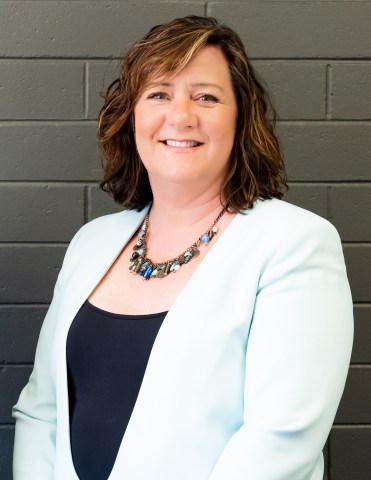 UCWB chief executive Fiona Kelly said she was “concerned and disappointed” by the government’s decision not to provide further emergency financial assistance.

“The issues faced by the students haven’t disappeared and will likely get worse,” she said.

“Assisting these students is about humanity and understanding our collective responsibility to making sure people in our community who are experiencing hardship are supported, regardless of their visa status.

“In Australia, in the 21st century, no one should be left feeling abandoned, helpless and alone.”

A spokesperson for SA’s Department of Human Services said the State Government had provided a raft of emergency relief measures including food boxes, distributed in July through not-for-profits, a $1000 rent relief grant and $200 home-stay family payments.

“A further $310,000 in COVID-19 grant funding … to community-run projects providing food and emergency relief, including more than $25,000 for projects that specifically target the international student community,” they said.

The grants are capped at $10,000 per organisation.

Calls for Commonwealth to step up

He said international students strapped for cash were not always on lease agreements which left them ineligible for rental assistance.

“It’s not enough and it’s not well coordinated – that’s fundamentally the problem. Primarily it’s in the form of one-off payments or subsidies.

“The only thing structurally and systemically that can respond to that is an ongoing payment. A one-off subsidy or an emergency relief voucher from the university or the state government or Baptist Care is no help.

He said the Commonwealth needed “to do more to support their students”.

“And if nothing else, even if it’s not from a social justice perspective, the Commonwealth needs to accept that this is a really big industry to our country, in the same way that aviation is, and they need to provide ongoing and serious financial support to protect that industry,” Kelly said.

“We are not treating these people as valued guests in our country, that we need to show respect and hospitality to. We are treating them as an exploitable economic resource.”

Asked what South Australia could do in the short-term to help international students, Kelly said: “Get all of the stakeholders to get together … so that at least we can provide support in a coordinated, integrated way”.

“That uncertainty about how you’re going to pay your rent next week and what you’re going to do to pay your fees over the next semester, where the food is going to come from, those are the issues that really, really have the capacity to place many, many young international students in a very dark place – without a lot of support,” he said.