Luk Investments was behind the $70 million Central Adelaide Apartment complex on Grote Street, which has 260 apartments and five commercial tenancies and was completed in 2017.

The Cullinan project manager John Ong told InDaily stage one of the new residential and retail developments would begin in November and consist of a 15-storey residential building, reaching about 45.5 metres.

He said work on the adjoining second tower of residential apartments was expected to start in February, with the 18-storey building reaching about 53 metres. 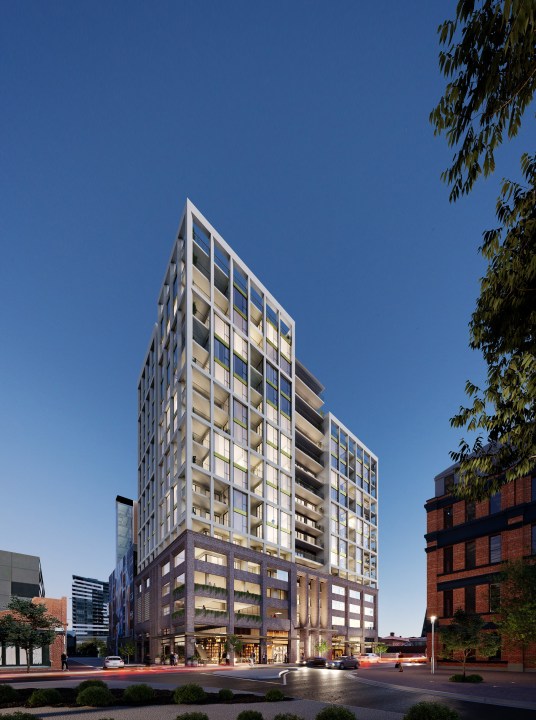 An artist’s render of the development at 181 Waymouth Street.

The current building at 181-185 Waymouth Street is the former home of iconic Adelaide music store John Reynolds Music City, which went into administration and closed its doors in 2017.

The music business was founded in 1968 with a focus on drum kits before being sold, rebranded, rebought and reopened over a period of 50 years.

Its replacement is being touted on Facebook as “a striking jewel set to transform Waymouth Street”.

Sydney-based Gasparini Luk Architects have designed The Cullinan’s mix of studio, one, two and three-bedroom apartments in “stylish provincial French-inspired” design, according to the website. 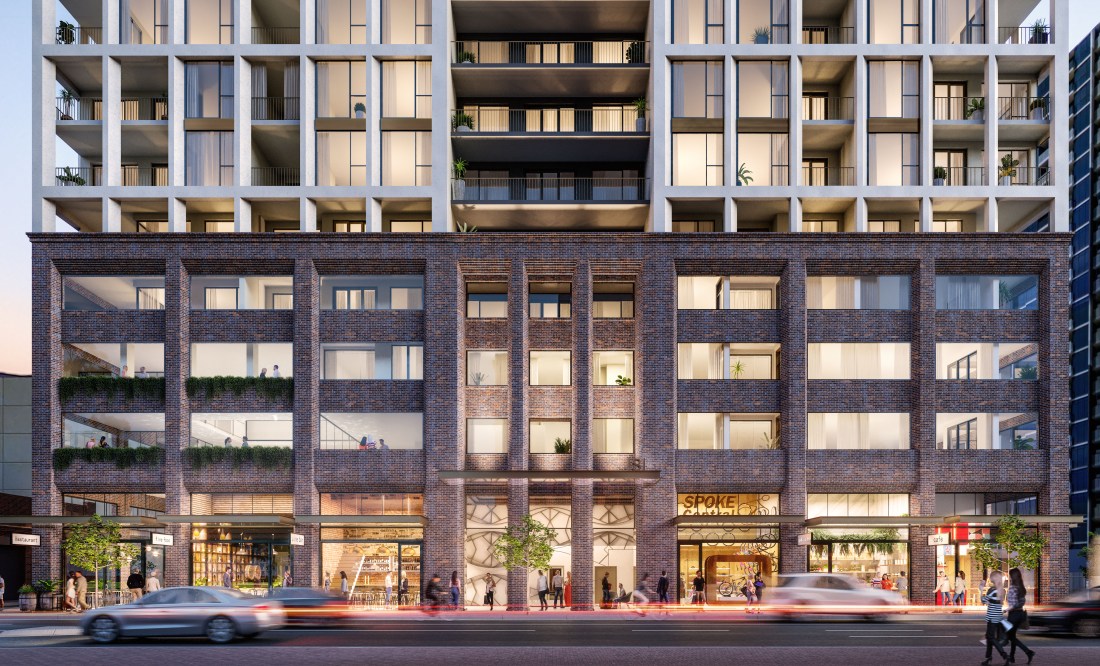 At artist’s render of The Cullinan, which was named after the largest gem-quality rough diamond according to the development website.

Located on the south-west corner of Light Square, The Cullinan apartments will also allegedly provide “views of lush landscaping” of the park.

Ong said the development was expected to be complete by the end of 2022.