Addressing reporters today, Olsen declared the Crows’ city move – which was shelved in April as the coronavirus pandemic hit club finances – his most burning priority after wiping out the debt racked up this year.

“I want to be part of this club as it moves into its next phase, and there are many new opportunities emerging – for example, facilities closer to the city for the fan base and the club in the future,” Olsen said.

“There are a number of items on the agenda that will require real focus and some determination, and I hope to bring that to the role…

“The important first hurdle is you clear that debt as soon as you can, and then refocus on getting the fan facility close to the CBD or in the CBD going forward – they’re the first two priorities.”

The Crows had controversially set their sights on the dilapidated North Adelaide Aquatic Centre, which they had proposed to redevelop into a $65 million training and administration complex, with the help of a $15 million pledge from the Federal Government.

But those plans were shelved in April, with CEO Andrew Fagan declaring sour economic conditions had made it impossible “to advance to stage two”.

But the move appears to be back in the club’s short-term planning.

“Certainly what is a priority is looking for a facility for the Adelaide Football Club close to the city,” Olsen said.

“There are options that have been canvassed in the past… COVID has intervened in the quest for the new home base but it’s clearly a priority for the fans of this club and therefore it will be a focus going forward.”

It’s understood the Crows have a blueprint for an 18-month financial recovery, with its relocation considered an imperative beyond that – and Olsen’s state and federal connections considered a plus in helping navigate the move.

“It didn’t hurt,” Chapman said when asked about his successor’s political connections.

Chapman said “winning games of football, finals football… and a new home base for our members, John understands, and we all understand, are our priorities”. 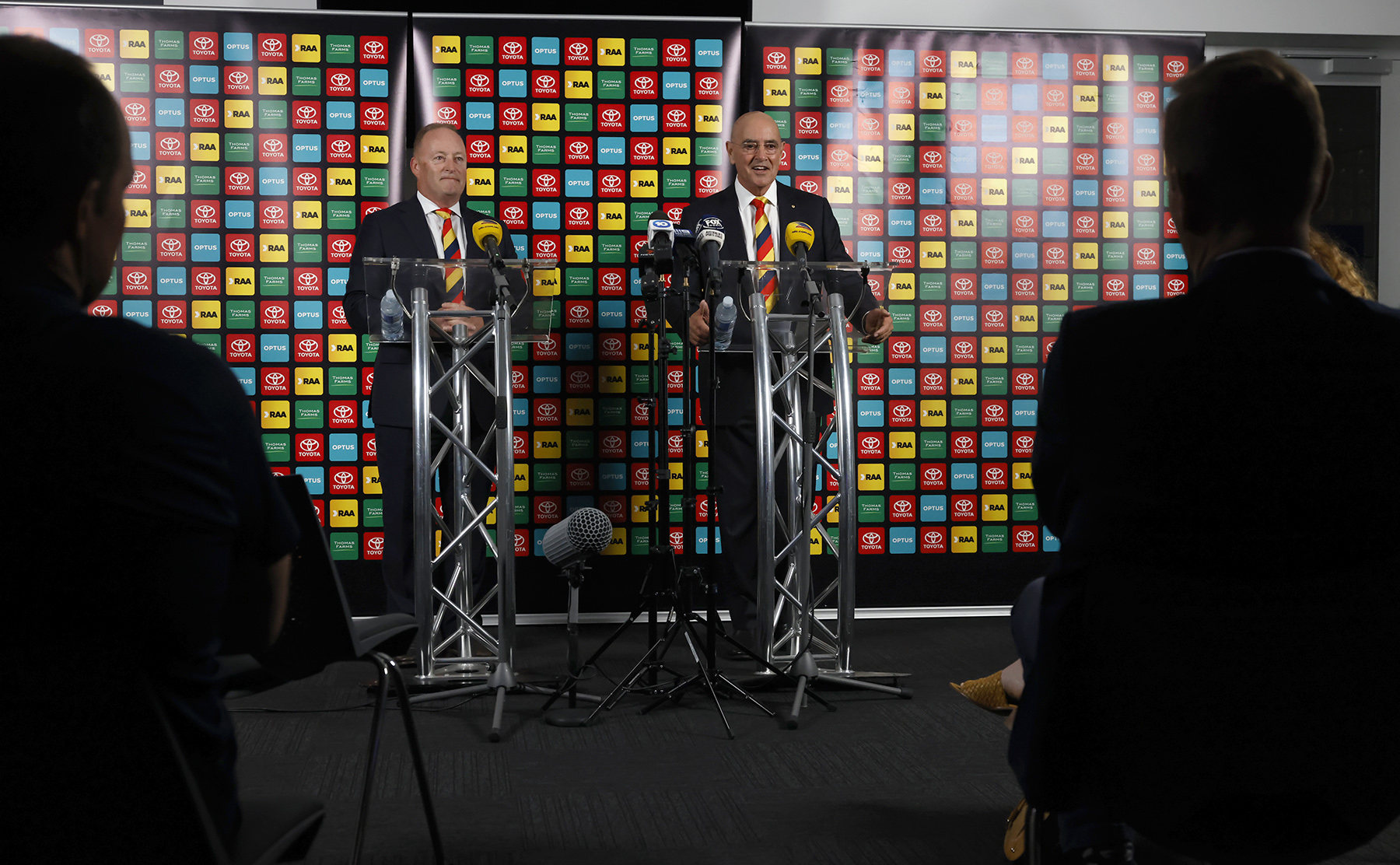 Olsen told reporters his “passion towards this club has extended since its formation – recognising the formation of the Adelaide Football Club came from the eight SANFL clubs”.

“It has a really good future… I’m really heartened about where the club is at the moment and the direction the club’s laid out for the future.”

He did, however, declare the Crows’ three-win wooden-spoon season “not a satisfactory year… it was a fail for the club”.

But he insists his assessment is that Adelaide has embarked on a “ruthless reassessment… and made really substantial decisions, some which have been announced and some yet to be announced, which really augur well”.

He said winning premierships “is what the football club’s about”, but said while “we will lift [in 2021], I have no doubt about that… I’ve also learnt in a political sense you should never make a benchmark, because you’ll always be held to that benchmark come hell or high water”. 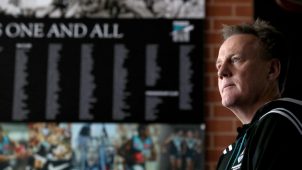 Keith Thomas to step aside for new Port Adelaide CEO

The 75-year-old said his initial three-year tenure – after Chapman’s 11 years in the role – was “a standard appointment for a board member of the Adelaide Football Club”.

Asked about his age, he said: “I still barefoot water-ski [so] I’m fortunate to still have a level of fitness.”

Olsen said he planned to step down from his role as deputy-chair of the SMA board “over the next few months so there couldn’t be any perceived conflict of interest”.