Fronting the magistrates court today – and defended by his onetime Labor parliamentary colleague John Rau – Hanna was fined $600 plus costs, including court fees, victims of crime levy and prosecution costs capped at $300, with no conviction recorded.

It followed a case brought by the Electoral Commission of SA, with Hanna charged with one count of publishing electoral material containing an inaccurate statement, relating to his 2018 re-election campaign as mayor of Marion council in Adelaide’s south.

Hanna pleaded guilty to the breach, in which he criticised the LGA for, as he claimed, awarding its board a pay rise – but came to strife when he claimed the increase was $40,000 instead of $4000.

It comes just days after the board proposed its President’s remuneration should be increased from $47,982 to $60,000 a year, with the remaining nine directors awarded a fee increase from $4291 to $6000.

The 2018 increase came amid a restructure which saw most board members receive a significant pay rise, when the LGA abolished vice-presidential positions and reduced the number of directors on the board. From that point, members who would previously have been paid $100 per meeting – effectively $600 a year – were instead paid at the $4291 rate previously offered the four vice-presidents.

Outside court, Hanna told reporters: “I criticised the board of the LGA for proposing to increase board fees massively, by a multiple of seven times… the problem was, I put an extra zero in the figure I was using.”

He noted that Magistrate Ben Sale had described the error as “careless but with no intention to mislead”.

However, Hanna noted the LGA’s emphasis last week that there had been no increase in remuneration since 2014 given current workloads, which he argues is “misleading”.

“They initiated the complaint with the Electoral Commissioner, and then provided ample ammunition for a prosecution to take place.

“I’m glad the Magistrate referred to me as a man of integrity and honesty.

“One question for the Electoral Commissioner is why it’s taken two years for this prosecution to brought – for putting an extra zero on an election leaflet.” 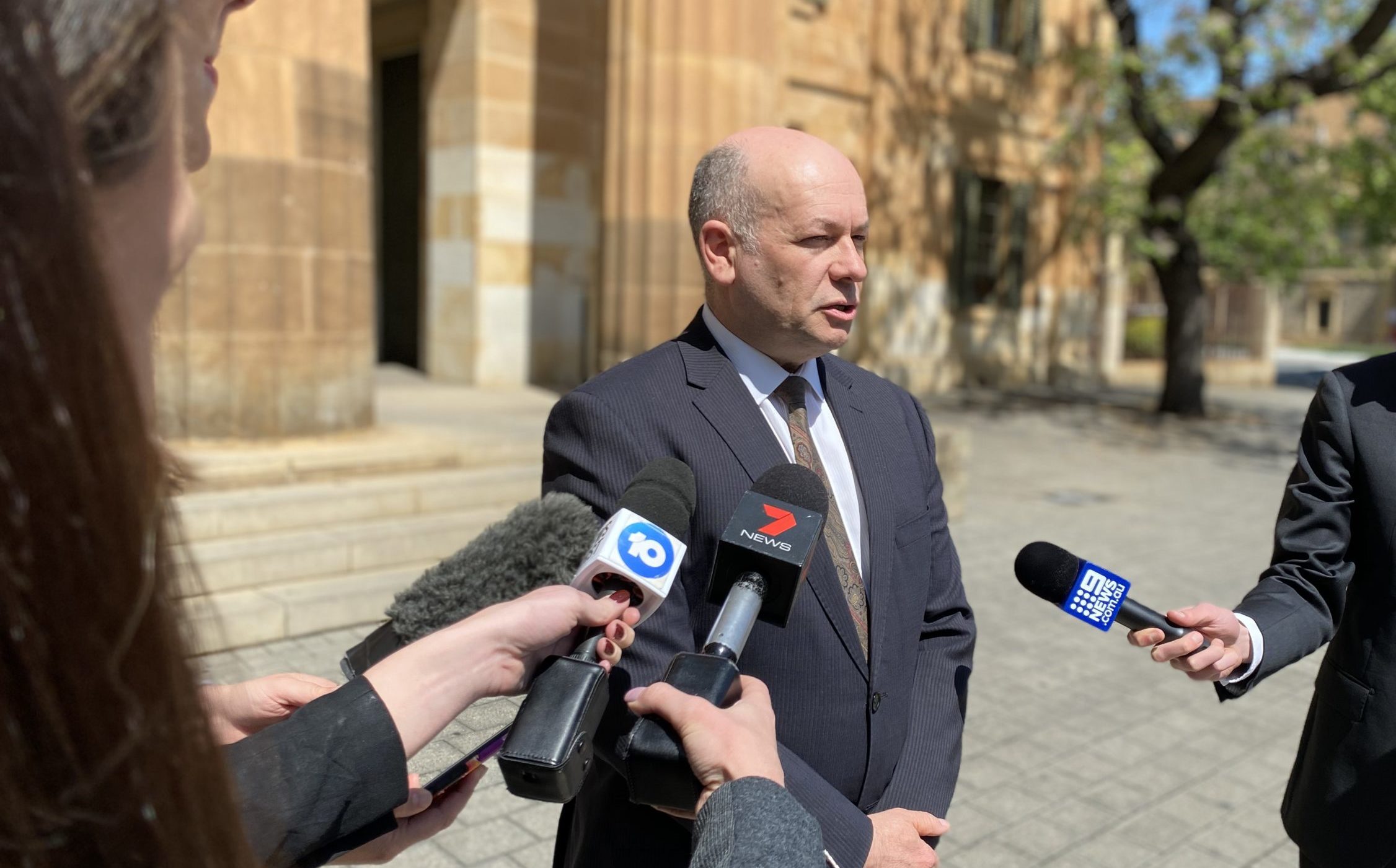 Hanna also pondered “the LGA’s motivation” in lodging the complaint, arguing: “I was probably the most outspoken person criticising the faults of the LGA leading up to 2018.”

He said it was “defending the interests of ratepayers which led me to criticise the excesses of the LGA board – and now they’re at it again”.

In a statement, LGA CEO Matt Pinnegar said the Association “values and respects all of its members”.

“We were obliged to write to the Electoral Commissioner about numerous misrepresentations made about the LGA during the 2018 local government elections,” he said.

“The LGA doesn’t decide who gets prosecuted.”

The court heard Hanna distributed 24,000 leaflets – to around half the relevant electorate.

However Sale agreed that Hanna having received in excess of 9000 votes in a “resounding victory”, “there is no suggestion this matter had any impact on the outcome of the election”.

He noted Pinnegar’s comments to InDaily last week that the question of local government spending was a “vexed issue”, telling the court: “This was an issue that was a controversial one in the election and continues to be to this day – it was in that context that Mr Hanna made his inaccurate and misleading statement.”

He told prosecutor Holly Nikoloff she need not convince him of the importance of legal provision for accuracy in electoral campaigning, noting that “recent politics in other countries shows the value of these sort of provisions – if that’s not too cryptic in light of certain televised events in the last 24 hours”.

Sale also noted Hanna had sought to clarify the error by taking out a public notice in The Advertiser, although he noted “the public notices now sit between the Classifieds and the Obituaries, and are not particularly prominent I might say”.

ECSA had instructed Hanna to issue a correction via an equivalent leaflet campaign, but Sale accepted it was “physically impossible to do what the Commissioner asked you to, [which was] letterbox-drop 24,000 leaflets in essentially the week prior to the election”.

Although, he added, “I was rather attracted to the notion of Mr Hanna doing his ‘walk to Coventry’, retraction in hand”.

Sale said there had been “some political fallout Mr Hanna suffered as a result of his retraction” and accepted he was “very embarrassed and concerned about this matter”.

“He has had significant public criticism and public attention and that in itself is a punishment for him,” he told the court.

“To a certain extent the job that might normally be done by a conviction has already been done by the public attention.”

Sale added it was “not lost on me that we’re dealing with a man who spent decades of his professional life as a politician and that this is the first time he comes before any court”.

“That’s very significant in my mind,” he said.

Hanna served as a Labor MP in state parliament from 1997 until 2003 when he quit the party to join the Greens, which he subsequently also quit to sit as an independent.

He eventually lost his seat in the 2010 poll, and has served as Marion mayor since 2014.

He made an unsuccessful comeback to state politics in 2018, running as a candidate for Nick Xenophon’s ill-fated SA Best campaign.