In an email to staff late yesterday afternoon, the university’s council and Chancellor Catherine Branson revealed that Rathjen was paid $238,600 in lieu of a reduced notice period and $87,800 in statutory leave entitlements when he resigned from his job – which paid over $1m a year  – on July 20.

That was on top of the estimated $300,000 in the 15 weeks he was paid between the university accepting the compensation claim for sexual harassment and Rathjen’s eventual resignation, reported by InDaily last month.

Rathjen’s payout was negotiated while the university anticipated a $100 million black hole in its 2020 budget – largely prompted by the loss of international students due to COVID-19.

Rathjen resigned from the university 10 weeks after taking paid leave due to “ill health” and one day after he gave evidence to the state’s former Independent Commissioner Against Corruption Bruce Lander.

Lander last month found that Rathjen committed “serious misconduct” after he touched two of his female staff members in a sexual manner at a university function in April last year and later lied about his “egregious” and “entirely inappropriate behaviour”.

The university has refused to reveal how much it paid one of the women, whom Lander said Rathjen hugged, deliberately touched in a sexual manner and kissed on the mouth multiple times.

The compensation claim related not only to Rathjen’s behaviour , but the university’s handling of the woman’s complaint.

The university has also denied that it was aware of historical claims of sexual harassment from Rathjen’s previous employment as an academic at the University of Melbourne – referred to by Lander in a statement issued last month.

In the email to staff yesterday, Branson and the council justified Rathjen’s payout by claiming his lawyers had provided a “substantial specialist medical report that supported the claim of ill health”.

They blamed former Chancellor Kevin Scarce, who at the time acted on legal advice, for telling Rathjen his conduct did not warrant dismissal.

They also claimed that the university was not aware of the outcome of Lander’s investigation when it settled on Rathjen’s payout in July.

“At the time of the former Vice-Chancellor’s resignation, he was on paid leave, pending the outcome of the ICAC investigation, which was being conducted in private and was ongoing,” the email stated.

“The course and outcome of the investigation was not then known to the University.”

But according to Lander, the university’s senior executives – including Branson – were informed as early as January that Rathjen was subject to a workplace harassment complaint.

Lander noted that the woman wrote to the university in January seeking to resign and to receive compensation in relation to Rathjen’s behaviour and the way in which the university handled her complaint.

The commissioner said Scarce raised the correspondence with then Deputy Chancellor Branson and later with the Senior Executive Review Committee.

He said on March 23, the university’s convenor’s committee decided to accept the woman’s compensation claim.

The university said its council was not made aware of the matter until April – almost a year after the sexual harassment incident took place.

The council officially accepted the woman’s compensation claim on April 6.

The university told InDaily last month that it continued to pay Rathjen after accepting the woman’s compensation claim as its council was not informed of the sexual harassment incident until one year after it took place.

“The council, as the employer, was not able to undertake an investigation one year later when it became aware of the issue and was unable to take any further investigative response when the matter was referred to ICAC because ICAC asked the university not to do so,” a spokesperson said.

While Rathjen was found to have engaged in serious misconduct, Lander said none of the university’s public officers including the then or current Chancellor engaged in misconduct or maladministration as defined in the ICAC Act.

In their email yesterday, Branson and the council said it was “regrettable” that Lander did not release the full report detailing his findings of his investigation, but noted that “had the ICAC done so, the identity of the victims would have been inevitably disclosed”.

They said the university sought amendments and redactions to Lander’s report “solely to protect the innocent parties’ identities”. 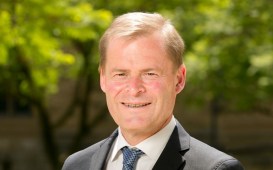 They also said Branson would speak to staff at a forum this week “in regards to this matter”.

“Working in an environment when your workplace is under scrutiny and subject to criticism is never easy,” the email states.

“We know that our staff care deeply about our university and its reputation.”