The Electoral Districts Boundaries Commission is expected to release its draft report by Saturday – and likely as early as tomorrow – detailing crucial changes to the state’s electoral map.

That’s likely to involve dramatic redistributions to the boundaries of Liberal-held regional seats, and could even see a country electorate abolished, and replaced by a new urban or peri-urban electorate.

Both major parties are poised to kickstart their preselection processes for key seats ahead of the March 2022 state election, with the draft report likely to prompt a flurry of factional horse-trading and manoeuvring as candidates firm for winnable campaigns.

The four-yearly boundary redraw will coincide with the Marshall Government’s bid to shake up the state’s electoral system, with a Bill before parliament – first revealed by InDaily last month – including a contentious push to introduce optional preferential voting for SA’s lower house.

The move would give voters the option to place a ‘1’ next to a single House of Assembly candidate without numbering subsequent preferences.

It’s among a raft of changes put forward by the Liberals, who are also proposing a ban on electoral posters – known as corflutes – being displayed on public roads. 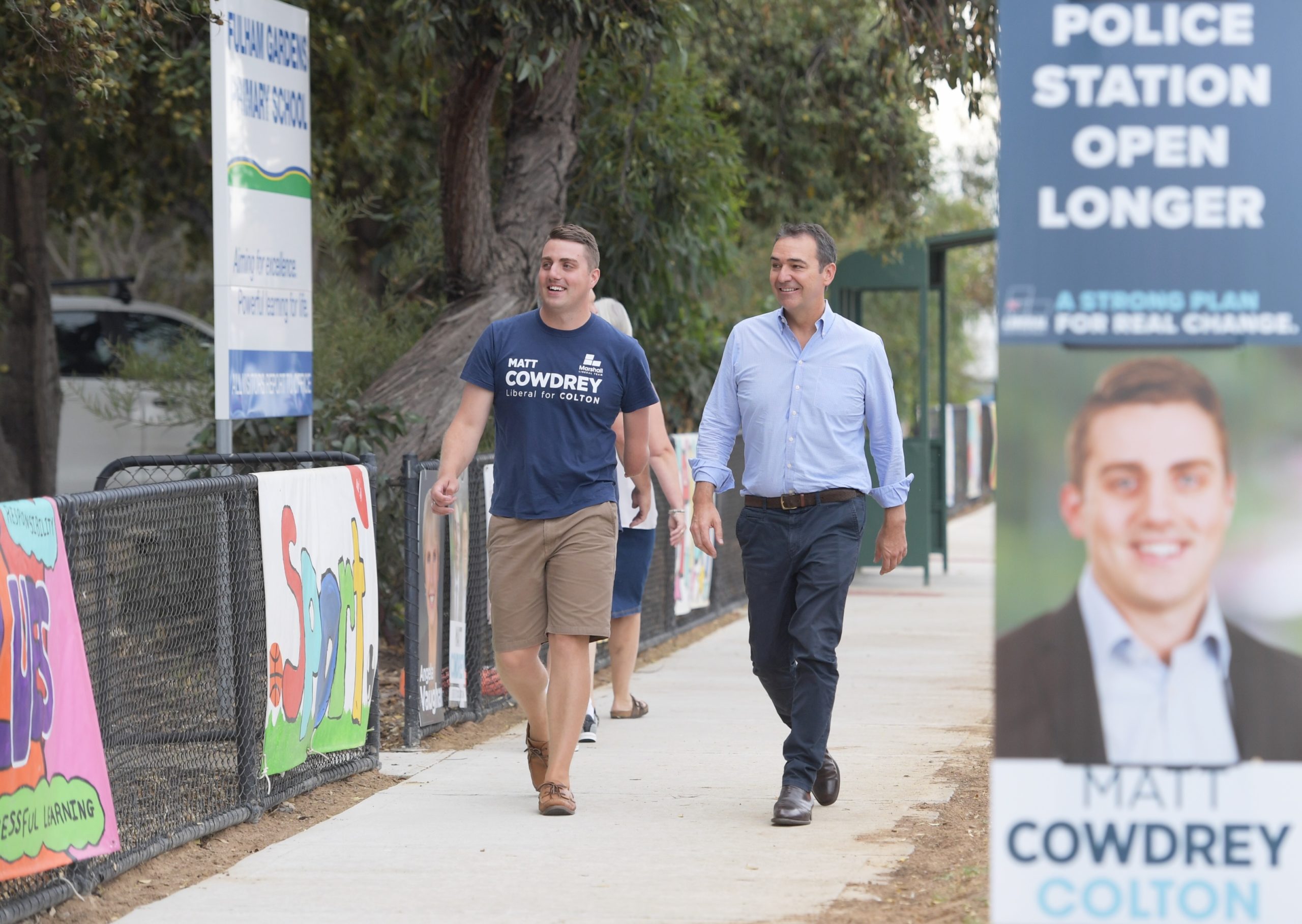 The future of the optional preferential voting [OPV] push will ultimately rest in the hands of the Legislative Council’s crossbench, with Labor strongly opposed to the change – which it sees as a bid by the Liberals to capitalise on their traditionally-stronger primary vote.

Advance SA MLC John Darley says he supports OPV in principle, while SA Best is staunchly opposed, leaving the Greens holding the key to the reform’s success – with party members to meet tonight to consider their official position.

Tammy Franks, one of the party’s two MLCs along with Mark Parnell, told InDaily that “all party members are invited to discuss the electoral reforms proposed in the legislation and put their own ideas on the table”.

“The party doesn’t have a defined policy on OPV, and all of our policies are created by our membership – listening to the members is something we should be doing,” she said.

However, social distancing requirements will limit the turnout to around 20, and there’s likely to be further discussion before a formal position is announced.

However, Franks and Parnell appear to have differing views on key aspects of the legislation, making the input of Greens members significant to the Government’s hopes of passing all – or even part – of its Bill.

“I’m open minded on it – I’m attracted to multi-member-electorate OPV, which is far more democratic that our current system,” Franks said.

However, Parnell told InDaily his “personal view has always been to oppose OPV in the lower house”.

“There’s a difficult mix of principle and pragmatism – as history shows, [OPV elsewhere] has very quickly developed into first past the post, with major parties running campaigns saying ‘just vote one’,” he said.

However, he noted, “we haven’t voted or debated this in parliament for a long time and we’re looking with fresh eyes at everything”.

“We’re carefully looking at all the Government’s amendments of the electoral act, and we’ll make a decision before parliament resumes.”

The Greens MLCs also indicated differing views on a move to increase access to pre-poll voting, with Franks declaring “everything should be on the table in terms of electoral reform and making elections fairer and more democratic”.

“Just because we’ve done an election a certain way for a century doesn’t mean we should do it that way in modern times,” she said.

“I think we should be making voting options more flexible to allow people to engage [and] the idea of allowing an election to be held on one Saturday may not be something we want to be doing under COVID anyway.”

She cited “people with disabilities, caring responsibilities, kids with special needs [and a] whole range of reasons why people need flexibility about voting”.

But Parnell argued that the final days of an election campaign were often crucial to helping voters decide who to support, saying: “I think our system would be worse off if we basically dispensed with voting day and had everyone voting when it suited them over a two-week period.”

Parnell voted against parliament’s last attempt to limit corflutes, but both Greens MLCs now say they are open to a corflute ban.

However, they are concerned that the Government’s Bill is too narrow and dependent on subsequent regulation for interpretation, with Parnell declaring: “We don’t know to what extent the bans will be.”

SA Best MLC Frank Pangallo firmly rejected curtailing preferential voting, saying: “We’re not going to support the Government on OPV… because it will be detrimental to the smaller parties.”

“It will make it more difficult for parties like ourselves and the Greens and others to get representatives up, and I think it’s important to have independent voices in parliament and policies that are separate from the ideologies of Labor and the Liberals,” he said.

Darley, who is meeting with Attorney-General Vickie Chapman next week to discuss the changes, said he “supports [OPV] in general” but would suggest an amendment.

“Her legislation says [you need] only put a number in one box – I’m going to suggest two,” he said.

He argued that would still leave scope for minor parties and independents to influence the result.

Asked whether the Government would seek to progress the Bill in amended form if aspects of it did not win crossbench support, Chapman’s office said “we won’t be talking in hypotheticals at this point in time – especially given briefings with the crossbench are currently ongoing”.

On original publication, this article stated Mark Parnell backed a ban on election corflutes, however has been amended to indicate that while open to the debate, he has not expressed support for the proposal.