New cabinet sworn in as search for Speaker continues

South Australia’s three new ministers have been sworn in at Government House this morning as the search for a new Speaker of the House continues.

Former Speaker Tarzia has been handed the portfolios of Police and Emergency Services and Correctional Services, Basham becomes Primary Industries and Regional Development Minister and Morphett takes on Trade and Investment.

Attorney-General Vickie Chapman adds Planning and Local Government to her portfolio, while Corey Wingard picks up Transport and Infrastructure and retains his existing portfolio of Sport, Recreation and Racing.

Premier Steven Marshall did not flag who would likely replace Tarzia in the Speaker’s role when announcing the new line-up yesterday, saying it was a “matter for the parliament”, which does not sit again for several weeks.

However, he admitted on Adelaide radio this morning he didn’t want to conduct such a major reshuffle amid the coronavirus pandemic, but said the new line-up had the right blend of experience and enthusiasm.

The Liberal Party’s majority Right faction is no longer represented in cabinet, with sources saying yesterday that a standoff for the Speaker’s role could see right-winger Dan Cregan break convention and nominate without the backing of the Liberal party-room.

Cregan was overlooked for cabinet promotion and it’s understood senior Left figures have also sought to block him getting the consolation prize of the Speakership when parliament resumes, instead supporting Hills-based moderate Josh Teague for the role.

Up to 50 South Australian nurses will travel to Victoria from Friday to boost the number of medical professionals working to fight COVID-19 outbreaks.

The volunteers will be deployed for up to four weeks, primarily working in aged care, after the federal government and Victoria Health appealed for assistance.

The team includes people with various expertise, including the delivery of aged care, infection control and logistics support.

SA nurses who travel to Victoria must self-quarantine for 14-days when they return home.

Earlier in July another contingent of SA nurses and paramedics travelled to Victoria to help during its COVID-19 response.

Australian Defence Force medics are also being sent into Victorian aged care facilities to help battle COVID-19 outbreaks after the death of another four residents.

Nine of Victoria’s 12 deaths on Monday and Tuesday were linked to outbreaks in aged care, bringing the state’s toll from the virus to 83 and the national toll to 167.

There are now 4775 active COVID-19 cases across Victoria, with 769 of those are linked to aged care homes and 414 among health workers.

Staff shortages due to isolation orders is being partly blamed for the deadly situation, with Deputy Chief Medical Officer Nick Coatsworth telling Nine senior nurses and managers had to avoid work because of coronavirus contacts.

“We have a completely different arrangement in SA than many other states,” he said.

“If people are infected with coronavirus here they are removed from aged care facilities while in other states they are keeping them in.

“We’re very satisfied the protocols we’ve put in place are the correct ones and we continue to monitor and learn from other jurisdictions here in Australia and around the world.” 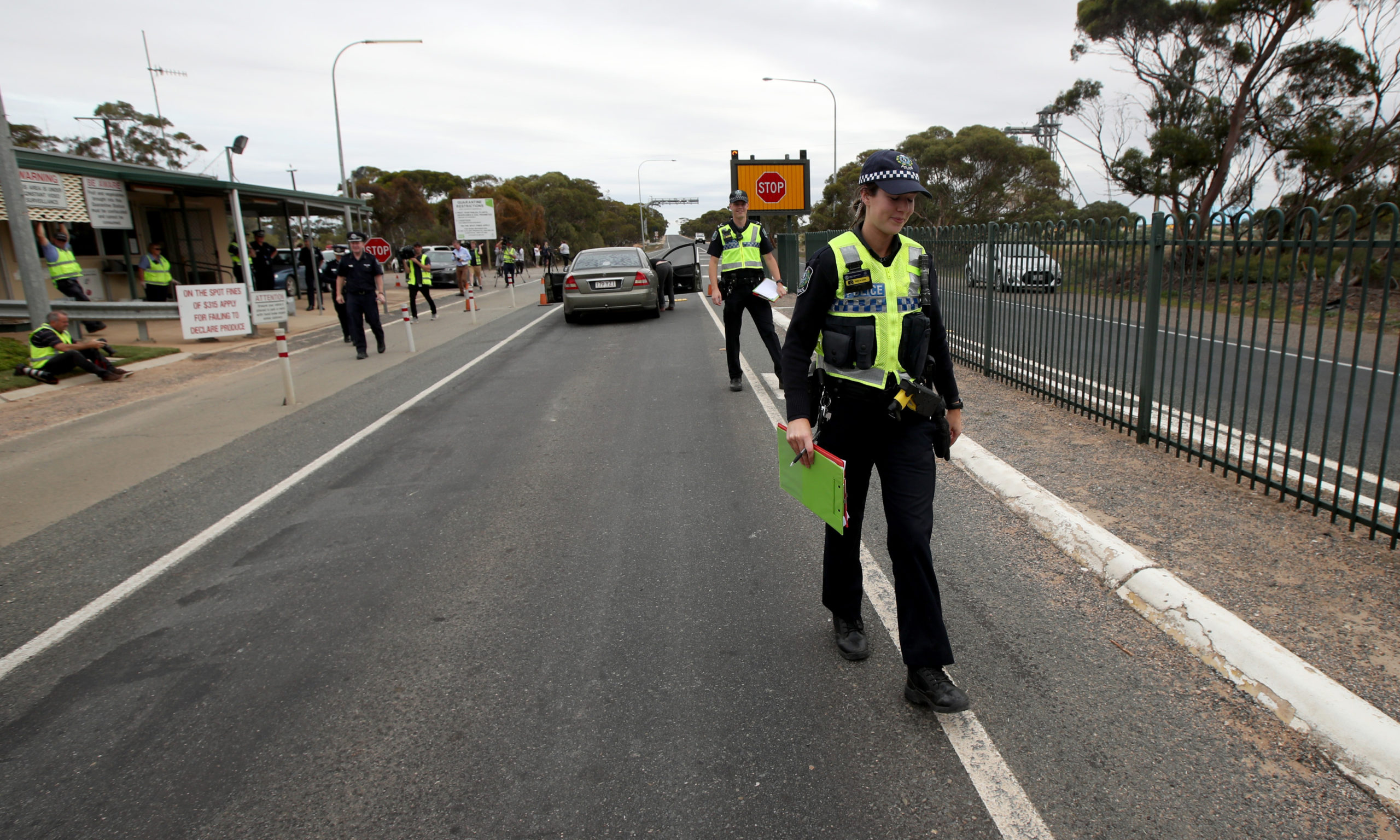 Hundreds of vehicles have crossed the border from Victoria into SA as a tighter lockdown came into force overnight, leading to long delays.

Pre-approved truck drivers told Adelaide radio this morning they were stuck in border check queues for up to 90-minutes before being waved through without their credentials being checked at all.

“They went back to the normal practise which has served SA extraordinarily well,” he said this morning.

“We have strengthened the border in regards to essential workers coming in and I think it’s only right. As the risk increases, the strength of the supervision increases.”

From today, residents are no longer allowed to return and tighter limits have been imposed on close border communities, with those residents only free to travel 40 kilometres each side of the state line.

SA Road Transport Association executive director Steve Shearer told ABC Radio that the industry had been vigilant about dobbing in those doing the wrong thing.

He said truck drivers were very low risk and there was a far greater risk of virus spread from general community members crossing state borders.

The new measures also follow a confirmed positive coronavirus case in a woman in her 20s who recently moved from Victoria to South Australia to take up a new job.

She travelled to Adelaide with three family members who are now in home isolation along with another family member who already lived in Adelaide.

The woman is in hotel quarantine.

“Our system has worked and the mandatory testing for anybody coming from Victoria did pick up that this woman was COVID positive,” she said.

The woman’s case takes the total diagnosed in SA since the start of the pandemic to 448 with only three of those considered active.

There were no new cases of COVID-19 reported in South Australia today.

Victoria has recorded 295 more coronavirus cases and another nine deaths.

Seven of the nine are linked to private aged care facilities.

The deaths take the state’s toll to 92 and the national figure to 176.

Following state and federal intervention into the besieged sector this week, patients have started being transferred from the virus-plagued homes.

Premier Daniel Andrews said today’s  deaths were two people in their 90s, five in their 80s, one in their 70s and another aged in their 60s.

He said nurses from hospitals had also been deployed to short-staffed nursing homes, with 400 shifts already filled.

Up to 50 nurses from South Australia will begin arriving in Melbourne to help from Friday.

Despite the rise in deaths, the number of new daily cases in Victoria continues fall from 532 new cases and six deaths on Monday and 384 cases and a further six deaths yesterday.

NSW reported 19 new cases today. South Australia’s daily figures are not likely to be announced until about 3pm.

A survey of South Australian youths has found that one in six 15-19 year olds have been homeless.

The figures included those who had experienced homelessness with or without their families, and had experienced time without a fixed address, lived in a refuge or transitional accommodation and/or had spent time couch surfing.

In response to the findings, Mission Australia says more must be done to improve the wellbeing and address the concerns raised by young people who are homeless or who have experienced homelessness.

The charity is also calling for more action to end youth homelessness in consultation and in collaboration with young people who have experienced homelessness and the sector.

“The physical and mental burden of shifting from one inadequate and temporary dwelling to another puts many South Australian young people at risk of missing out on vital education and employment opportunities,” Mission Australia State Director Mychelle Curran said.

“The current situation has presented both an opportunity and an urgency for governments to invest in social and affordable housing, which would address the rising rates of homelessness while also providing jobs and economic stimulus as the Australian economy recovers from the COVID-19 pandemic.”

The prices paid on consumer goods dropped by 1.9 per cent in the June quarter, the largest fall in the 72-year history of the Consumer Price Index.

The result was mainly the result of free child care and pre-school policies in several states, as well as a 19.3 per cent slide in the price of petrol, according to the Australian Bureau of Statistics.

“Excluding these three components, the CPI would have risen 0.1 per cent in the June quarter,” ABS chief economist Bruce Hockman said.

It is the first time the annual inflation rate has entered negative territory since 1997 and the biggest single quarter fall since records began in 1948.

There were, however, notable increases in the prices of certain goods.

The price of cleaning supplies rose 6.2 per cent, non-durable household good prices such as toilet paper increased 4.5 per cent, furniture prices rose 3.8 per cent, and household appliance prices increased by 3.0 per cent.

“High demand saw a reduction in specials and genuine price increases on a range of long-life products such as canned tuna and canned meat, rice and pasta,” the ABS said.

By 11.30am, the Australian dollar was buying 71.65 US cents after initially dropping following the 10.30am inflation announcement. It is still up from 71.32 US cents at Tuesday’s close.

Ahead of the ABS release, banks helped push Australia’s share market slightly higher in early trade after the regulator eased restrictions around their dividend payouts.

Overnight, several major US companies reported earnings that fell short of analysts’ already lowered expectations as the coronavirus pandemic stole customers away and increased some costs.

The US Federal Reserve also began a two-day meeting on interest rates, with an announcement scheduled for Thursday morning. Investors largely expect the central bank to keep short-term rates at their record low.

The three major US stock indices ended between 0.6 per cent and 1.3 per cent lower.

Australia lauded by US for standing up to China

US Secretary of State Mike Pompeo has commended Australia for refusing to bow to China despite “coercive pressure from the Chinese Communist Party”.

The US and Australia committed to pursue increased and regular “maritime cooperation” in the South China Sea and deepen defence science technology cooperation on hypersonic, electronic warfare and space-based capabilities.

“The United States commends the Morrison government for standing up for democratic values and the rule of law,” Pompeo said at a press conference..

“It is unacceptable for Beijing to use exports, or student fees as a cudgel against Australia.

“We stand with our Australian friends.”

The US and Australian delegations agreed to the potential expansion of US Marine rotational force joint training exercises in Darwin to include additional partners and allies.

The US and Australia also intend to strengthen supply chains by establishing a US-funded commercially operated strategic military fuel reserve in Darwin.

Payne said Australia had no intention of injuring its relationship with China.

Meanwhile, US Democratic presidential candidate Joe Biden has told reporters he will name his running mate in the first week of August, days before he formally accepts his party’s nomination at the Democratic National Convention.

Biden’s search for a vice presidential candidate has drawn intense scrutiny, in part because he would be the oldest president in US history at 78 years old as of Inauguration Day.

Biden has vowed to select a woman to join his ticket ahead of November’s election against Republican President Donald Trump. 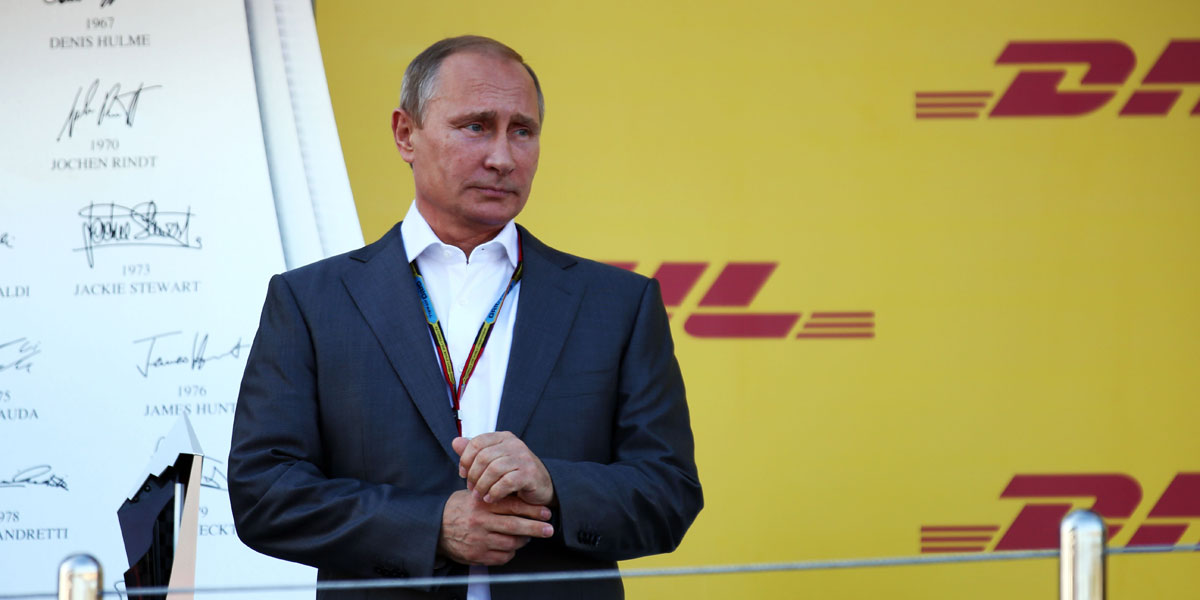 President Vladimir Putin has backed a surprise bid from Russia to rival Australia’s pitch to host the 2027 Rugby World Cup.

The Russian Rugby Federation has confirmed the country will bid to stage the global tournament, with Australia the current favourites to earn host status for the first time since 2003.

World Rugby’s official host bidding process will open in February 2021, with the 2027 host decision expected in May 2022.

France held off competition from Ireland and South Africa to stage the 2023 tournament, with Japan having enjoyed a record-breaking competition in 2019.

Russia finished bottom of Pool A at Japan 2019.

“The necessary consultations were held with the participation of the ministry of sports. By the end of this year detailed information and criteria for the application are expected.”