South Australia has recorded its ninth consecutive day of no new coronavirus infections.

SA Health confirmed today there were only 12 confirmed active cases remaining in the state.

Of the 438 people who have tested positive to COVID-19 in South Australia, 97 per cent have recovered.

More than 1200 South Australians were tested yesterday, bringing the state’s number of tests to around 58,000.

“We are very much looking forward to a day where we can say we have no active cases in South Australia,” she said.

“It’s a very good place to be when we are planning to look at lifting these restrictions.” 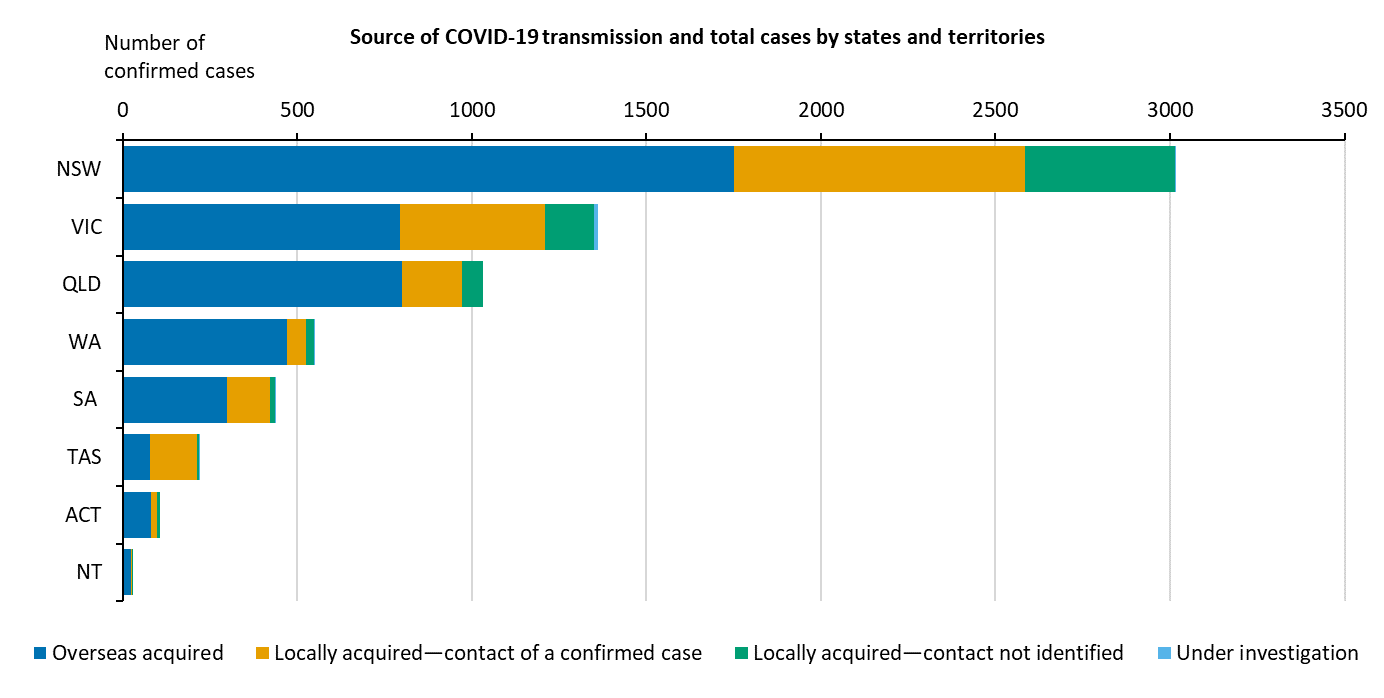 Some of Australia’s coronavirus restrictions will be lifted earlier than expected with state and federal leaders set to make an announcement next Friday.

Prime Minister Scott Morrison said national cabinet would ease restrictions after next week’s meeting, bringing forward the decision from May 11.

“Australians have earned an early mark through the work they have done,” he told reporters in Canberra on Friday.

Expanding testing, boosting contact tracing and preparing the health system to deal with the disease were key benchmarks needed to relax rules.

But he urged people across the country to download the COVIDSafe app to help monitor potential infections in the community.

The cabinet has also agreed upon on a set of national principles on sport and recreation, which will be released later today.

Some freight services resume out of Adelaide

Some international freight services out of Adelaide Airport are set to resume after being brought to a standstill by the global coronavirus pandemic.

Singapore Airlines will use passenger aircraft to carry cargo out of Adelaide with flights scheduled for May 6 and May 13.

But he said the flights already scheduled and any future flights were dependent on industry support.

“If you are an exporter with customers in Singapore or another destination on their global network, I urge you to urgently contact your customers and freight forwarders to make use of this service,” he said.

“Success of this first service may lead to a resumption of freight-only air services to other markets.”

The State Government says attendance at government schools has risen through the first week of second term, with department figures showing more than 69 per cent of students are now at school.

Education Minister John Gardner said more than double the number of students were learning at school this week compared to the end of term one.

He said these attendance rates were “similar” to the Northern Territory and Western Australia, where governments are also encouraging the return of students to school sites.

“At the end of Term 1, our schools were preparing to face a different scenario this week,” he said. “The low rates of COVID-19 in SA are great news for our community, but have presented some complexity for our schools as we transition back to face-to-face teaching sooner than expected.”

Aged care providers will get another $205 million from the federal government to help them keep centres open to visitors during the coronavirus crisis.

The national cabinet has also adopted an aged care industry code to ensure families and carers can visit residents in nursing homes.

Providers will receive $900 per occupied bed under the new funding package, with regional centres offered $1300 per resident.

Bleak new figures have underscored the worldwide economic pain inflicted by the coronavirus: the number of people filing for US unemployment benefits has climbed past a staggering 30 million while Europe’s economies have gone into an epic slide.

And as bad as the numbers are, some are already outdated because of the lag in gathering data, and the true economic picture is almost certainly much worse.

In the US, the government reported that 3.8 million laid-off workers applied for jobless benefits last week, raising the total to 30.3 million in the six weeks since the outbreak took hold.

Some economists say that when the US unemployment rate for April comes out next week, it could be as high as 20 per cent – a figure not seen since the Depression of the 1930s, when joblessness peaked at 25 per cent.

There was grim new data across Europe, too, where more than 130,000 people with the virus have died. The economy in the 19 countries using the euro shrank 3.8 per cent in the first quarter of the year, the biggest contraction since the eurozone countries began keeping joint statistics 25 years ago.

France’s economy shrank an eye-popping 5.8 per cent, the biggest quarterly drop since 1949. In Spain, the contraction was 5.2 per cent. Germany is projecting that its economy, the eurozone’s biggest, will shrink 6.3 per cent this year.

Unemployment in Europe has reached 7.4 per cent, the statistics agency Eurostat reported. However, big job-protection programs run by governments are temporarily keeping millions of Europeans on payrolls, sparing them from the monumental lay-offs the US is reporting.

“This is the saddest day for the global economy we have ever seen” in the 50 years that economists at High Frequency Economics have been following the data, they wrote in a report.

Even then, the statistics do not capture the enormity of the economic crisis. The quarterly figures cover January through March, and many of the lockdowns in Europe and the US were not imposed until March – the second half of March, in a multitude of places in the United States.

The virus has killed more than 230,000 people worldwide, including more than 61,000 in the US, according to a tally by Johns Hopkins University. Confirmed infections globally topped 3.2 million, with 1 million of them in the US but the true numbers are believed to be much higher because of limited testing, differences in counting the dead and concealment by some governments.