South Australia has gone eight days without any new coronavirus infections, as a 14-day testing blitz comes to an end.

There are only 14 active cases remaining with no patients in intensive care. Three people remain in hospital.

Of the 438 people who have tested positive to COVID-19 in South Australia, 96 per cent have recovered.

About 19,500 South Australians were tested over the past fortnight, bringing the state’s total number of tests to about 57,389 or 3.2 per cent of the state’s population.

“To date just 0.02 per cent of the South Australian population has tested positive to COVID-19,” he said.

Despite the end of the testing blitz, SA chief public health officer Professor Nicola Spurrier said the current level of testing would continue and extend to people who are asymptomatic.

She said SA Health was currently developing a “comprehensive plan of surveillance” that will determine when coronavirus-prompted restrictions will be lifted.

“This will include some people with no symptoms whatsoever,” she said.

“You could say that could be a needle in a haystack when you’ve got such low numbers as we have in South Australia, so our initial focus will be on health care workers and aged care workers because they come into close contact with sick people.

“It is absolutely critical that we keep doing the testing, so much so that we are going to be testing on asymptomatic individuals but focussing on high-risk cohorts.”

She said earlier today that a second wave is always a possibility and if it eventuates it’s most likely to come from interstate or overseas.

She also encouraged people with very mild symptoms to be tested for COVID-19.

There are still no cases among the 699 Australians repatriated from India last week, though they remain in quarantine at two Adelaide hotels.

Health officials are also preparing to meet regional leaders amid moves to allow more movement around the state.

Spurrier said Australia’s strong performance in controlling the pandemic had come as something of a surprise but was the result of the measures put in place to limit the spread of the virus.

“I think many people are surprised in Australia at how well we have done. Really, this is the safest place to be in the world, perhaps other than New Zealand,” she said.

“It’s taken a lot of work and it’s meant that everybody has had to play their part and I absolutely understand how difficult the restrictions have been. 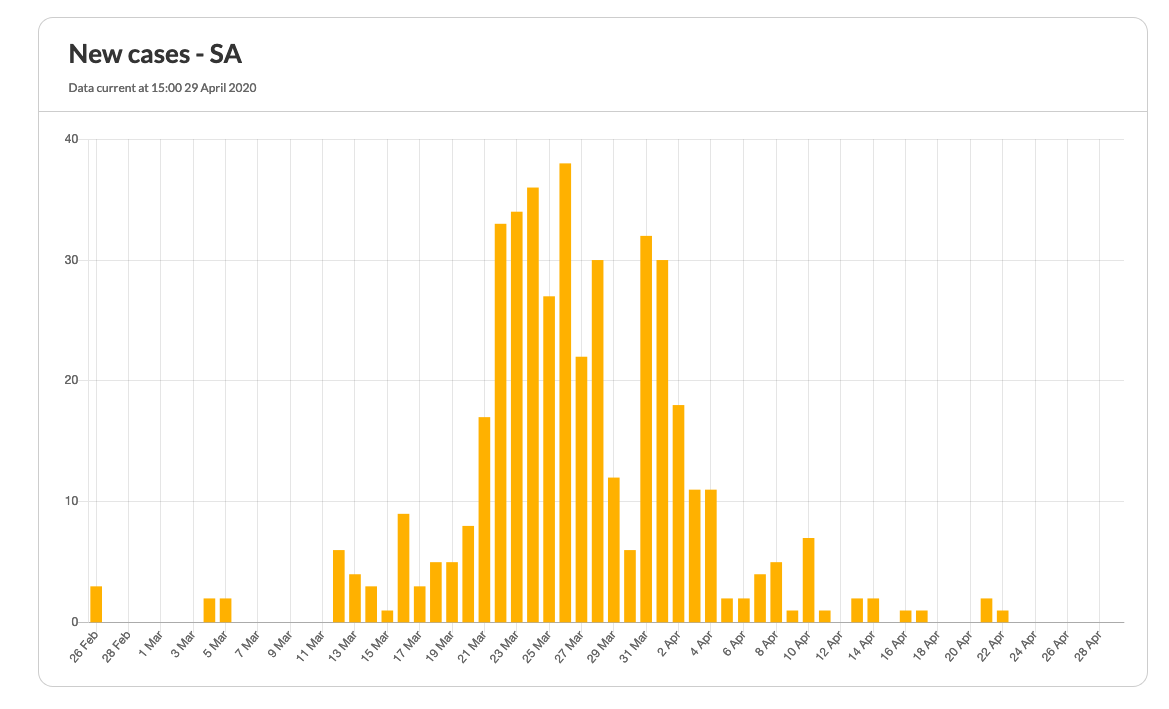 Evidence on schools suggests closure could have benefits

After insisting that schools should stay open and the evidence is clear for this, Chief Public Health Officer Nicola Spurrier released a review of evidence today which suggests closing schools may reduce transmission rates for COVID-19.

The review of international evidence, which she ordered, reveals a “limited and mixed” picture, but also found studies showing that children are at a similar risk of infection as adults and can transmit the virus to others.

Conducted by SAHMRI, Health Translation SA and the Commission on Excellence and Innovation in Health, the review found: “Studies of COVID-19 transmission (mostly peer-reviewed evidence) indicates that children are at a similar risk of infection as the adult population, that they have mostly mild symptoms or are asymptomatic, but can still transmit the virus to others.

“Modelling studies (non peer-reviewed, pre-print studies) suggest that school closures may reduce transmission rates in the community, and delay the peak of the epidemic, but may not reduce the height of the peak (cases per 100,000), and that school closures would need to be implemented in conjunction with other strategies for an extended period of time in the absence of a vaccine, or other effective control strategies.”

The study found there were “other risks of school closures to be weighed against potential social distancing gains”.

“These include the foreseeable increased demand for supervision of children and the associated impact on the health workforce, the potential impact on transmission and disease of supervision by older persons, and social harms if children are inadequately supervised and cared for.”

However, the review also stated that not closing schools may negatively influence public behaviour.

Spurrier said today she stood by her constant message that sending children to schools is safe.

The union says 1650 members responded, with just under a quarter saying they did not have adequate access to sanitising products, and 36 per cent believing their school’s cleaning regime was inadequate.

Just under 45 per cent reported feeling unsafe in their workplace.

The union also reports “excessive workloads” for teachers, with teachers delivering a “hybrid” model of learning. Over a third of students – 36 per cent- were learning online, while teachers also had “large groups of students” in classrooms.

South Australians positive with COVID-19 but well enough to self isolate at home will receive daily support from two new dedicated teams of GPs and nurses.

Those diagnosed will receive phone calls from nurses checking on patients’ symptoms each day, as part of the Remote Monitoring Service.

Patients will also be assessed on how they are coping at home and can organise extra consultations with GPS via the new Assessment Team if needed.

The services will also be available to the 699 Australians repatriated from India last week, currently quarantining in two Adelaide hotels.

Across the two teams, 40 specialist GPs and a flexible roster of nurses will provide the care.

“Keeping patients connected to a healthcare professional every day ensures that anyone whose symptoms worsen is immediately identified and provided further treatment and support,” he said.

More than 6746 cases have been recorded in Australia, with less than 1100 still considered ‘active’. Of those, 89 have died and 5667 have recovered.

Twenty-one of the deaths were passengers on the Ruby Princess cruise ship, four were on the Artania in WA and 12 were residents at the Newmarch House aged care home in Sydney.

More than 550,000 tests have been conducted across the country.

Over a million people have recovered from the coronavirus worldwide.

Initial JobKeeper payments – part of a $130 billion package – will be received by employers soon.

The federal government is offering private schools early payment of more than $3.3 billion if they get students back into classrooms by June.

Australian manufacturers will get $48.3 million in funding from the federal government to help modernise their operations and create 2600 new jobs. 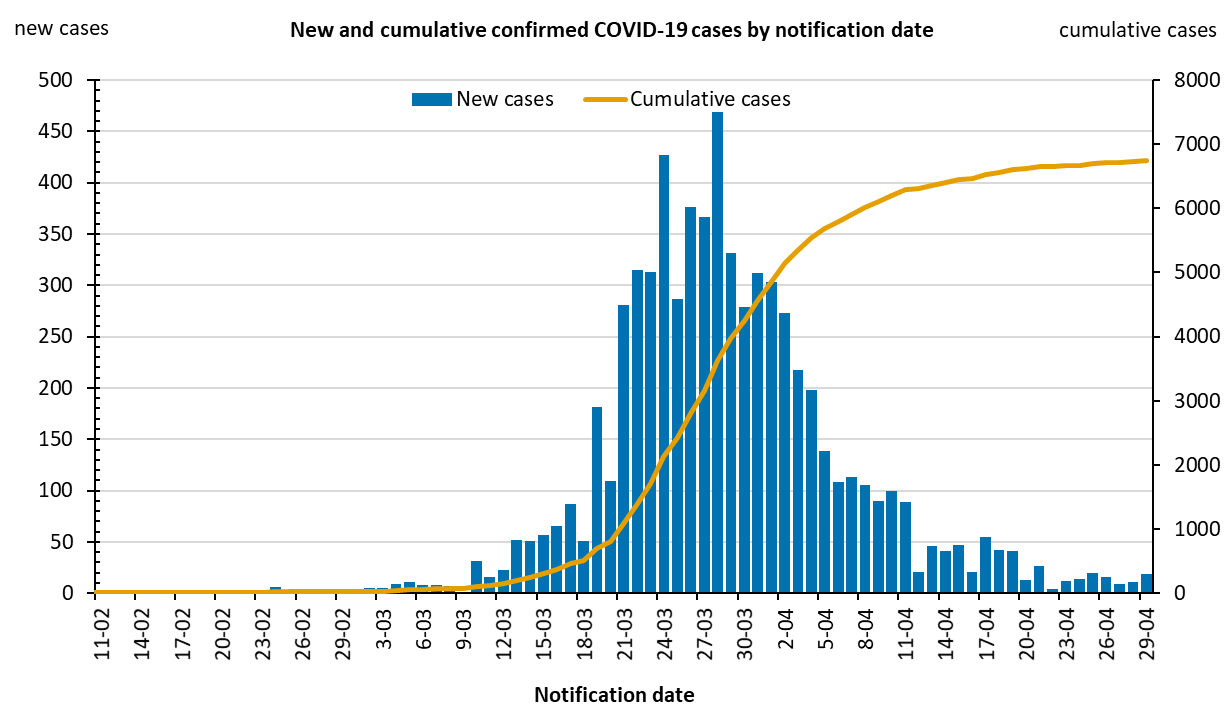 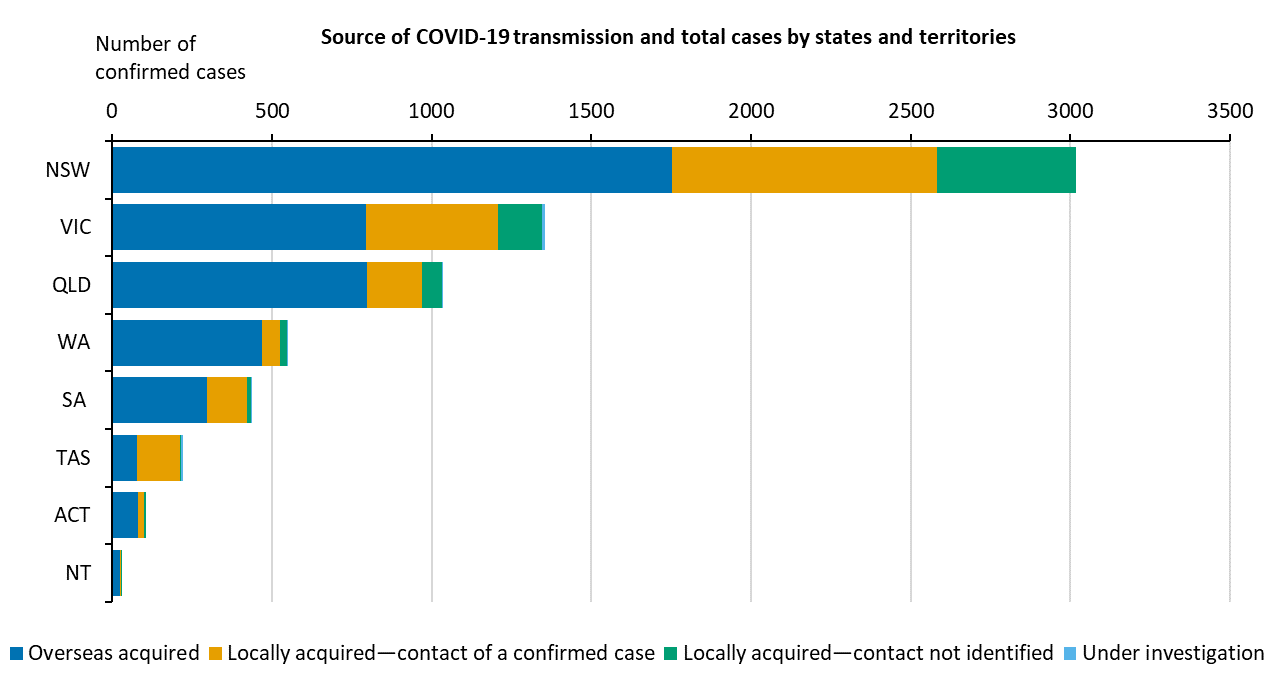 The United Kingdom now has Europe’s second-highest official death toll from the coronavirus pandemic, according to new figures that cover fatalities in all settings including in nursing homes.

Public Health England (PHE) said on Wednesday that 26,097 people had died after testing positive for the coronavirus as of April 28. That means the United Kingdom has had more COVID-19 deaths than France and Spain have reported.

“These more complete data will give us a fuller and more up to date picture of deaths in England and will inform the government’s approach as we continue to protect the public,” Yvonne Doyle, medical director at PHE, said.

Although international comparisons are difficult, the new figures confirm Britain’s place among the European countries worst hit hardest by the pandemic.

Italy said on Wednesday that 27,682 people had died after testing positive for coronavirus.

Like Britain, its figures are based on deaths following positive coronavirus tests, in all settings.