The Government-appointed razor gang’s deal had been renewed for at least 12 months as recently as January, but partner Mark Mentha confirmed that arrangement was now in limbo, as Health Minister Stephen Wade told InDaily: “The implementation of the State Liberal Government’s financial recovery program for the Central Adelaide Local Health Network through its contract with KordaMentha has been suspended.”

Wade said CALHN’s largest hospital, the Royal Adelaide, “is our COVID-19 hub and the network needs to make its COVID-19 pandemic response its priority at this time”.

“Our full focus needs to remain on protecting South Australians from the impacts of the pandemic,” he said in a statement in response to questions about whether the administrators could continue to operate in the current climate.

Mentha, who has previously overseen the administration of the Whyalla steelworks, Ansett airlines and Network Ten, told a parliamentary inquiry last year that CALHN was “the most broken organisation I have ever witnessed, both financially and culturally… in my 40 years of experience”.

“In terms of the clinical and non-clinical outcomes that we have witnessed and continue to witness… this is a failing organisation,” he said at the time, slamming a looming $300 million budget blowout identified in his initial audit as “a shameful waste of taxpayers’ money”.

But Mentha told InDaily today: “I think it’s a very different CALHN to the one we walked into 18 months ago.”

“There’s been a complete change in leadership, in systems and process controls… it’s on a trend that’s improving all the time, it’s a process of continuous improvement,” he said. 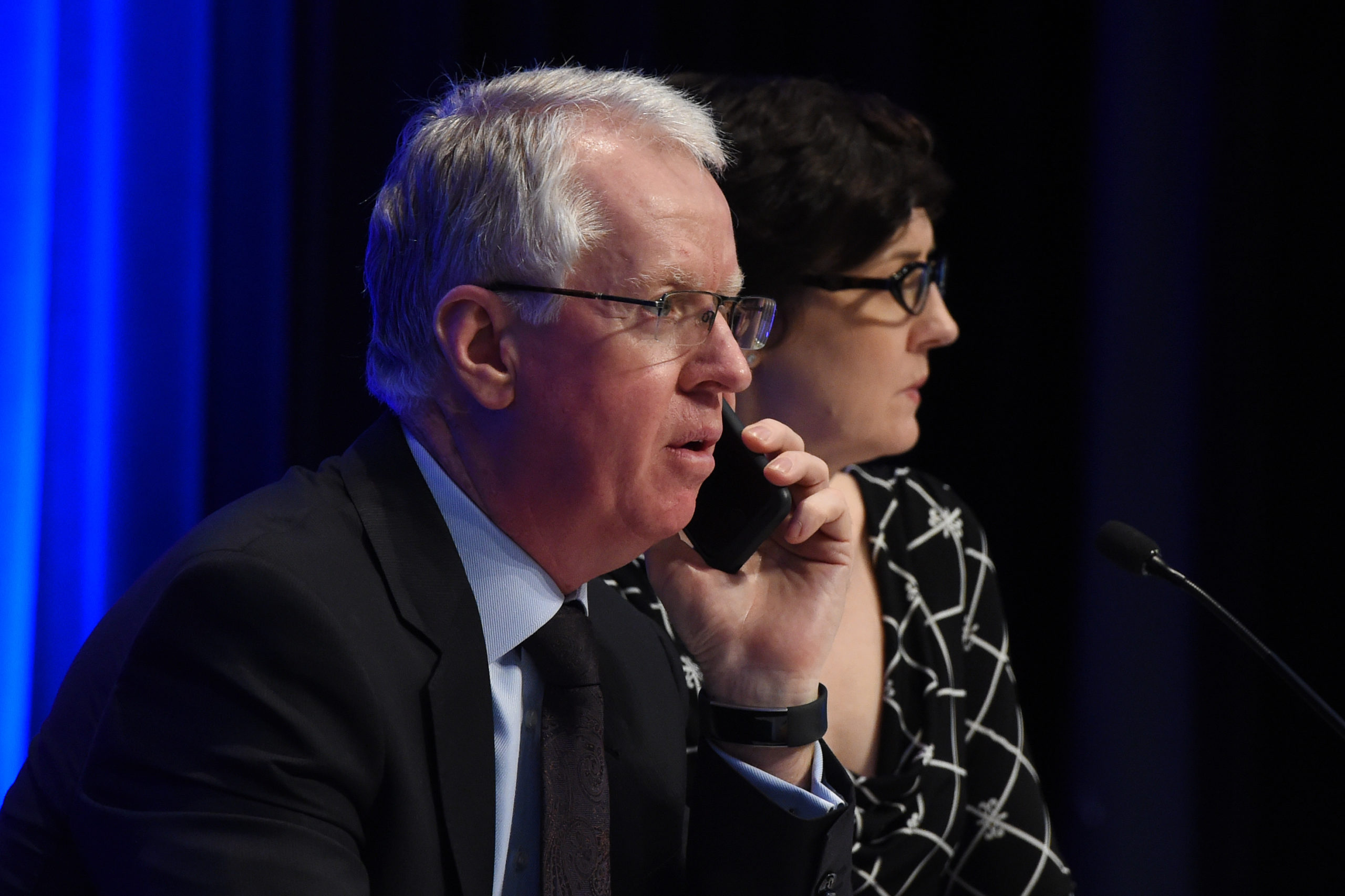 Mentha noted that SA Health’s response to the COVID-19 outbreak “shows you that many of the changes that have been put in place have reaped dividends in this very difficult time”.

He confirmed KordaMentha was “standing down for a period of time” from its audit, with the specific period yet to be finalised.

“Given the success SA, in particular, is having with COVID-19, we’re yet to form a view as to how long that will be for,” he said.

“Obviously a couple of weeks ago we thought it might be three months or more, but we’re reviewing that all the time.”

He noted, though, that “there’s an absolute desire to continue the program and workstreams we’ve been working on with the Department of Health”.

Asked whether the suspension involved a financial settlement, he said it was “basically voluntary from both parties”.

“We’re standing down, so there’s no payment in lieu or anything,” he said.

“We’ve been paid for the work that’s been completed thus far… there won’t be any ongoing billing arrangements.

“We have a contract that governs our relationships, obviously [but] we’re basically doing a variation to the contract to allow them to focus on what they’ve got to focus on given the COVID-19 situation.”

KordaMentha’s restructuring program appeared incompatible with the current efforts to deal with the coronavirus crisis on several fronts: the Government has thrown money into setting up new COVID-19 hubs, while elective surgeries have been cancelled.

Moreover, the ongoing audit could be considered detrimental to staff morale, while also diverting administrative resources away from the pandemic response.

KordaMentha’s auditors also had been working on a fly-in/fly-out basis, and the firm had engaged several consultants from the UK on short-term contracts – all of which would have become problematic amid border controls and the cessation of airline services.

Mentha said his staff “all have apartments in Adelaide” but “when the borders closed, those that aren’t SA based [were] brought home”.

He said there was “obviously a pipeline of work that can be done remotely” but “we wanted everyone focussed on the COVID-19 response”.

“It’s all hands on deck, and they’ve done an amazing job in managing that,” he said.

“We said from the beginning that the CALHN turnaround wouldn’t happen overnight and the continued engagement of the KordaMentha team is essential to continue CALHN’s progress in becoming an efficient and responsible organisation,” he said at the time. 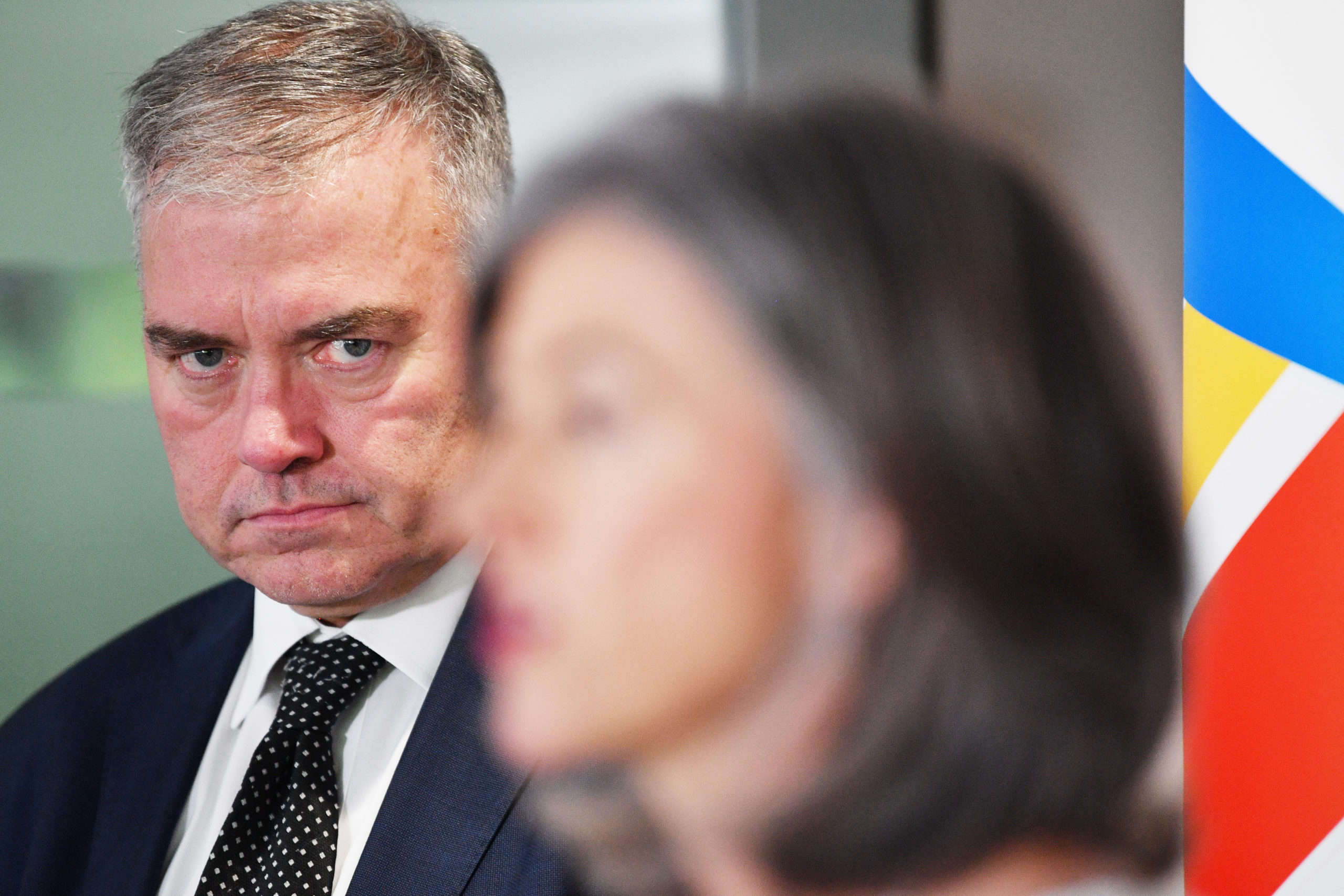 The latest contract of $20.8 million was due to expire next February – but with an optional six-month extension.

Wade today thanked KordaMentha “for their support in helping CALHN evolve and mature in a more efficient health network”.

“There is no doubt that the cultural, organisational and financial reform achieved, and the improvement in patient services that have been delivered through this partnership to date, have better prepared CALHN for the impacts of coronavirus,” he said.

An inter-agency taskforce was also set up in January after Independent Commissioner Against Corruption Bruce Lander handed down a damning report into SA Health, detailing a raft of concerns, including a professional culture that enables corruption.

InDaily has not received a response as to whether that panel, which includes the state’s top bureaucrat Jim McDowell and SA health chief Chris McGowan, will continue its work during the pandemic response.