Staff sources have told InDaily patients and members of the public have been “stealing” hand sanitiser bottles, with hospitals such as the Lyell McEwin forced to use store-bought cables ties to secure them to walls in some sections, including the Acute Medical Unit.

One source said even the chemotherapy suite had seen dispensers pilfered, with staff concerns about ongoing supply.

SA Salaried Medical Officers’ Association president Dr David Pope confirmed “there are increasing concerns about the supply chains of those things”, which is “probably affecting different sites in different ways”.

He noted “soap and water works in the absence of sanitiser but takes longer to use”.

“I’ve heard of it happening at various sites including the Lyell McEwin,” Pope said.

He said he wasn’t aware of supplies being locked away or tied in place, but acknowledged: “That would make sense.”

“My message would be: those things are crucial for the operation of our hospitals – if you don’t want our hospitals collapsing, don’t take the hand sanitisers,” he said. 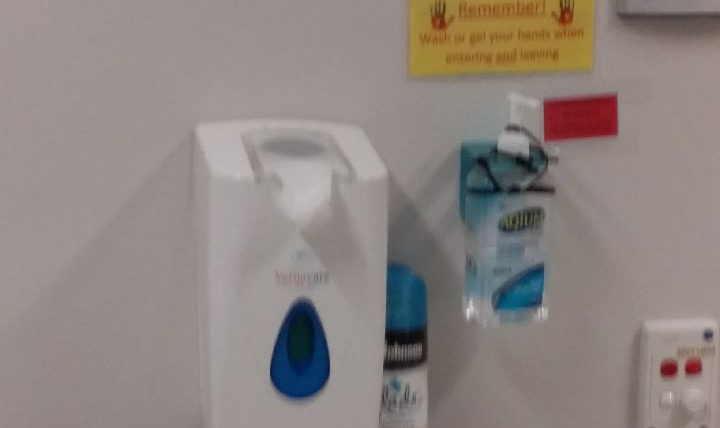 However, SA Health downplayed concern, with a Lyell McEwin spokesman saying in a statement that “there is no shortage of hand sanitiser”.

“Our staff do their best to ensure hand sanitiser is available across the hospital for both staff and patients,” they said.

“Unfortunately hand sanitisers do go missing from time to time, and we regularly replenish them when the need arises.”

Exploding sales of sanitiser in stores have prompted claims of price gouging on social media.

Priceline are price gouging. Selling bottles of hand sanitizer for $25. I have a 4yr old in my family going through chemo for cancer. She has almost no immunity. I can’t get hand sanitizer anywhere. Priceline taking advantage of families like mine. #boycottpriceline #covid19au pic.twitter.com/p9EhJSIHZx

It comes as nurses step up their fight for improved conditions amid an ongoing enterprise bargaining standoff, with union boss Elizabeth Dabars saying members “have never before confronted such challenging conditions in hospital wards”.

“Violence, drug- afflicted patients, staff shortages and then you add the pressures of COVID Coronavirus – it is a dangerous mix,” she said.

A union flyer posted in the Lyell McEwin this week claims the hospital “has refused your union approval to visit ward and other work areas to discuss the progress of your enterprise bargaining negotiations with you”, arguing the employer has restated a commitment to reducing night shifts by half an hour, capping staffing levels and removing ‘no forced redundancy’ provisions.

Premier Steven Marshall said today he was “absolutely” confident hospitals had the staff required to meet the COVID-19 crisis.

ECH College Grove and the Wakefield Hospital will be repurposed from next month to provide an additional 188 beds to manage the anticipated increase in the number of South Australians needing hospitalisation as a result of the coronavirus, the Premier said today.

“Wakefield Hospital will be dedicated to caring for mildly acute COVID-19 patients in a 130-bed facility,” he said.

“Both hospitals will assist in providing a greater level of protection for the wider community by minimising the incidence of the transmission of coronavirus.”

The Government will lease them from their private sector owner for at least six months.

“We will continue to engage with the private sector and all elements of the health sector to make sure South Australians impacted by the virus can receive the care they need in the most appropriate surroundings,” Wade said in a statement.

“We thank the new owners of the properties for their willingness to make the facilities available.”

He said both facilities, which were in use up until just a few months ago, were “suitable for patients and no structural works are required”.

Marshall today continued to stand by the national and local response, insisting that while it may change, the current advice from experts advising state and federal governments was for schools and early learning centres to remain open.

“We’re not going to see scenes like we’ve seen in northern hemisphere countries like Italy,” he said.

But independent retailers today slammed his Government for allowing supermarkets almost unfettered trade for a month from Saturday, labelling the decision “absurd”, with a key union claiming the move “politicises” the coronavirus crisis.

Marshall met with retailers just yesterday to discuss supply issues during the coronavirus pandemic, but did not alert them to a looming announcement, via the News Corp press, that all supermarkets would be granted a regulatory exemption allowing them open 24/7 on weekdays, from 12am to 9pm Saturdays and from 9am to 9pm Sundays for 30 days. 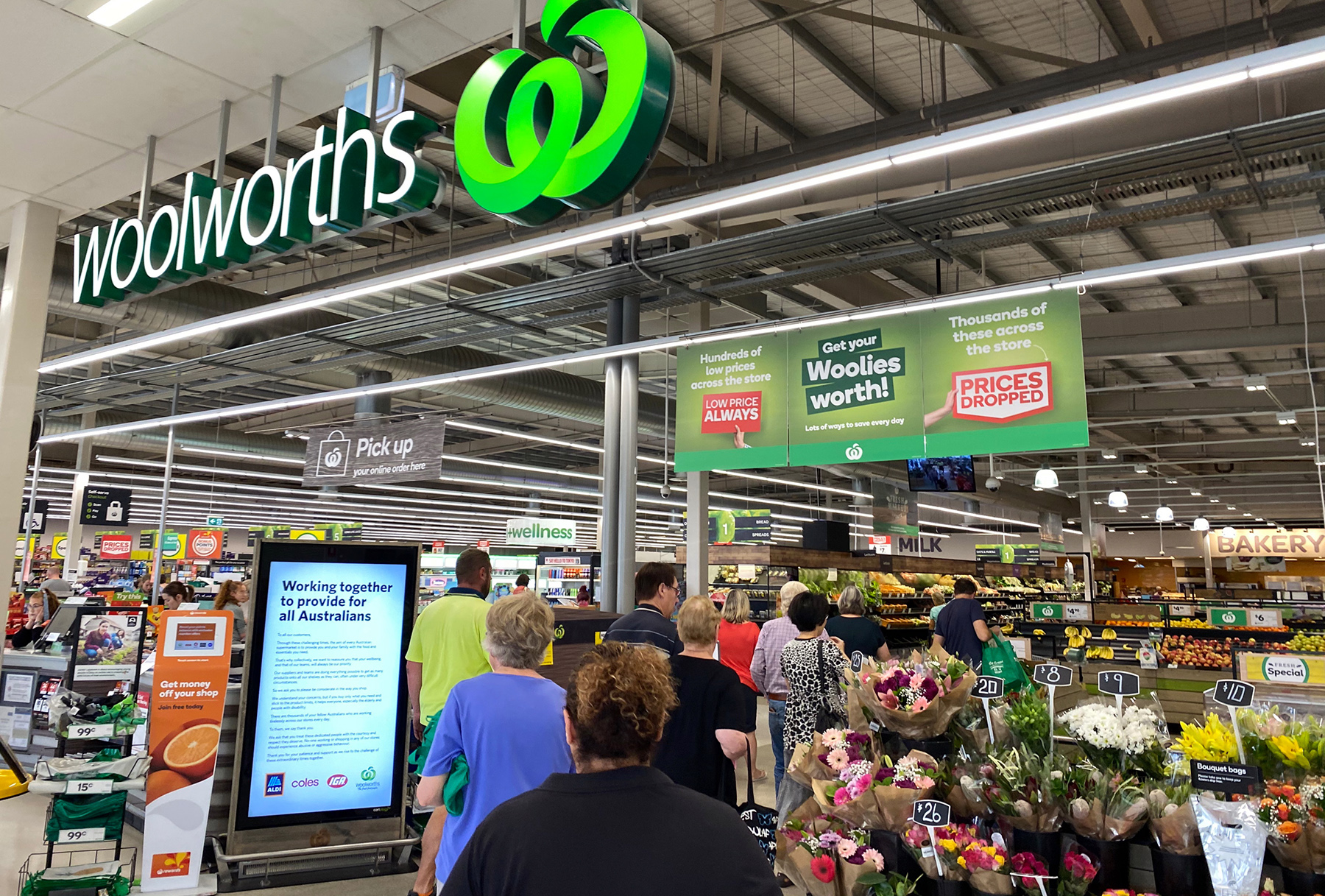 Marshall defended the move today, telling ABC Radio “we know some of the most heavy pressure points [for retailers] are when they open in the morning and when they’re coming up to the closing time [and] we want to just ease those pressures and give those operators an opportunity to potentially shut during the day where they can restock more effectively”.

“I was in a meeting with the Premier yesterday and this was not even mentioned at that meeting, not even hinted at,” he told ABC Radio Adelaide, labelling the move an “ambush”.

“We have not been consulted about this, and it is a time when we need to be supporting and backing our local independents… and to say that ‘we’re going to open up hours and say look, it’ll all be all right’, it won’t be all right because the demand from the customers will not cease at this stage.”

“It will not work, it will just compound the whole issue that we’ve got out there at the moment,” he said.

“It is quite obvious that the Marshall Government does not understand the local economy of the South Australian independent supermarket industry and how the components of the industry work together to deliver the essential food and grocery shopping service.

“The Premier was told at yesterday’s industry round table that transport capability is a major issue, as this industry is highly regulated and cannot quickly mobilise and turn-around increased volume movement… having the staff to stack shelves is not the main issue – having the stock to stack is the main issue.”

He said 24/7 shopping “also creates major cleaning and hygiene issues associated with COVID-19 and staff welfare, including the risk of late night robberies like we witness with service stations and pubs”.

He urged a Government media campaign against “panic buying” emphasising that there is no threat to supply.

The shopworkers’ union was also against the change, with secretary Josh Peak calling it an “unfair attack” on “retail workers on the frontline of this crisis”.

“Longer trading… won’t put stock back on shelves any faster – all it will do is add pressure to an already stressed supermarket sector,” he said.

“Retailers are currently reducing their hours – not extending them. This decision doesn’t make sense and could potentially expose workers and the community to greater risk…

But Marshall today insisted: “This is not a time for politics – we’re facing a very, very serious global pandemic.”