Premier Steven Marshall today confirmed that the infant baby of a 40-year-old Adelaide woman recently returned from Iran who was yesterday confirmed to be carrying the virus had also tested positive.

Both mother and child are in a stable condition at Flinders Medical Centre, the Premier said.

Marshall initially indicated the baby, who is eight months old, is a girl, however health authorities have since confirmed the child is a boy.

Another case – SA’s seventh – was also confirmed in a 58-year-old man who arrived from Taiwan on Tuesday.

“This is a fast-moving situation and there are likely to be many announcements regarding how we in Australia can best control the outbreak,” Marshall told reporters.

“Whilst this is an anxious time, we are on the front foot with all necessary preparations in place.”

It comes as a new coronavirus testing site today opened at the Royal Adelaide Hospital.

Dr David Shaw, CALHN’s head of infectious diseases, said the clinic – in a site previously set up for clinical trials – would be able to turn around a result within 24 hours – and possibly as little as eight hours.

Asked how long he expected it to remain open, he said: “How long’s a piece of string?”

“As long as the viral epidemic continues, and there’s a requirement for testing,” he said. 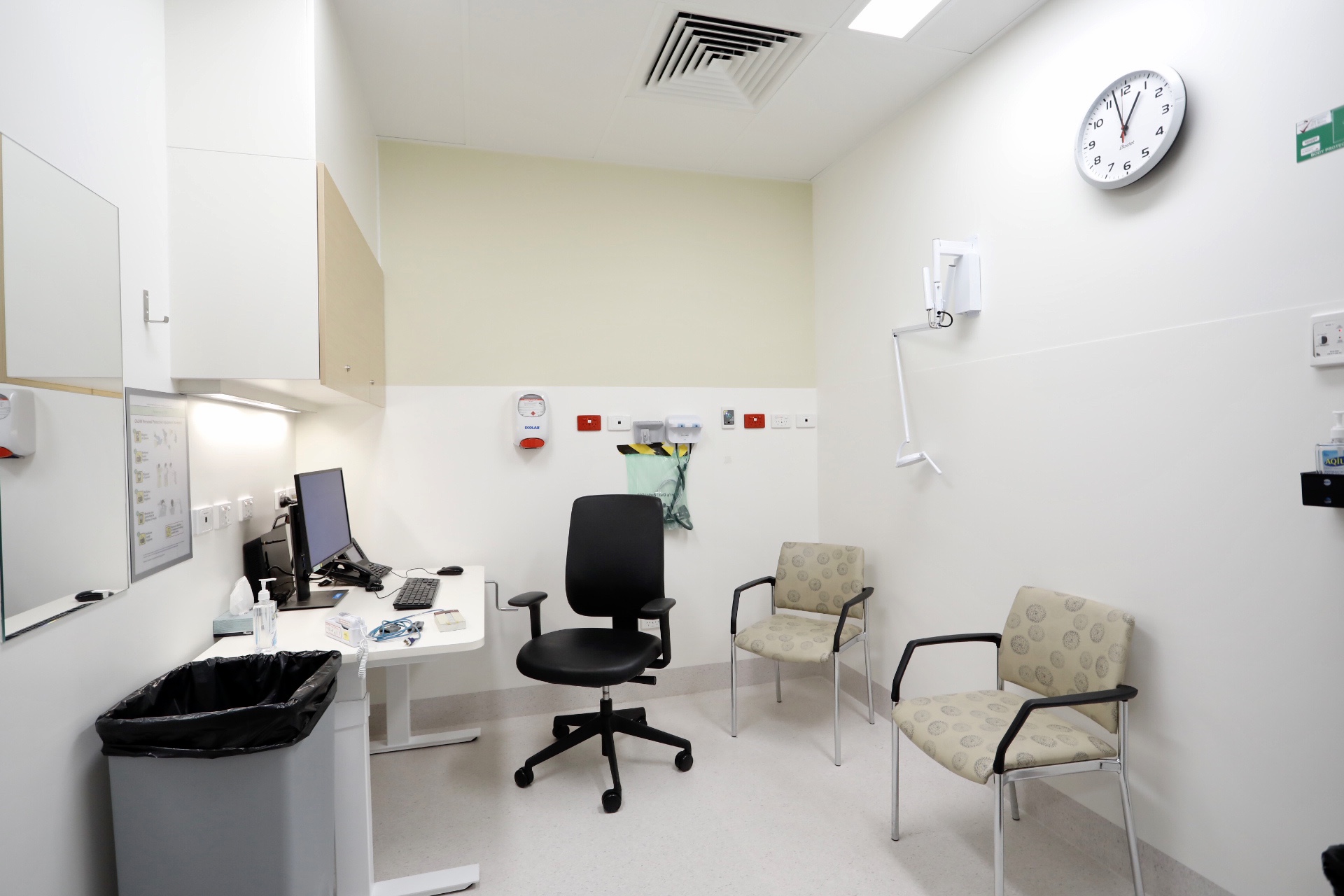 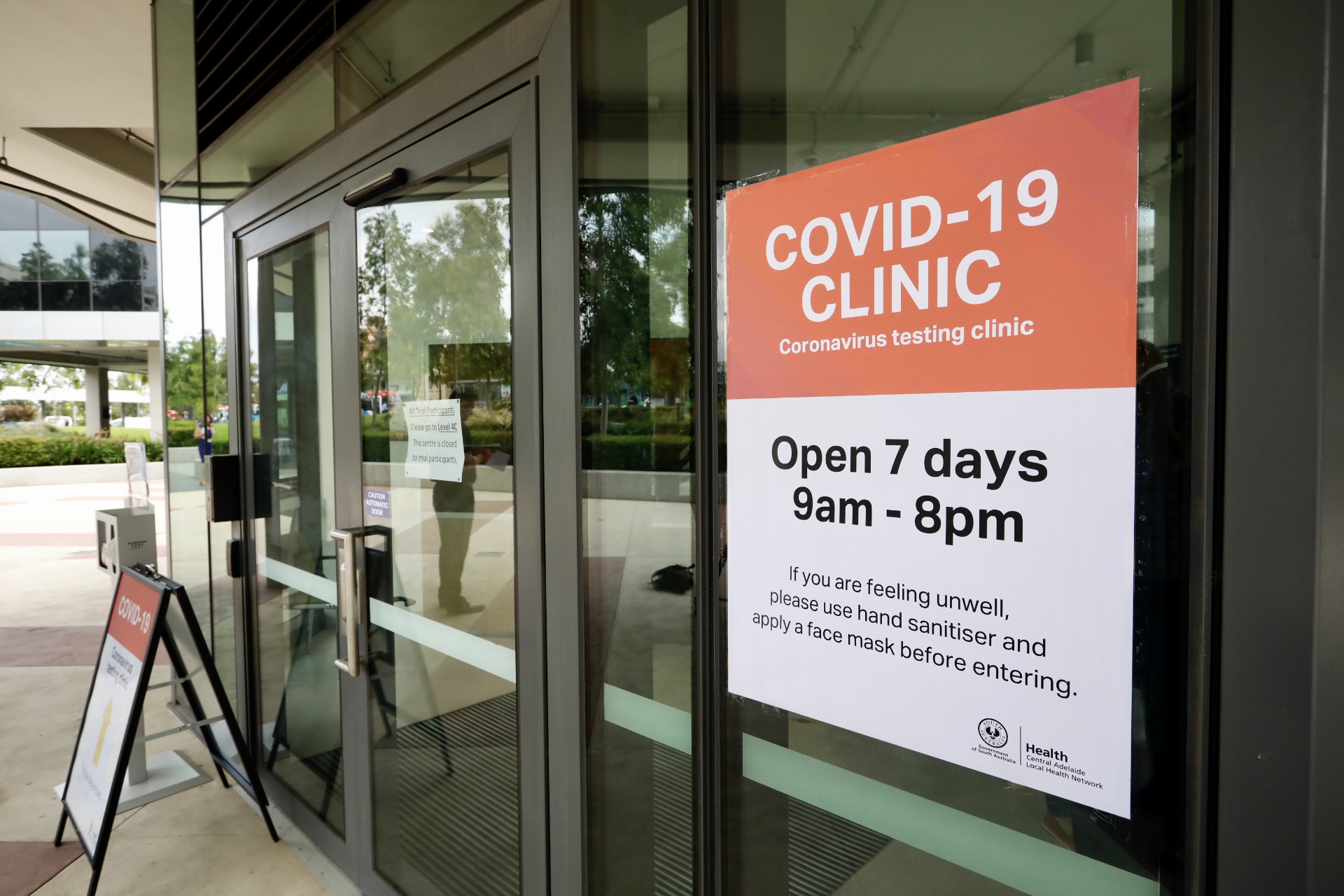 It comes as Prime Minister Scott Morrison today extended Australia’s travel ban amid a rising number of cases worldwide, with more than 94,000 confirmed.

“We’ve got ahead of it early and we intend to stay ahead of this,” Prime Minister Scott Morrison told reporters in Canberra on Thursday.

Korean visitors will be banned from 9pm on Thursday.

Australian citizens and permanent residents returning from Korea will be asked to self-isolate for 14 days when they return home.

Travellers from Italy will be asked mandatory questions at check-in.

Anyone who fails the checks will be denied approval to board an aircraft.

Three previous SA-based carriers of the virus – a couple who arrived from southern China in late January and a 24-year-old woman evacuated from the Diamond Princess cruise ship via Darwin – have now recovered.

Elsewhere, NSW Health has confirmed a 95-year-old female nursing home resident had the coronavirus when she died in hospital, after contracting the deadly illness from one of the facility’s nurses.

The case of the woman, who was living at BaptistCare’s Dorothy Henderson Lodge at Macquarie Park west of Sydney, takes the number of confirmed cases of COVID-19 in that state to 22.

That’s up from the 16 confirmed cases recorded before another six people were confirmed as testing positive late on Wednesday night.

The woman is the first person to die from the virus in NSW and the second across the nation after a 78-year-old man died in Perth earlier this week.

The NSW chief medical officer Dr Kerry Chant extended her sympathy to the family of the woman, who died on Tuesday.

The other five new cases confirmed on Wednesday night include another female resident, 70, from Dorothy Henderson Lodge, a female doctor working at Liverpool Hospital, a female patient from the northern beaches, a man from Cronulla and a woman believed to have returned from the Philippines.

The female doctor had no history of overseas travel.

“We are immediately establishing which staff and patients (at Liverpool Hospital) may need to self-isolate and be tested for COVID-19 should they be unwell,” Dr Chant said in a statement late Wednesday night.

The aged care nurse working at Dorothy Henderson Lodge, aged in her 50s, was confirmed positive for the virus on Tuesday and is in a stable condition in hospital.

Eleven of the 13 residents she was caring for have been placed in isolation.

Another resident, an 82-year-old man, was confirmed to have COVID-19 before the other new cases were identified.

Dr Chant said the nurse was a much-loved worker at the facility and had worked there for more than two decades.

The woman believed to have returned to Australia from the Phillippines is aged in her 60s and arrived on March 3.

“Her travel details are being obtained and will be disclosed if she posed a risk to any other passengers on her flight,” Dr Chant said.

Authorities are still trying to establish the recent movements of the woman aged in her 30s from the northern beaches and the man in his 50s from Cronulla.

NSW Health is also seeking passengers who were on five separate flights from Asia in the past week after two men in their 30s, a man in his 50s and two women in their 60s tested positive following their arrival in NSW.

They travelled from Iran, Japan, South Korea and Singapore.

New Zealand now has three confirmed coronavirus cases, with the potential for a fourth to be announced today.

The Korea Centers for Disease and Control and Prevention also said on Thursday three more deaths from the virus were reported, bringing the total to 35.

Italy has closed all schools and universities after its coronavirus death toll rose to 107 on Wednesday, with 28 people dying over the previous 24 hours, health officials said.

Schools and universities all over the country would be closed from Thursday until at least March 15.

Only those in the northern regions most heavily affected by the epidemic have already been closed.

The number of cases since the outbreak surfaced 13 days ago rose to 3089 from 2502 on Tuesday.

Of those who contracted the disease, about 3.5 per cent had died, said Civil Protection Agency head Angelo Borrelli.

The government adopted a decree to try to slow infections which have been rising by about 500 per day.

“Our hospitals, despite their efficiency, risk being overwhelmed, we have a problem with intensive-care units,” Prime Minister Giuseppe Conte said.

The decree orders “the suspension of events of any nature … that entail the concentration of people and do not allow for a safety distance of at least one metre to be respected.”

It calls for the closure of cinemas and theatres and tells Italians not to shake hands or hug each other, and to avoid “direct physical contact with all people”.

It also orders all major sporting events, including top flight Serie A soccer matches, to be played in empty stadiums.

The virus outbreak remains centred on the wealthy and populous region of Lombardy, around Milan, and the neighbouring regions of Veneto and Emilia Romagna but cases are spreading around the whole of the Italian peninsula and Sicily.

The number of confirmed coronavirus cases in mainland China has risen to 80,409 with 139 new infections reported in the past day.

The death toll from the outbreak in mainland China had reached 3012 overnight, Australian time, up by 31 from the previous day.

The central province of Hubei, the epicentre of the outbreak, accounted for all of the new deaths.

Dozens of Australian children are still stuck in the province, including 22 unaccompanied children aged under two, along with five infants who have their parents with them.

Another 60 Australian children aged between two and 16 remain trapped in Hubei with relatives or carers.

Foreign Minister Marise Payne says the Government is focused on their welfare, but has tempered expectation of another evacuation flight.

“It’s not something we are ignoring, not at all, but it is not in the immediate prospect that there will be a further flight,” she told a Senate estimates hearing this morning.

China has not allowed Australia to help evacuate children with relatives who are not Australian citizens.

DFAT secretary Frances Adamson said Australia had sought to “test the system” from the start of the COVID-19 outbreak, but Chinese authorities had consistently refused.

Strict travel restrictions imposed by China are another major factor behind the limited prospect of further evacuation flights.

“We have not given a time frame because it is beyond our control,” DFAT official Andrew Todd told senators.

DFAT has been in contact with 119 Australian citizens and 236 permanent residents still in Hubei.

The 355 people have expressed interest in Australian government support, including possible evacuations.