Domenic Perre was arrested and charged by South Australian Police in February 2018, more than two decades after the deadly Waymouth Street bombing.

Detective Sergeant Geoffrey Bowen was killed in the blast at the NCA office in March 1994.

Mr Perre was flanked by four security guards as he stood in the dock of the Magistrates Court and entered his not guilty pleas.

His lawyer, Gilbert Aitken, told the court his client was still waiting for prosecutors to provide some material, but that would not impede him entering his pleas.

He said he was waiting for the Australian Crime Commission to return a subpoena that was 16,000 pages long.

“That is, equally, not an impediment to his committal. There is no material change to the case against Mr Perre,” Mr Aitken said.

“We concede there is a case to answer.” 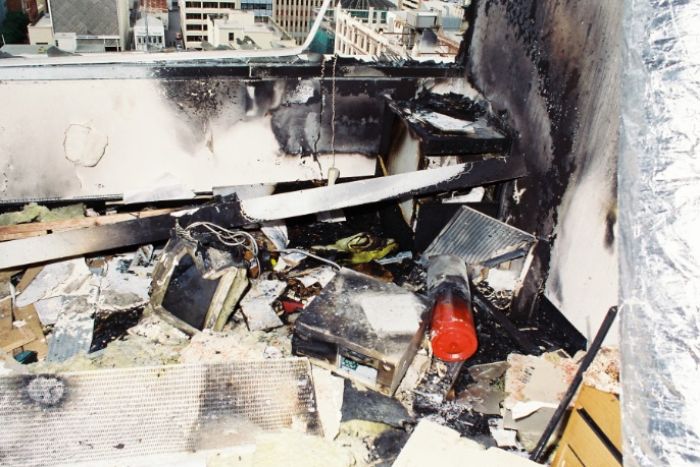 Damage from a parcel bomb delivered to the NCA in Adelaide on March 1994. Photo: SA Police

Mr Perre was then committed to stand trial in the Supreme Court and will be arraigned in March.

This is the second time Mr Perre has been charged over the NCA bombing, with the first set of charges withdrawn in the 1990s before the committal stage.

Today was the first time Mr Perre has entered any pleas over the case.