In an interview with InDaily, Marshall said his government would refrain from “rushing” its consideration and construction of the new gallery, but it had set a 2023 deadline to ensure the South Australian Museum’s mostly-hidden collection of Aboriginal cultural artefacts could be publicly displayed within three years.

It is anticipated that the collection – 95 per cent of which is currently kept in a leaky storage shed – will form the centrepiece of the new gallery, which aims to “bring Country to life” through interactive displays and exhibition spaces.

The museum describes the collection as the largest of its kind in the world, comprising more than 30,000 anthropologically and spiritually significant artefacts from across Australia.

Marshall, who holds the Arts and Aboriginal Affairs portfolios, announced he would build the “Australian National Aboriginal Art and Culture Gallery” ahead of the 2018 state election, at the time saying the gallery would be “the jewel in the crown” of the Liberals’ plan for the former Royal Adelaide Hospital site.

But he told InDaily delivering on the promise “hasn’t been the easiest of tasks”, with a “complex consultation” with Aboriginal communities delaying a scoping study by four months.

“It’s really important we get this right and not rushed, but we do hope that the centre will be open in 2023,” he said.

“We always said that we couldn’t begin construction straight away because there’s still extensive demolition on that site which needs to be completed before any construction can be undertaken, but that we would use this time to make sure that we had exactly the right project that delivered for Aboriginal people in terms of showcasing their wonderful stories and songlines.

“I think it’s much more important to let everybody have the opportunity to have their say rather than to rush something and get something which is not welcomed by the various communities.”

InDaily last year reported concerns from Kaurna Yerta Aboriginal Corporation chair Jeffrey Newchurch, who said the Government had not spent enough time listening to Aboriginal communities as part of the $200,000 consultation, and that artefacts would be relocated and displayed without traditional owners’ consent.

But Marshall said he was “really satisfied” with how the consultation with Aboriginal groups went.

“I wouldn’t say the original vision for the centre has been changed but it’s been enhanced by dense consultation with Aboriginal communities and in particular the Kaurna people.

“I think, generally speaking, people are really excited about this opportunity to showcase these incredible stories and artefacts that we have here in South Australia and even more broadly.”

Marshall also addressed concerns that the Adelaide gallery – to be funded by $150 million from the State Government and $85 million from the Federal Government – had dropped the word “national” from its title amid competition with the Northern Territory over plans to build what both jurisdictions claim will be Australia-first institutions.

Ahead of the 2018 state election, Marshall described Adelaide as “the most suitable location for a national gallery which recognises the unique art and culture of our First People”.

He also insisted his plan would be larger in scope and more significant than the Northern Territory proposal.

But he has since stated the two galleries will be “complementary”.

“I think there’s further consultation that’s required and approvals needed at the federal level when you’re going to start naming things as national centres and we just thought it wasn’t necessary,” he said.

“We’ve never envisaged that there’s just going to be one central gallery for Australia which is showcasing Indigenous art and cultures and, in fact, we know there is a centre which is envisaged for the Northern Territory.

“We think there’s plenty of space to tell these stories in multiple locations across the country.” 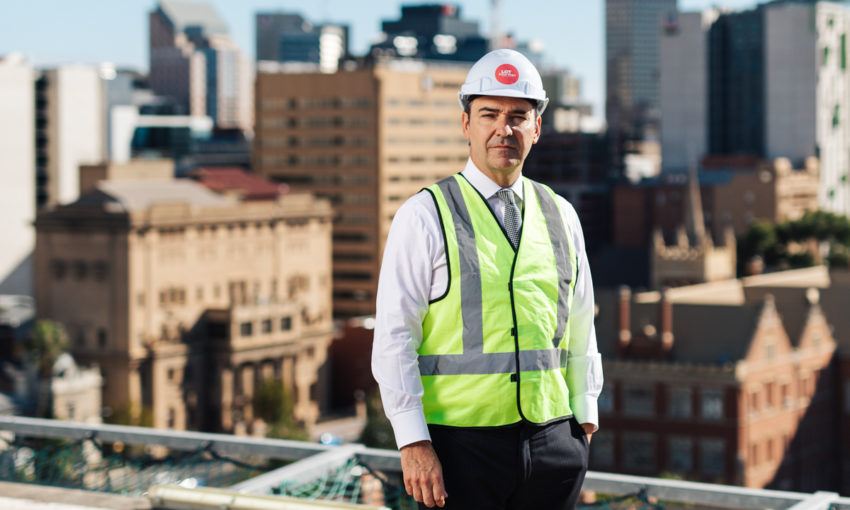 In a report summarising findings from the Government’s consultation – published in November – it was recommended that the gallery by called a “centre” as “for many people, the word ‘museum’ or ‘gallery’ mean different things”.

The report suggested the centre could “tell the story of Aboriginal culture and history in a way that has never been done before” using modern technologies such as holograms and virtual reality.

No mention was given to the Art Gallery of South Australia, despite the gallery being one of the key cultural institutions consulted as part of the project.

“Obviously institutions can speak for themselves, but the Art Gallery of South Australia has been hugely successful in terms of Aboriginal art and storytelling,” Marshall said.

“I think we’ve all felt extraordinarily proud of South Australia’s wonderful success of (Aboriginal art festival) Tarnanthi and in many ways this provides the inspiration for what we’ll be envisaging for the new Art and Cultures Centre, and that is taking songlines and stories that go back tens of thousands of years and putting them in modern settings using digital representations as well as referencing back to original artefacts and artworks.

“Those collections, whether they be in the Museum or the Art Gallery or any other institution like our Botanic Gardens or the State Library or the state archives, are owned by the people of South Australia and I’ve always been impressed by the cooperation that exists between those institutions.

“If you go into the Elder Wing of the Art Gallery at the moment you see different objects that have been loaned to the Art Gallery from the South Australian Museum’s collection, so they’ve always worked very cooperatively in the past and I envisage that will continue into the future.”

Marshall said the Government was progressing with a $500,000 business case for the Aboriginal Cultural Centre, which would determine its curatorial vision, governance, design and operating structure.

He said the centre’s ongoing operating costs were yet to be determined, but “obviously we’ve got to be prudent with taxpayers’ dollars”.

“That’s why we want to make sure the commerciality of this new centre is optimised,” he said.

“When we look at modern galleries around Australia, there are commercial aspects that help with those ongoing costs and I can’t imagine they’d be any different here in South Australia.” 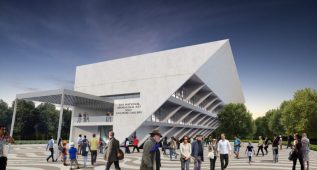 He also said the centre would increase employment opportunities for Aboriginal people in the state and drive interstate and overseas tourism.

“I think this will truly become a world-class space telling the incredible stories and songlines of Indigenous people on this continent.

“We’ve got incredible success with Indigenous artists, especially from central Australia and we see that in the success of the Tarnanthi exhibition.

“Bringing those two things together in a unique, new, dedicated space, I think, will provide a respectful representation of the culture.”