The Australian Government introduced a travel ban on February 1 in a bid to stem the spread of novel coronavirus, which originated in China’s Hubei Province.

The ban denies entry to anyone who has left or transited through mainland China from February 1 with the exception of Australian citizens or permanent residents. The ban will be reviewed at the end of this week.

More than 15,000 of South Australia’s 43,000 international students last year were from China. So far this year there are 11,305 Chinese student visa holders enrolled to study in South Australia.

Figures released to SA Government agency StudyAdelaide by the Department of Home Affairs last week show that 5878 Chinese students enrolled in the state this year were still outside Australia when the coronavirus travel ban was enforced on February 1.

The University of Adelaide College has postponed the start of its Foundation Studies course for three weeks because of the virus.

The course was due to begin today for continuing students but the university emailed students late last week, citing the virus as the reason for the postponement until March 2. It is understood that about 75 per cent of students in the course are Chinese.

StudyAdelaide chief executive Karyn Kent said the organisation was in constant contact with its member education providers including the state’s three major public universities to ensure they had the latest information being distributed by the Commonwealth.

She said planned activities including welcome events and orientations would still go ahead as there were thousands of students from around the world already in Adelaide.

“If they are part way through their course then they’ve obviously made a big investment already and they’d like to continue so they’re probably waiting it out in the hope that they can return and be part of the visitor economy that the international students contribute to.

“But until we know how long the travel ban will go for and how long it takes them to get back here we won’t know.”

Kent said the said the sharp drop in numbers was also affecting the local economy as less than 50 per cent of the student spend went on fees with the majority going towards accommodation, food, retail and entertainment spending.

“Any downturn will have an economic impact, the extent of which will be revealed once we know more in the weeks ahead. But with 50 per cent of student visa holders from China currently offshore, and with China making up 35 per cent of our enrolments, the impact will be significant if the situation doesn’t improve,” she said.

“If the travel bans are in place for longer, then future events such as graduations will be impacted – graduations attract visits from family who spend money on graduation presents, travel etc. This becomes part of the tourism picture to be impacted.

“Chinese students are a really important part of our community so anything that South Australia can do to support those students who are here and those who are soon to return is going to be extremely valuable.”

In a statement on the coronavirus issue, a University of Adelaide spokesperson said the university was working towards the March 2 start with enrolments and classes proceeding as normal.

The spokesperson said a helpline had been set up for students potentially affected by the travel announcement.

“With the new restrictions placed on travel from China, the University has been contacting students who may be affected to determine whether or not this will impact on the start of their studies. If the restrictions do have an impact, the University will apply flexible approaches to learning so that students are not unduly affected at the beginning of the academic year,” the statement said.

A UniSA spokesperson said the university was in constant communication with staff and students but referred further inquiries to StudyAdelaide. 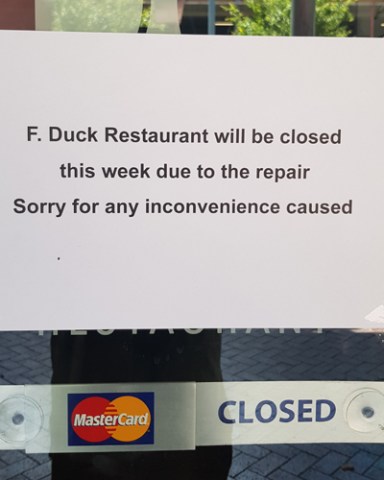 “I’m not sure why the public have so much fear about the virus that suddenly there is not enough people on the street and not enough customers for the restaurants,” Hou said.

“On the one hand it’s the students but it’s also the fear.

“Hopefully things will get better in one to two weeks.”

Hou said he planned to put a motion before council allowing Chinatown traders to defer council rates to ease their burden while cashflow was down.

He said Chinatown was an important part of Adelaide’s culture and needed to be supported.

“I have just finished a meeting with Federal Trade Minister Simon Birmingham and I have raised a lot of concerns about the impact was having on the local economy, tourist operators and exporters,” he said on Friday afternoon.

He said trade in his businesses was down by about 40 per cent in recent weeks overall, with the Hitea shops the hardest hit.

“I think that’s just attributed to the fact that the students are not allowed to come back, because they are the core clientele,” Guo said.

“The Chinese who have come back they are kind of isolating themselves at home.

“I want to make it clear to the general public that Gouger Street is not a virus street just because of the coronavirus, because it’s a multicultural precinct.”