But the ceremonial tone remained clouded by intrigue over Right-faction backbencher Sam Duluk, who chose not to attend today’s joint sitting of both Houses of parliament, telling InDaily he made the decision “out of respect”.

Duluk later recommitted to continue serving as an MP, telling parliament he was on a “journey” of recovery that he believed was consistent with his responsibilities as a local member.

After parliament was last year prorogued – wiping the legislative slate clear – today’s reopening arrived with the traditional formalities, including a speech from Governor Hieu Van Le designed to detail the Marshall Government’s priorities over the two years leading to the next state election.

“My Government is actively planning additional major inner-city and sporting entertainment infrastructure,” he told parliament – the first public nod that an oft-debated second city stadium is under active consideration.

It follows the recent minor upgrade of the Memorial Drive tennis centre, which Tennis SA hopes is the first step in a significant broader redevelopment.

But an alternative stadium plan – which has been linked to a potential sell-off of the Entertainment Centre and Coopers Stadium – has been long-mooted, with InDaily reporting last year that Adelaide Venue Management Corporation, which also runs the Adelaide Convention Centre, was in a “feasibility stage” about a proposed entertainment hub at the railyards site adjacent Adelaide’s new health precinct.

The competing stadium proposals also include an arena built on the southern end of the Adelaide golf course.

While today’s admission lacked detail, it publicly committed the Government to pursuing a new project for the first time.

The Governor’s speech also restated the Government’s ‘Growth State’ agenda, along with a range of election pledges previously thwarted in the Upper House that the Government intends to use the prorogation to reintroduce, as foreshadowed by InDaily last year. 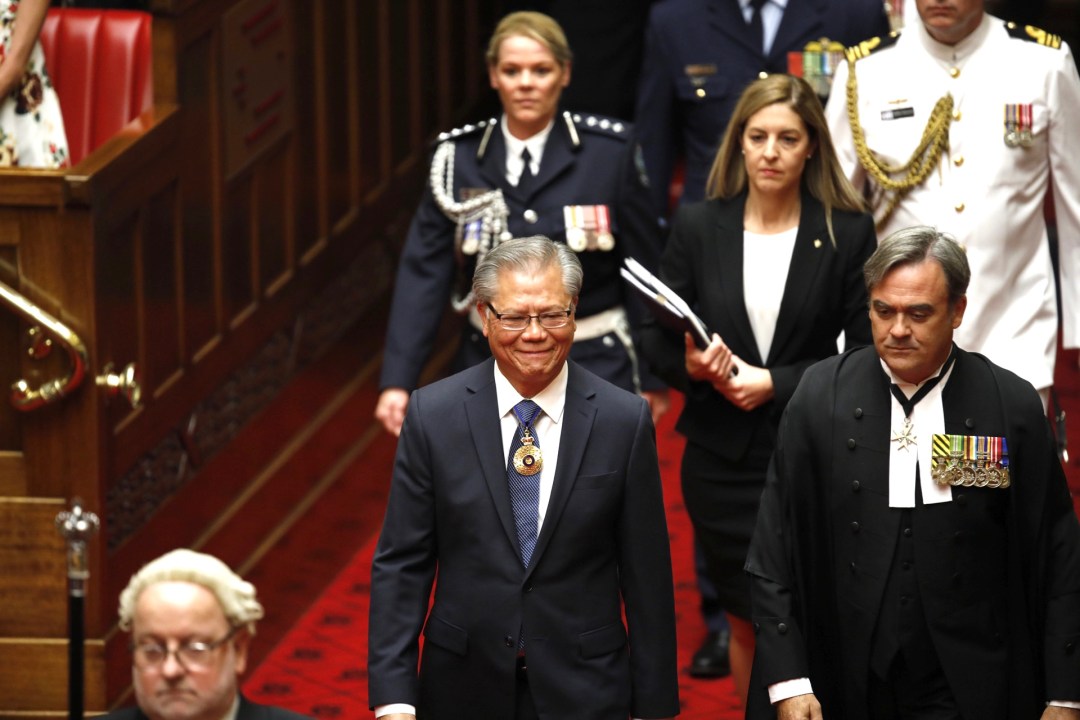 These are highlighted by new bids to impose council rate-capping and a fresh bid to deregulate SA’s shop trading hours.

Neither Bill appears likely to progress further than previous efforts without the Government conceding substantial ground. Labor has already flagged its commitment to a compromise on shopping hours, giving ground on Sunday morning trade – a move, significantly, backed by the powerful Shop, Distributive and Allied Employees union.

But reintroducing both deregulation and rate-capping appears as much a canny political move as a genuine bid to see them pass parliament, with Liberal strategists keen to keep the issues bubbling along on the public agenda with an eye to making them a point of difference at the 2022 election.

The Governor’s speech also reiterated that a solution to Marshall’s “greatest infrastructure challenge” – the South Rd upgrade – will be articulated before 2022.

“During this parliamentary session, my Government will make a decision on how this vital corridor is to be completed,” he said.

He also outlined a push to “present a compelling case for Commonwealth Government departments and private businesses with large white-collar support service functions to relocate to Adelaide”.

The previous Labor administration was criticised by the then-Liberal Opposition for offering cash incentives for interstate companies such as OzMinerals to shift to SA, but Marshall’s bid will utilise “independent research” about the city’s affordability and relatively low office rental costs, the speech outlined.

Tackling climate change through renewable energy technology – which Marshall has long spruiked as a priority – was front and centre in the speech, with Marshall recently seizing the political climate in the wake of recent devastating bushfires to restate his environmental credentials.

He has repeatedly reiterated his Government’s commitment to net-zero emissions by 2050, a target previously outlined in his policy paper ‘Directions for a Climate Smart South Australia’, released in December.

“SA’s climate is changing, and my Government believes further change is inevitable,” the Governor’s speech said.

“My Government insists this provides great opportunity for SA and must not be a cause for community division or despair… it believes the best response to public concern is the implementation of practical measures that secure emissions abatement without increasing every costs and reducing jobs.”

Marshall’s big re-set, though, has been largely overshadowed by ongoing controversy over the behaviour of backbencher Sam Duluk at a parliament house Christmas function in mid-December.

Duluk, who has already apologised for causing offence and stood down from two committees, did not attend today’s joint sitting, despite previously indicating that he would.

He was present in the Lower House when sitting resumed, but did not join the ceremonial convoy that made its way to the Legislative Council for the Governor’s speech.

Responding to a text message, he told InDaily he was “not attending the Governor’s opening speech in the Legislative Council out of respect”.

It follows ongoing accusations about his actions – including that he inappropriately touched SA Best MLC Connie Bonaros, spoke offensively to another attendee, questioned the Aboriginality of Labor frontbencher Kyam Maher and used a homophobic slur.

Duluk is yet to publicly address any of the specific allegations, with Liberals collectively deferring to an ongoing independent investigation by Paul Hocking, a licensed inquiry agent of Reynella-based Quark and Associates.

Duluk’s potential appearance at parliament today had been the subject of controversy, with Greens MLC Tammy Franks – who last month wrote to Tarzia and others detailing complaints against the backbencher – telling InDaily this week: “I think it would be an affront if he turned up.”

Franks, however, was also absent from parliament today, having been paired out by prior agreement on an unrelated matter.

Addressing the House later, before Question Time, Duluk again apologised for his actions at the Christmas party, which he said were “inconsistent with my character and values”.

He said he was continuing to undergo alcohol counselling and was “dealing with the disappointment and distress I have inflicted on those who supported me and continue to support me”.

“I believe I have begun a journey,” he told parliament.

“The privilege of holding office in this parliament comes with great responsibility [but] I’m confident that by taking this journey I am recommitting to that responsibility and I commit to serving to the best of my ability.” 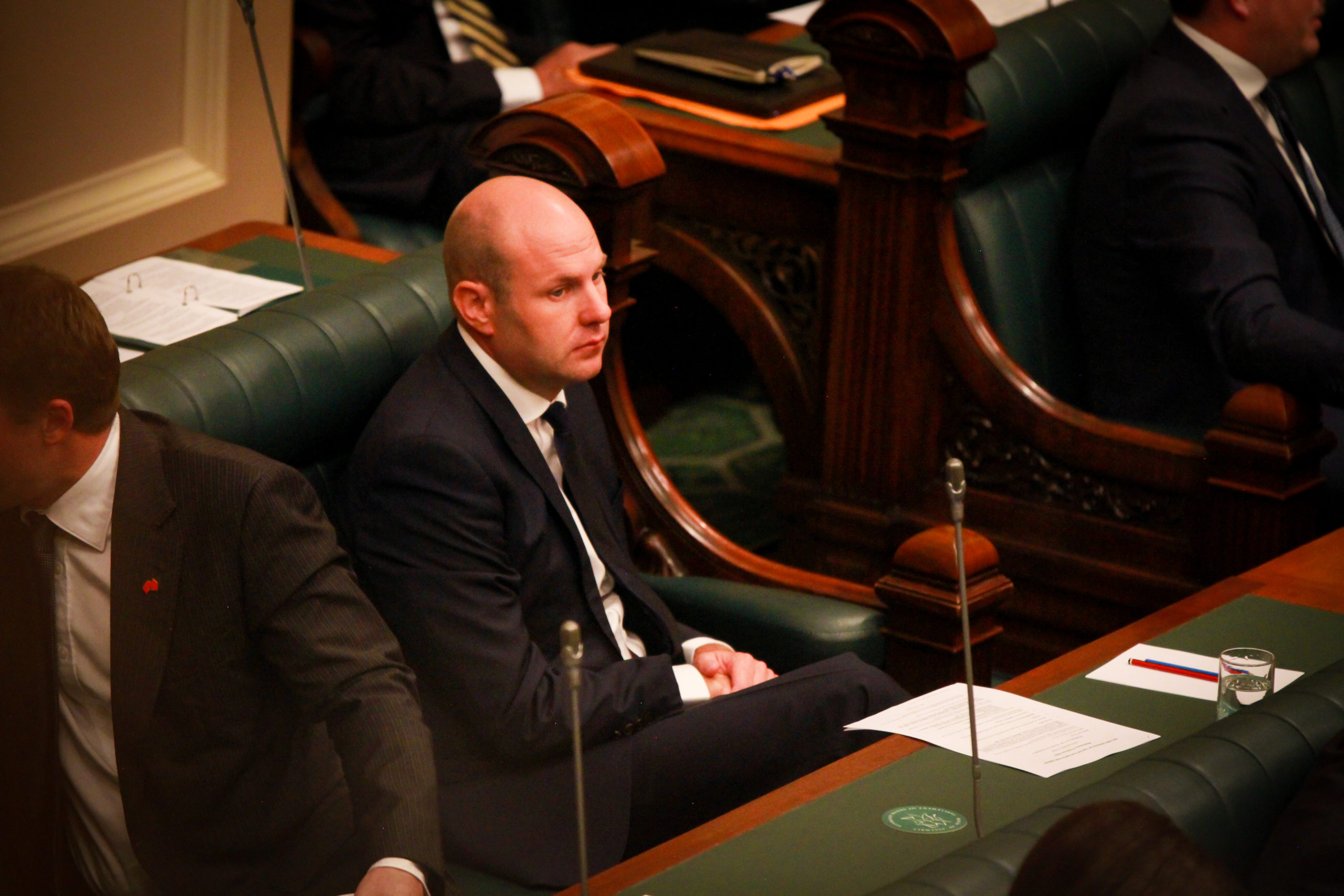 Speaker Vincent Tarzia also broke his recent silence on the matter, addressing the Lower House when it resumed after the Governor’s speech.

Tarzia defended his decision to appoint the investigator instead of Equal Opportunity Commissioner Niki Vincent, whom he asserted – on his understanding – “can only investigate when a complaint is made in writing to the Commissioner”.

This, he said, has not been done.

He said he appointed Quark because “I didn’t think [doing] nothing was an option”.

But he noted that “neither the investigator nor myself have powers of compulsion [and] as Speaker I have no formal power to resolve the matter”.

“If conciliation fails, there’s nothing more I can do – I have no authority to impose any sanction,” Tarzia told parliament.

However, he added, “there’s nothing preventing any aggrieved person from making a complaint” to authorities, including to SAPOL.