“First Nations/Indigenous Music within this country is doing amazing things, and what better way to help nourish, grow and celebrate it with a dedicated show on the National Youth Broadcaster,” the petition reads.

“Triple J has done some great things to further the discussion and open up greater awareness regarding First Nations Australia, including their partnership with AIME and also changing the date of the Hottest 100 countdown, so now we ask them to take the next step.”

Jimblah told InDaily he wanted his campaign #changethegametriplej to send a message to the ABC and set benchmark for other states including South Australia, where he has lived for 20 years.

“triple j is a beautiful place to start. They’re so influential,” he said.

“We want them championing and getting behind [this cause] and working with First Nations mobs.

“This is important for the future of First Nations music and what that is to Australian music.”

“This move would set a precedent.” 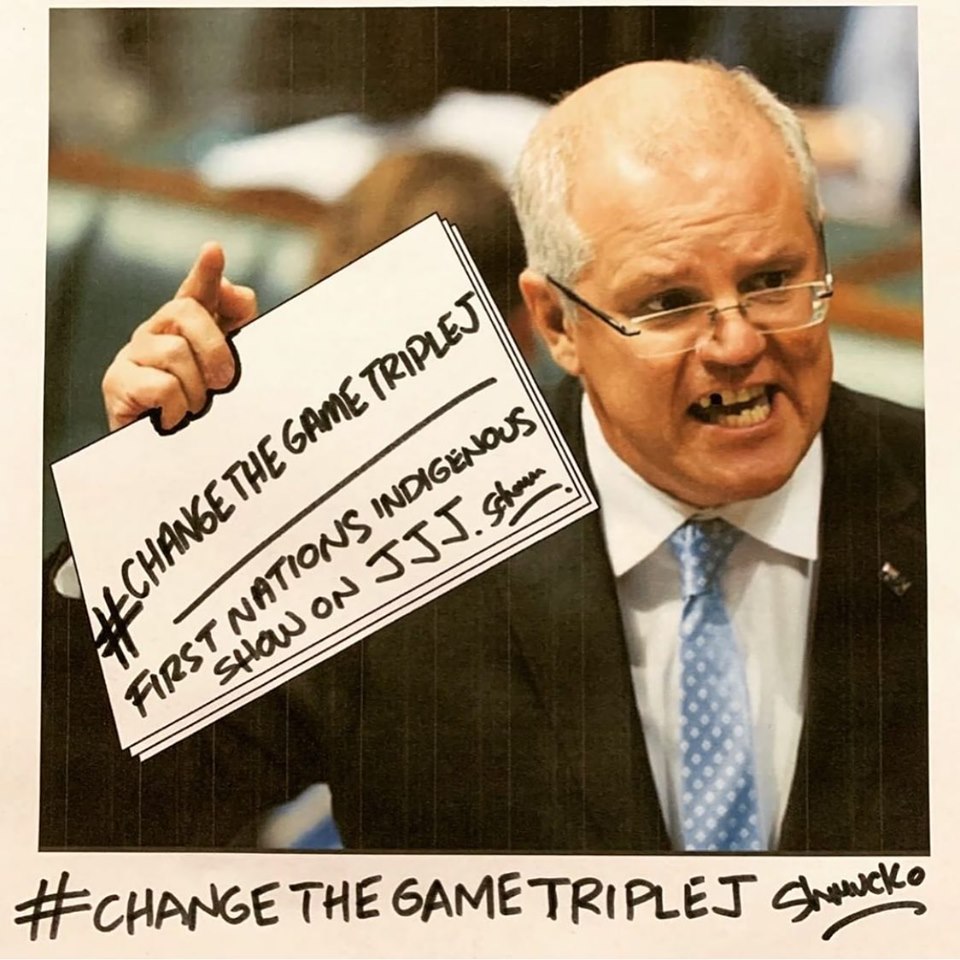 Even though the radio station receives an audience of approximately 1,874,000 listeners a week and services all states, there are no indigenous programs on its roster.

Jimblah’s aim for the program is provide music and “songlines” – oral history revolving around culture, history and lore – for indigenous listeners, while demonstrating a “spectrum” of Aboriginal experiences to white audiences.

“The young indigenous mob… when they’re growing up a lot of them aren’t fully aware of these powerful songlines that can connect them to this country,” he said.

“[But] it’s important to provide music that’s just palatable to mainstream audiences too.

“For example, is black music just someone bringing in a didgeridoo and clap-sticks and speaking the language?

He said triple j’s all-indigenous advisory committee was additionally crucial because “white people are choosing what black music should be and it’s been happening for a long time”.

“This committee… It’s just that thing of you know, our voice being on the radio – well let it be our voice,” he said.

Jimblah said he had been afforded opportunities to excel as a hip hop musician in Adelaide, but that the sector remained difficult to penetrate as an Aboriginal artist.

These challenges are deeply “complex”, he said, citing “access”, location and “racism” as factors.

“When I was coming up I went through CASM, which is the Centre for Aboriginal Studies in Music at The University of Adelaide, which was super cool,” he said.

“In South Australia, we do have a beautiful community for musicians, but in terms of industry stuff it can be quite hard just in general.”

“There’s things like growing up and not even being in urban areas.

“There is racism at play.”

To combat these issues, Jimblah and a group of other high profile musicians have formed a collective to “put pressure on the industry, where First Nations Songlines are concerned,” he said, with #changethegametriplej as their first front.

“We are still in recruitment stage [but] we want to reach out and say ‘hey fam’, us mob, we’re just thinking that we really want to sit down and have a talk and discuss how we can create some better dialogue, change and opportunities.”

Jimblah said he wanted change in the music to be emblematic of shifting attitudes and opportunities for First Nations people as a whole.

He added that his triple j Like a Version performance in 2013 was personally “overwhelming” and “powerful”.

“This campaign is about getting more of that happening for the whole community.”