Yvonne Buza was this morning handed a 27-month suspended sentence with an 18-month non-parole period for the 47 counts of deception of which she was found guilty.

Each count carried a maximum of 10 years’ imprisonment.

The offending stemmed from Buza’s time on the Aboriginal Health Council of South Australia (AHSCSA) board between March 2010 and August 2014.

In February, Magistrate David McLeod found the 62-year old had dishonestly maintained the impression that she resided in Roxby Downs and Andamooka while living in metropolitan Adelaide in order to claim weekly travel allowances totalling $77,415.02 to which she was not entitled.

Buza had also been the subject of an ICAC investigation in 2016 for allegedly claiming dishonest travel allowances from Country Health SA, as well as SA Health’s Women’s and Children’s Health Network, where she worked as a contracted employee in 2014 and 2015.

Those allegations resulted in a further 30 uncharged acts – amounting to a total of $187,634.81 – however no determination on those counts were made.

In his sentencing remarks, McLeod said he did not take into account the uncharged acts, but they indicated an “ongoing, systematic scheme of deception”.

He described Buza’s offending a “large-scale systematic breach of trust”, adding the deception had caused “emotional hurt and financial loss” on the part of AHCSA, which is part-funded by the state and federal governments.

“The stain of your actions will be enduring,” McLeod told the court.

“The offending had been enabled by you holding a leadership position that allowed the offending to go on.

“Effectively, you exploited your senior… position.” 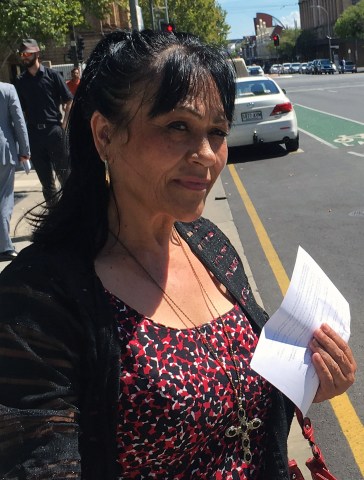 McLeod said Buza had been uncooperative during an Aboriginal sentencing conference last month, and, despite her prominent standing in the Aboriginal community, she had tarnished the reputation of her people.

He said he was satisfied that the seriousness of her offending warranted immediate imprisonment, but her ill-health, age and the fact she was declared bankrupt in April justified a suspended sentence.

“Your offending was not motivated by greed but rather (the money was) shared with the wider Aboriginal community,” McLeod said.

“You have been a volunteer and supporter of the Aboriginal community for over 35 years.”

The court had previously heard that Buza maintained interest in 15 different bank accounts, with a total of $351,149.90 deposited into the accounts during her offending period.

Of that, Buza spent $53,090 at the Village Tavern at Golden Grove and $14,680 at gaming room Jackpots on Pulteney Street.

McLeod also said Buza’s suspended sentence was warranted given she worked in the child protection sector.

Buza’s lawyer Tim Campbell told the court last month that Buza was employed at the Department for Child Protection as an Aboriginal cultural consultant. 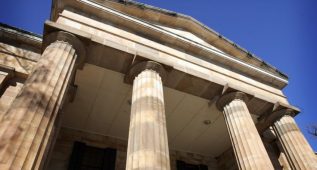 But the department told InDaily last week that Buza was not an employee or a volunteer.

McLeod alluded to Buza’s family responsibilities in determining his sentence, describing the period of her offending as occurring during a “highly traumatic” time in her family’s life following the death of her daughter in 2009 and her son’s drug dependency.

He said the revelations of Buza’s offending led to her being “shunned” from the Aboriginal community and had caused her difficulties obtaining work.

McLeod handed Buza a three-year, $1000 good behaviour bond and waved court fees, but said there would be no order for compensation.