While a previous Bill was passed in the Upper House, it was stalled in the Lower House.

Supporters believe that this time they have the numbers to pass the Bill, and change legislation.

Roxana Diamond told InDaily she has been a sex workers for seven years, and called on MPs to back the Bill.

“The problem with [the current law] is our actual rights are denied,” said Diamond.

“We’re discriminated against and if anything comes up at work, we have no rights or avenues to pursue any kind of action or representation.

“We just want to be treated as workers.”

Diamond said there had been 13 attempts to reform South Australia’s sex work laws.

It failed, so she then supported Liberal Michelle Lensink’s sex work decriminalisation Bill introduced in 2015.

In 2017 it passed the Upper House but lapsed before reaching a vote in the Lower House as Parliament was prorogued (terminated) for the 2018 state election.

When proroguing occurs, Bills and other businesses before the House of Representatives need to be reintroduced in the next Parliament.

Diamond has now thrown her support behind a reintroduction of the legislation by Greens MP Tammy Franks, proposed to Parliament last year.

The Sex Work Law Reform Bill is being debated in the Upper House today, with a conscience vote expected sometime this month.

Sex work was originally criminalised in South Australia through the Summary Offences Act (1953) and the Criminal Law Consolidation Act (1935).

Under Section 5 of the Summary Offences Act, an individual sustaining themselves on a career in prostitution can face up to six months in jail or $2500 in fines.

Soliciting a sex worker is also criminalised and can garner a penalty of $750.

Some Australian states have modernised their sex work laws. For example, Queensland allows for sex work to occur in brothels and independently but not publicly, and in 2012 sex workers won the right to rent hotel and motel rooms to work.

“We have the most punitive laws in all of Australia,” said Diamond.

“There is a rough estimate of 2000 sex workers in South Australia and we’re all being effected by laws that have never changed.” 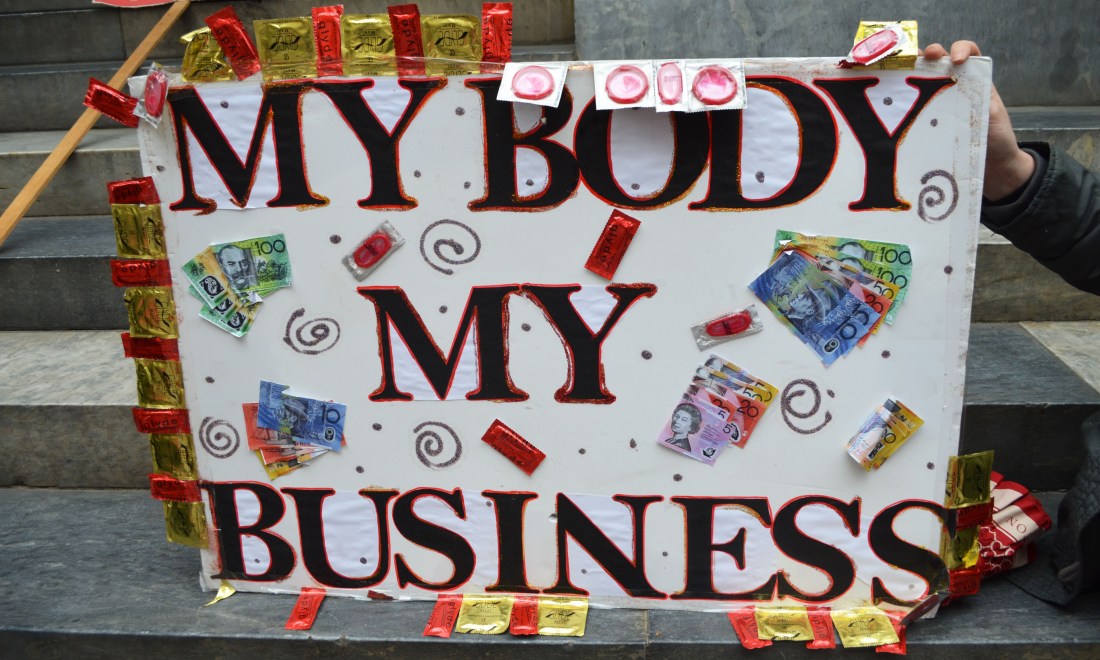 Opposition Leader Peter Malinauskas, a member of Labor’s Right faction, is expected to vote against the Bill.

He said in the past that although the area of sex work needs reforming, he has personally struggled with “conscience issues” like decriminalising sex work.

Previously referring to Franks’ Bill, he said he was “not inclined to support [it]”.

“Recently, I have spent a fair bit of time engaging with residents in the suburbs of Athol Park, Woodville Gardens, Mansfield Park and Ferryden Park who, on a day-to-day basis, have to live the experience of street prostitution and what it does to their community and the impact it has on their everyday lives,” Malinauskas said.

“I also believe that a law reform which could potentially result in the proliferation of streetwalking or street prostitution.

“Do we think brothels should be next to places like childcare centres—yes or no?”

When asked by InDaily yesterday to comment on the Bill, Malinauskas said it was “an issue of particular concern in my electorate, so I will study the detail”.

“As I have in all conscience matters, I will make an informed judgement accordingly,” he said.

Labor MLC and Right faction member Clare Scriven is also expected to vote against the Bill.

Scriven told InDaily that decriminalising sex work gives “pimps and brothel owners” more power because they are not breaking the law.

“We need to look at law reform that includes the voices of survivors, who are often silenced in this debate,” she said in a statement.

“Women who have been in a decriminalised system say that the legal protection for pimps means that OHS (occupational health and safety responsibilities), police security and so on are just a sham.

“The women and girls are treated as ‘independent contractors’ so they get no extra rights, but the pimps control the prices and what the women must ‘offer’ as though they are employees.

“I would support a Bill that protected women, offered real support for those who want to exit prostitution and which targeted the exploiters.”

Franks said Labor’s conservative Right faction “doesn’t control the whipping anymore in the Lower House,” and that other MPs are largely supportive of the Bill.

The decriminalisation Bill is also opposed by FamilyVoice Australia.

“Since the law has a powerfully educative function, it helps parents teach children that women are not for sale,” the group told InDaily.

“Those who are raped, assaulted, robbed – they deserve police protection not persecution and prosecution.

“We listened to sex workers. They [politicians] actually paid attention to the real facts.

“I’m sick of standing on these stairs talking about sex work.

“Sex workers are human beings. It’s as simple as that.” 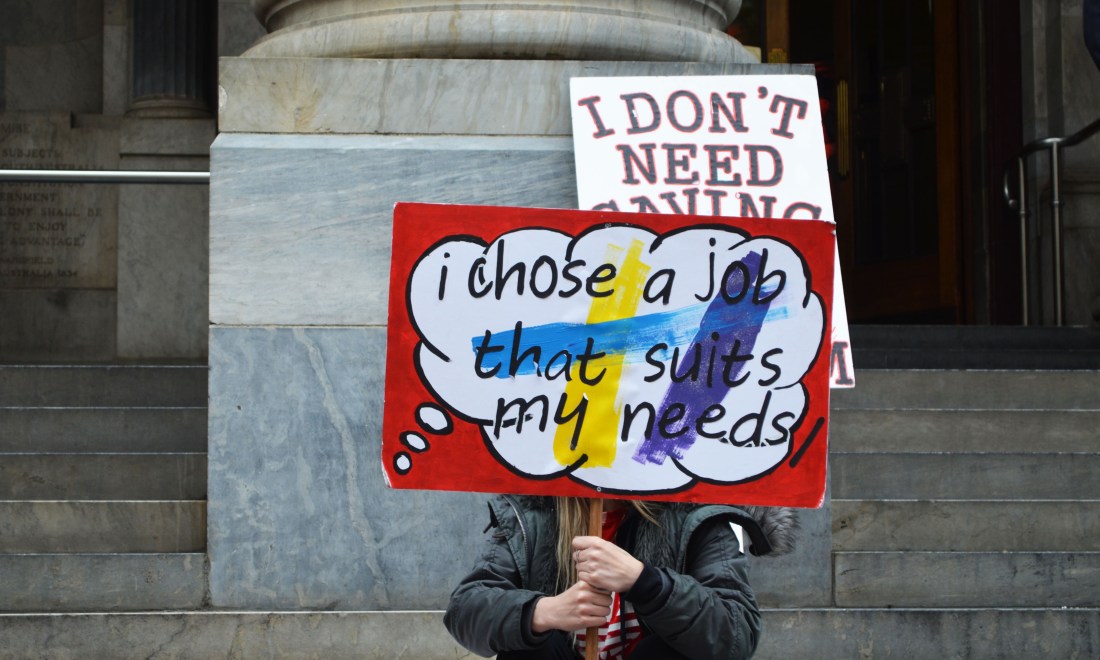 Diamond said operating as a sex worker in South Australia meant learning how to “work around the law”, but admitted her employment having an illegal status had taken a toll on her wellbeing and her faith in the justice system.

“If this Bill passes it means that if I’m robbed at work or assaulted, I can go to the police and know that they’re not going to discriminate against me or charge me on the premise of me being a sex worker,” she said.

“It will mean they take my sexual assault seriously.”

“We should be screening our clients to make sure we’re safe, not the police.

“No-one can stop the sex industry. It will continue to operate, so therefore it is vitally important that conditions are improved for all sex workers – and that is why we are trying to take a lead with this issue in South Australia.”

Michelle Lensink is expected to vote for Franks’ Bill, because “consenting adults should be able to make decisions for themselves”, she told InDaily.

“We need to take a grown-up, realistic approach to peoples’ attitudes on these issues,” she said.

“People who work in the industry feel that they can’t report crimes against them.

“I think that’s not a situation most people think is acceptable in this day and age.”