Attorney-General Vickie Chapman has tasked University of Adelaide’s South Australian Law Reform Institute (SALRI) with managing the online survey, with results to be collated in a report presented to MPs by August.

Chapman said the State Government had no official position on the Bill, with MPs free to vote according to conscience.

Chapman said current abortion legislation has not been amended for decades, with access to the quality of abortion healthcare varying across South Australia.

“Since [1969] there have been significant advancements in medical technology, and a significant shift in community attitudes,” Chapman said.

“It’s important that we hear the views of regional communities – to ensure that the Law Reform Institute fully appreciates how the current laws apply, not just in regional areas, but across South Australia.”

South Australia’s current abortion laws, filed under the Criminal Law Consolidation Act 1935, have not been amended in 50 years.

Among other things, it dictates:

In 2018 Greens politician Tammy Franks proposed a bill aimed to reshape South Australia’s abortion laws; she said her bill would remove abortion from criminal law, move it into health law and be regulated like “any other health service”.

Chapman said that while she supported Franks on her advocacy, Franks’ Bill was “too broad” and “fails to adequately regulate these medical procedures”.

“Instead of supporting this ultimately flawed Bill, I am of the view that a referral to the Law Reform Institute is the most appropriate way to determine how South Australian laws could best be updated and brought in line with those in other jurisdictions, particularly regional access and investigating the current outdated criminal law,” she said.

Leader of the Opposition in the Legislative Council Kyam Maher said he supported the SALRI review.

“Once the SA Law Reform Institute has completed their review, and the consultation has finished, I and my parliamentary colleagues will be in a position to make sure we have the best laws possible,” he said.

“My personal view is that every woman should have control over what happens to her body, and have access to safe and legal abortion services.”

SALRI Director Professor John Williams said one the largest legislative caveats surrounding South Australia’s abortion policy is that it’s a criminal law issue. If it were moved into health law, Professor Williams suggests it would end the criminalisation of the procedure.

“It would stop the criminalisation of women trying to procure abortions … it would also decriminalise medical practitioners who undertake it unless they follow medical procedures under the legislation,” he said.

“The procedure came with the assumption that it would take place in a hospital and it would require two doctor examining a woman in their presence,” said Dr Plater.

“This was before the time where women could take pills, so at a time when there were more hospitals and more doctors in a region.”

Co-convenor of the South Australian Abortion Action Coalition (SAAAC) and Associate Professor of Women’s Studies at Flinders University Barbara Baird told InDaily the two-doctor requirement is “offensive to women” but was a product of the 1970s.

“It was a result of really paternalistic thinking that women couldn’t be trusted to make their own decisions, and that two doctors were needed to interview the woman to make the decision for her.”

She said the two-doctor rule was also problematic for women living in rural areas.

“That discriminates against and obstructs women who live just outside the state but who would normally come to Adelaide for healthcare, so that’s women in Broken Hill, Mildura, some in the Northern Territory, and also women who have just arrived here, such as overseas students or citizens or backpackers.”

However, SAAAC state country women are being left behind. 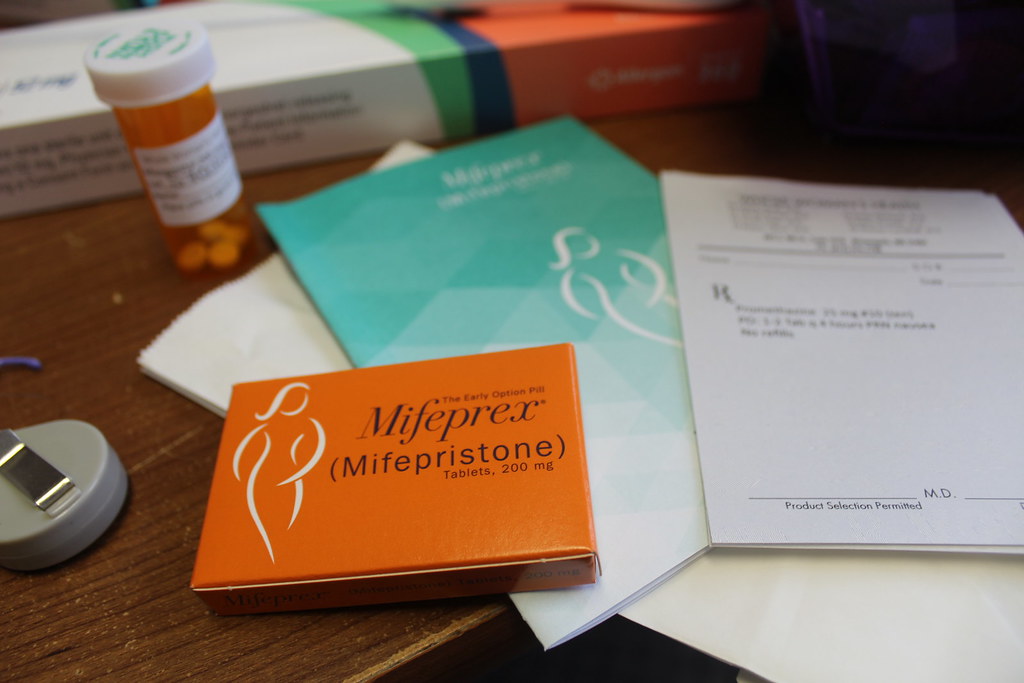 Mifepristone blocks the action of progesterone, a hormone essential
for a pregnancy. Photo: supplied.

“Technological advances such as early medication abortion (EMA) or mifepristone (RU486) and provision by telemedicine and/or nurses and midwives could improve accessibility for country women, but SA law restricts this,” the SAAAC website reads.

Dr Plater said SALRI was aware that regional, rural, remote and Indigenous Australian women were affected by this legislation, and their opinions in the survey were wanted.

“The legislation was written in 1969 where the only mode of termination was a surgical one,” he said.

“Not only do you have medical advances, but we’ve also heard issues surrounding whether phone or Skype medical services could be allowed.

“That’s interstate practice, but under the current law of South Australia it can’t be used in this state.”

Dr Plater said factors such as telemedicine could aid women in these locations.

SALRI said all South Australians can participate in the 10-question survey, via online consultation hub yourSAy.

The survey will expire this Friday.