Andy MacQueen and his father David, 88, arrived at Modbury Hospital’s emergency department on Saturday, May 26, 2018, with a letter of referral, written by a GP shortly before.

David MacQueen said he believed the letter stated that Andy, 53, was contemplating suicide and was a child sexual abuse victim with a decades-long history of depression and drug addiction.

In 2005, he received a compensation payout from the Anglican Church as acknowledgement of the abuse he suffered at the hands of Brandenburg, a Church of England Boys Society leader at St Georges parish in Magill, from the age of 11.

Love of rock music and playing with mates, and love for his children, were the bright lights that helped keep MacQueen afloat during decades of depression.

READ MORE: “I was the happiest kid in the world and then I wasn’t”: The life and death of Andy MacQueen

But in the week before his death, his life spiralled out of control.

He’d gone to stay with his father and mother Loryn, 78, at their eastern suburbs home after saying he was considering suicide. He had also stopped taking anti-depressants and the heroin he took up at 19, after being introduced to and plied with marijuana by Brandenburg from age 12.

“It was clear he was in a desperate state,”’ David MacQueen said.

MacQueen also was haunted by his past.

“It seemed his thoughts turned more than ever to the abuse he had suffered,” his father said.

“He was more open about what had happened than he had ever been before.

“On the Thursday before he died we went for a walk together, and he told me horrific details of the sexual abuse he had suffered at the hands of Robert Brandenburg and his circle of pedophile friends.”

MacQueen continued to unravel. His father said that by Saturday he was in a “dreadful state – scared, distressed and unable to sleep’’.

“He was falling apart,” said Loryn. “It was just awful.”

I was hoping that they would take him in. I thought that with the doctor’s letter, him talking about killing himself, his frantic state and emaciated appearance, they would admit him for sure.

At 9am, David drove Andy to the Modbury clinic he had attended for years.

David explained his son’s desperate situation and history to the attending GP, who wrote a referral letter to take to Modbury Hospital, a short drive away.

In a letter sent last week to State Coroner Mark Johns – seen by InDaily – David MacQueen outlined what he said happened after they arrived.

“Andy was interviewed.. I was present… One of the questions I recall was: ‘Do you think about suicide?’ He said yes.”

David said Andy was then asked: “‘How do you think about doing it?’ He said (states method). That will stay with me forever.”

Andy, a father of three, was then told to wait.

“We waited for hours and while we waited Andy became increasingly agitated and paranoid,” David said.

He continually asked his father what he was going to do. He smashed his mobile phone.

“I was hoping that they would take him in. I thought that with the doctor’s letter, him talking about killing himself, his frantic state and emaciated appearance, they would admit him for sure.

“That was all I wanted. It was clear that he desperately needed specialist help that his mother and I were unable to provide.’” 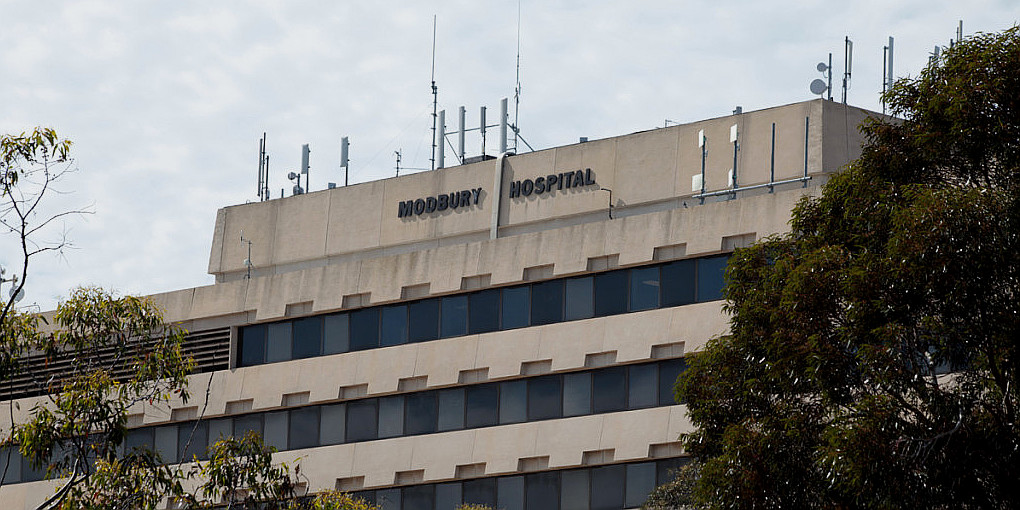 Eventually, Andy was taken to a room but David said he was not invited to attend.

“Even though I had brought him in and was obviously his support person, I was not asked to be present or consulted in any way,” he said.

David MacQueen believes that might have been an error, as his son had spent a lifetime masking his true emotions and mental state from people other than immediate family.

“One of the problems was that, when he was with me, he was absolutely distraught,” David told InDaily.

“He could speak to these other people quite sanely… but, to us, he was this absolutely desperate person.”

Three years previously, after ringing family in the middle of the night and threatening suicide, police had taken Andy to a hospital for mental health observation. He was discharged within hours.

David MacQueen said his son eventually returned to his emergency ward cubicle and, after a further wait, was told he could leave.

David said he was not aware of receiving any verbal or written advice.

Andy was discharged about 7pm.

“We left the hospital in a worse state than we had arrived – frustrated, exhausted and hopeless – our last chance for help gone,” David said.

“I can’t help but think that if he had been admitted then, if we had received some support, he might still be alive.”

Andy spent the night pacing in his bedroom.

“He was pacing around all night,” his mother said.

“He couldn’t stop pacing. He was in a terrible state.

“He said ‘what can I do, mum, what can I do?’ I said you need to get some sleep. I sat out there with him awhile. You can stay here and we’ll sort something out.”

When his mother checked on Andy later in the night, she said his behaviour had changed.

“I think now he’d made up his mind he was going to kill himself.”

At 9am Sunday, David saw Andy in the kitchen making a coffee and said: “G’day, how are you going sort of thing.”

It was the last time David would see his son alive.

Andy’s bedroom was quiet throughout the day. David and Loryn assumed he’d fallen asleep after his exhausting ordeal and left him alone to get some much-needed rest.

His sister Belinda came over in the early afternoon to check on her parents and Andy. She called out to him from outside his door, but he didn’t answer. She too assumed he was asleep.

At 4pm, David MacQueen went to check on his eldest son.

He’d taken his life, using the method he told emergency department staff he would.

It was less than 24 hours since his discharge.

“I believe my son’s suicide could have been prevented had he been admitted to a hospital and given the focused mental health care he so desperately needed,” David said.

“Unfortunately he was turned away, and what’s done cannot be undone.”

He was pacing around all night. He couldn’t stop pacing. He was in a terrible state. He said ‘what can I do, mum, what can I do?’

David answered, and said it was a person he believes identified himself as Modbury Hospital’s head of psychiatry.

“He said he was sorry to hear what had happened. He gave me his number and said to call if we wanted to talk to him,” he said.

Andy MacQueen was farewelled by family, friends and hundreds of music fans at Adelaide rock venue, The Gov, where he had recently played onstage with his band, Pro-Tools.

For most present at the funeral, eulogies from family members was the first they learned of his ordeal as a child, and the devastating toll Brandenburg’s abuse and betrayal had taken on his life and family.

Police told them on the day he died that it could be at least a year before they learn if any inquiry is to be held.

In the letter to the Coroner outlining Andy MacQueen’s tortured life and tormented last days, David MacQueen said that despite what occurred at hospital, the family were not seeking to blame any individuals.

“I think the problem is bigger than that,” he said.

"I was the happiest kid in the world, and then I wasn't": The life and death of Andy MacQueen

“When someone seeks out health services, openly saying they have been contemplating suicide, it seems unthinkable to me that they would not be admitted to hospital or at the very least referred to some other service.

“The fact that neither of these things occurred suggests a systemic failure that, in this case, had catastrophic consequences.

“While it is too late for my son, I felt compelled to write to you in the hope that his death will not be for naught, and that maybe it can be the catalyst for change that could save the life of someone else’s child.”

In a statement, SA Health said it could not comment on the case as it was before the Coroner’s Office.

If you or someone you know needs help, you can call LifeLine on 13 11 14 – or you can call the Mental Health Triage Service / Assessment and Crisis Intervention Service on 13 14 65.