However, InDaily can reveal that AOSMA threatened to close off an entrance to the venue unless Port Adelaide addressed its concerns about pricing, among other worries, as early as June 2014.

An email obtained by InDaily, from AOSMA general manager Darren Chandler to Port Adelaide Football Club chief operating officer Stephen Dawes, dated 3 June 2014, says the authority was concerned by both the sale of Coopers beer and its pricing within the venue:

“(AOSMA) will not continue to allow access to this area directly off the Southern Plaza unless these matters are addressed.

1. All branding should be removed from this area.

3. The pricing must be the same as that of Adelaide Oval.”

The email continues: “This may seem harsh but AOSMA cannot be seen to be endorsing a competitor of one of our major partners and we will not help facilitate an operation on our doorstep that is significantly undercutting the catering operation of AOSMA”.

In response to the email, Dawes said Port Adelaide only priced the beer so cheaply because it had spare stock from another event, and that “going forward, we will revert to some higher beer pricing more in line with stadium pieces (but equivalent to vessel size)”.

The Game Day Village – which was branded the ‘Legends Bar’ when it was first established in 2014 – sets up on Tennis SA land just outside Adelaide Oval.

Look, I would have to say now that that would have been a negotiating ploy

Lion produces West End Draught – recently sold for $9 inside the stadium – and Hahn SuperDry – sold there for $9.50 – among other beverages.

He also concedes he was concerned that the difference in pricing, between the Game Day Village and inside the oval, was creating negative media attention.

Nonetheless, Daniels describes the dispute with Port Adelaide over drinks sales at the venue as an initial “bump on the road”.

He says AOSMA has fully supported the venue, and encouraged it to continue, since at least 2016.

Port Adelaide CEO Keith Thomas told a parliamentary inquiry last week that the club had abandoned the Game Day Village, despite its popularity, because AOSMA didn’t like the competition from “cheaper beer” and had made it “impossible” to continue with it.

Daniels responded by calling a press conference later that day, saying the claims were “outrageous” and “wrong”, and that his organisation had never expressed any antipathy towards the Game Day Village.

InDaily asked Daniels during the press conference whether he had any information to suggest that the Game Day Village had reduced alcohol sales revenue at the oval.

“I think there are many places where people can have a beer before the game … great – we want to encourage that.

“It makes no difference to the turnover at the Adelaide Oval during the game.”

Daniels raised the rhetorical stakes the following day, describing Thomas’ claim that the SMA had undermined the venue as “scurrilous” and “disgraceful”.

“It was the most scurrilous, outrageous, disgraceful accusation I have ever heard in my entire career,” the AOSMA boss told ABC Radio Adelaide. 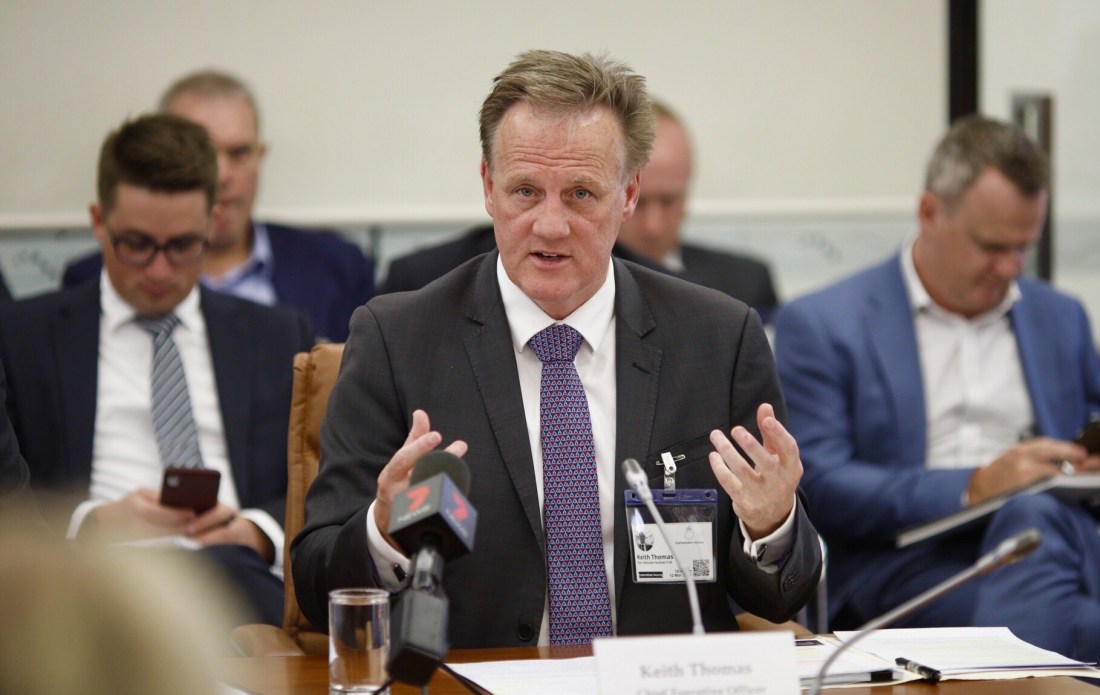 However another document obtained by InDaily shows Daniels personally complained to Port Adelaide in July 2015 that the Game Day Village was costing Adelaide Oval $40,000 per game in food and drink turnover.

Daniels said he had forgotten he made the complaint when he spoke to reporters last week, and only recalled it and retrieved the document after InDaily asked about it.

He described his complaint to Port Adelaide and the $40,000 figure he gave as a “negotiating ploy”.

“I have no recollection of that (complaint) … but I acknowledge that I sent it,” he said.

“Look, I would have to say now that that would have been a negotiating ploy.”

Asked what he meant by the term “negotiating ploy”, he told InDaily: “I actually don’t know why I said it, to be honest.”

“I even had to look at the email again because I can’t even remember.”

He made the remarks under parliamentary privilege, meaning no legal action can be taken as a result of them.

Port Adelaide has not produced any documentary evidence of a formal objection to any of its liquor licence applications from AOSMA – however InDaily has seen other documents suggesting that the club had suspected the authority of lobbying against the applications behind the scenes.

In 2015, then-Liquor and Gambling Commissioner Dini Soulio asked AOSMA to comment on a liquor licence application by Tennis SA for Port Adelaide match day events adjacent to the oval.

The letter, dated 22 June 2015, questions whether the appropriate building and planning approvals were in effect to allow the increase in capacity envisioned by the liquor licence application – from 200 people to 5000 people.

It also questions whether it would be lawful to unlock the gate immediately adjoining Adelaide Oval, citing a section of the Liquor Licensing Act that prohibits two or more licences being granted for the same premises.

“Anybody else would have had the same operational concerns.

“But we never objected to it and I’ve actually got in writing (a document) confirming that we will not object, and encouraging Port Adelaide to please lodge as soon as possible so we can get this sorted out.”

Consumer and Business Services has told InDaily that it received two objections to a liquor licence application by Tennis SA in 2016. 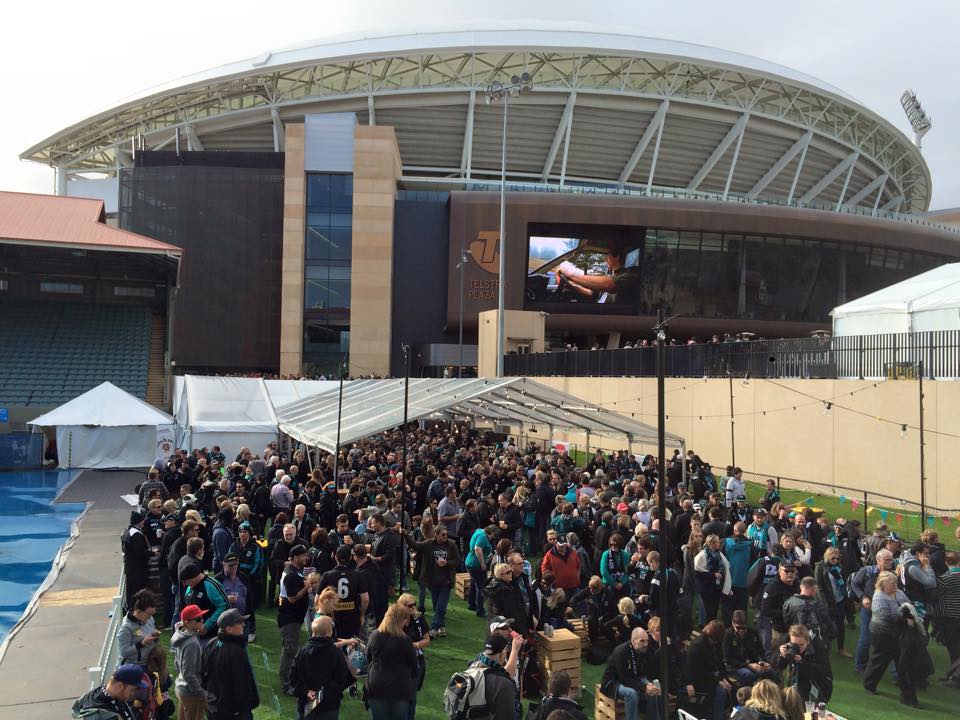 The licence would have covered the Game Day Village area.

But CBS declined to identify who had objected to the application, which failed anyway because Tennis SA’s application had been “incomplete”.

A spokesperson for the State Government agency added that: “The 2018 Game Day Village licence was dealt with as a limited licence – a process that does not allow for objections.”

Daniels wrote to Tennis SA CEO Steven Baldas in February 2016, saying that AOSMA “would not object to an application under the Liquor Licensing Act by the appropriate Port Adelaide Football Club entity for limited licences for the 11 scheduled (Port Adelaide) home games … for season 2016, subject to being involved with discussions as to the final terms and conditions of those liquor licences”.

“For the benefit of all relevant stakeholders and to avoid any unnecessary uncertainty as to arrangements for these events, I invite you to encourage the Port Adelaide Football Club to make applications for limited licences … as a matter of urgency,” it reads.

Speaking to InDaily late last week, Daniels added: “I just cannot accept that there is in any way some sort of conspiracy to stop this (venue).”

“We did not engage in a long-term campaign … to make it so difficult that it had to stop.

“We worked hard to get a three-year agreement to get it here last year, this year and next year.

“As it’s transpired … this year would have been a problem anyway because they’re building a roof over memorial drive (tennis courts, where the Game Day Village is held).”

It is clear, however, that AOSMA and Port Adelaide were still negotiating on drinks pricing at the Game Day Village as late as 2018.

By last year, the club had offered to allow AOSMA to control the venue, set its pricing and provide staffing – and to negotiate its own arrangements for the sale of alcohol there.

We think a price around $7.50 and $8 probably hits the mark from a Game Day Village credibility point of view.

An email from Thomas to Daniels, dated February 2018 and obtained by InDaily, says that the price of beer was the only “issue” remaining to be sorted out in the negotiation between the two organisations over Game Day Village.

“The only issue … is the need for the beer prices to be lower outside than inside the arena,” the Port Adelaide CEO writes.

“We want people to think that it is the Game Day Venue – authentic – and part of that offering is cheaper beer.”

Thomas was also offering to sell the Game Day Village marquee to AOSMA for $25,000.

Minutes from an AOSMA board meeting, prepared by Daniels and dated 19 March 2018, say that Port Adelaide approached the authority about re-establishing Game Day Village “because feedback from their members indicated it was an important part of the game day experience”.

“In order to avoid a conflict and given that Tennis SA would only support PAFC if it was endorsed by AOSMA, PAFC presented the opportunity to AOSMA on the basis that it was run by AOSMA, but themed as a Port Adelaide product,” the document continues.

“AOSMA has been able to negotiate an appropriate commercial arrangement and entered into an agreement with Tennis SA to manage the Game Day Village for 2018 (10 games recommencing Round 3), 2019 and 2010 (sic.) with a right to renew for a further three years.

“AOSMA will receive 100 per cent of the revenue and cover all costs, with the exception of theming and advertising, which will be the responsibility of PAFC.”

The authority “will have the ability to negotiate its own pourage rights from 1 July 2018”.

“Management estimate that the net financial return to AOSMA (after all costs) from the PAFC Game Day Village will be $40k per annum.”

A statement on posted on the Adelaide Oval website on last Tuesday says: “The allegations made by the Port Adelaide Football Club at today’s parliamentary inquiry hearing in relation to the Game Day Village are wrong and totally rejected by Adelaide Oval.”

“For the last two years Adelaide Oval has run the Game Day Village in conjunction with Port Adelaide to enhance to the game day experience and we are more than happy to continue doing so.

“We have never opposed a PAFC liquor licence application for the Game Day Village.”

The statement on the Adelaide Oval website continues: “Our Executive met with the PAFC executive on 13 December 2018 and was told that the Game Day Village was not a priority for 2019.”

“Despite our investment of over $100,000 in infrastructure to enhance the Village, we agreed with the PAFC not to run the Game Day Village in 2019.

“Only last week, we met with the PAFC and was assured once again that the Game Day Village was not a priority for the club for 2019.

“It was also discussed that it would not be able to go ahead in 2019 anyway because of the $10 million upgrade to Memorial Drive being undertaken by Tennis SA.

“Our team is totally committed to working with all hirers of Adelaide Oval, including the PAFC, to maximise the game day experience for fans.”

During the interview late last week, Daniels told InDaily: “I stand by my remarks on the basis that we were completely blindsided by an attack on the integrity of our organisation.” 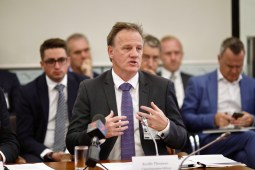 “We had a direct attack and I responded.”

He added that it was “important for all sides now to de-escalate this”.

“I think this whole issue has got overheated,” he said.

“We have a very good operating relationship with Port Adelaide. We do not want to have a public spat with them.

“We want to continue a very good relationship with Port Adelaide and I want them to be successful.”