“My Mother and Father started going and they took me 75 years ago but they’d been going well before that,” he says.

“I’m one of the older ones now but we have a good diversity including the very young – four of my grandchildren camp up there.”

Wayne camps in “Rotten Row” a paddock with about 25 campsites opposite the southeast corner of the Oakbank track. It is one of several campgrounds close to the racecourse that becomes a sea of tents and caravans around Easter. 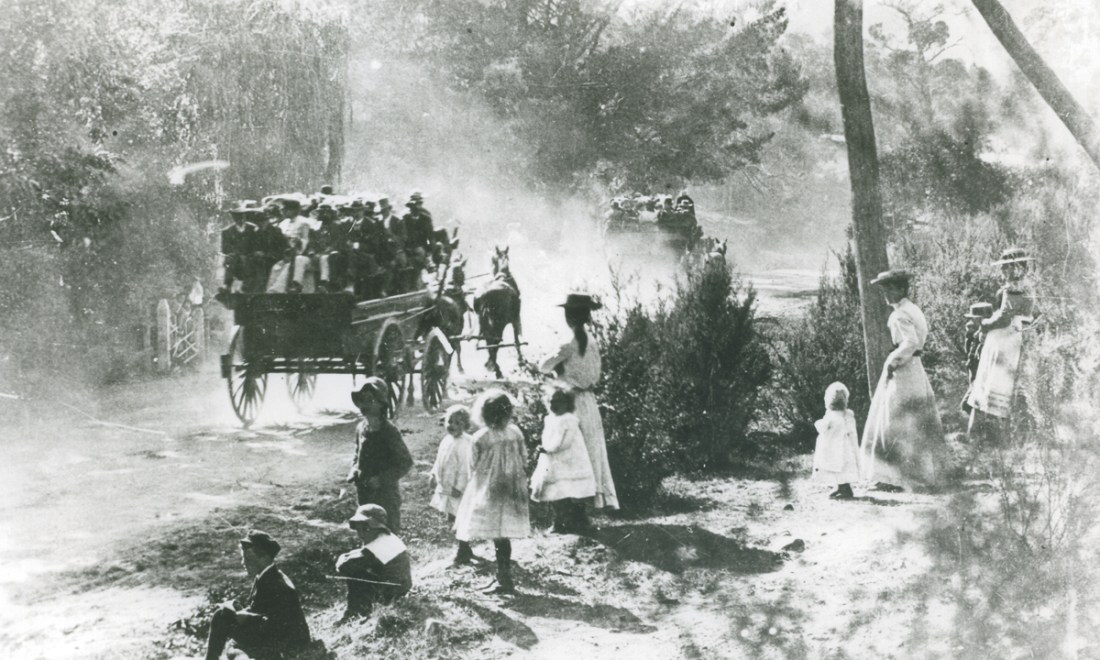 Horse drawn wagons full of people going to the Oakbank races at Easter in 1905. Picture courtesy State Library of South Australia B46640.

While he usually camps for a week in the lead-up to Easter and stays on for a few days after, the Saturday and Monday race days are always a highlight.

“The racing is good and it caters for a lot of people, there’s sideshows for the kids and it’s good for families,” Wayne says.

“It is unique – we have people from Queensland coming to camp with us this year and we’ve had people from Victoria come over too and the racing club attracts people from New Zealand and interstate as well.” 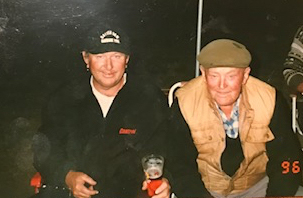 The Oakbank Easter Racing Carnival has been one of South Australia’s premier social and sporting occasions for almost 150 years. While camping out has become a tradition for some, thousands more flock to Oakbank on race days in cars, buses, limousines and helicopters to be part of the action

The time-honoured Great Eastern Steeplechase will be the feature race on Easter Saturday, April 20, while Eastern Monday will also include a full-card of racing with a unique country atmosphere.

The Von Doussa Steeplechase will be held at a preview meeting at Oakbank on Sunday, April 7, giving more horses the chance to complete the prestigious Von Doussa-Great Eastern double.

A crowd of more than 20,000 is expected on Easter Saturday with attractions including rides and sideshows, a Fashion at the Races competition with cash prizes, a Stable Stars Kids Zone, a Beauty Bar marquee, Easter egg hunt and a great variety of dining options from food trucks through to the five-hour Mollydooker Long Lunch.

‘Mirthful Queen’ defeats ‘The Leader’ in the Finish of the Hills Railway Stakes at Oakbank in 1941. Picture courtesy of State Library of South Australia B7798_346.

Racegoers are also welcome to bring their own supplies. By mid-morning the infield car park is usually awash with families setting up picnics and barbecues, which adds to the unique country atmosphere of Oakbank.

If you want to win the ultimate Oakbank experience, including two tickets into the Mollydooker Long Lunch and return transport, click here.

A picnic in one of the campgrounds adjacent to the Oakbank Racecourse in 1962. Picture courtesy of State Library of South Australia B7798/456. 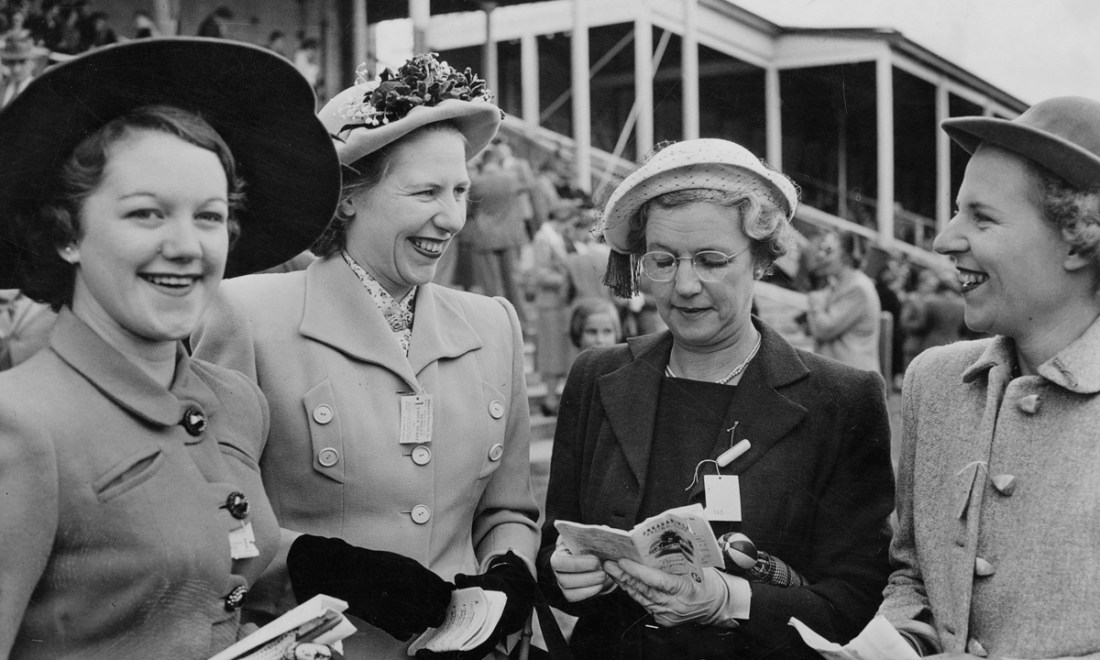 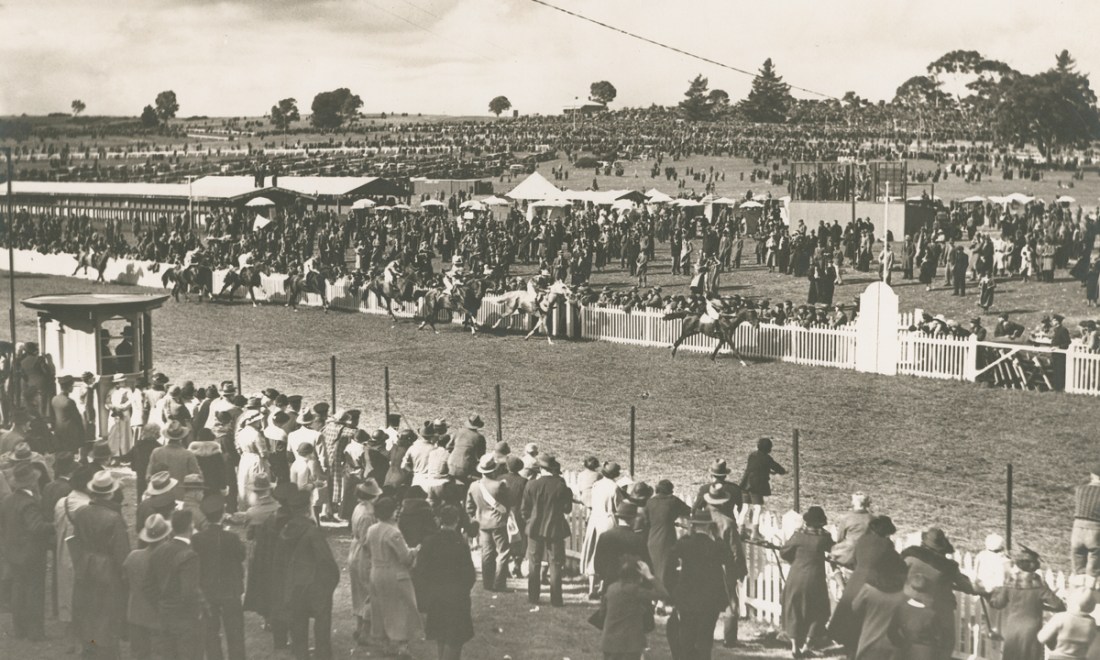 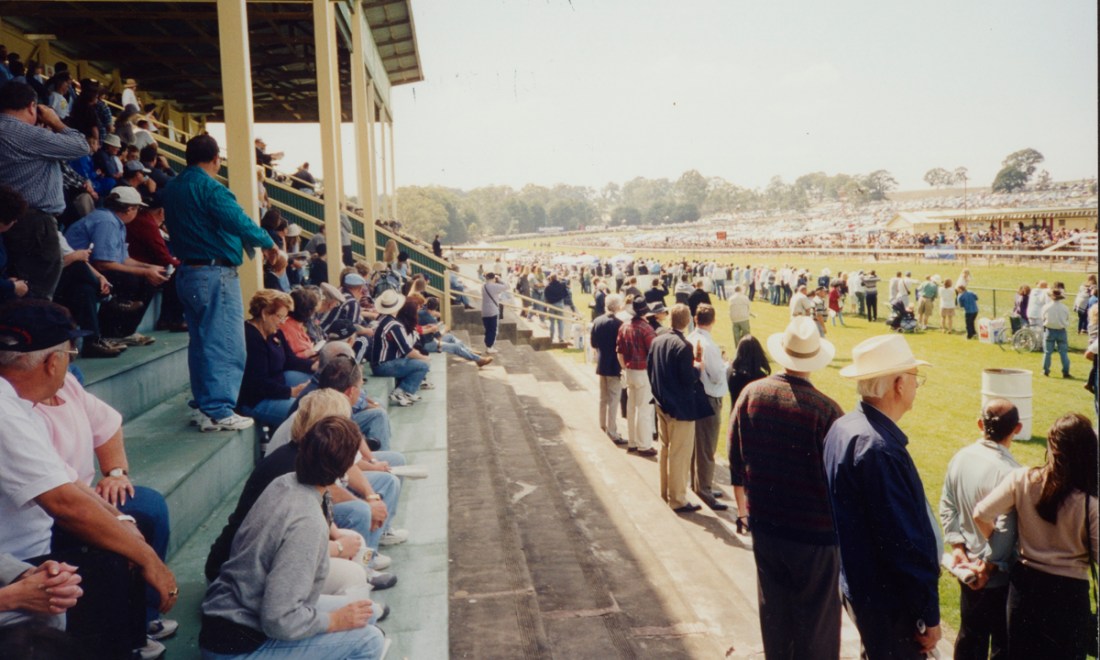 Spectators watching a horse race from the Oakbank grandstand in 1999. Picture courtesy State Library of South Australia B64183.

Rides and amusements at the Oakbank Easter Racing Carnival in 2006. Picture courtesy State Library of South Australia B69282/370.