Analysis in the latest CommSec State of the States report, released last week, shows wages grew by 2.1 per cent in the 12 months to the end of the March quarter.

Prices rose by 2.3 per cent during the same 12-month period.

It’s the second consecutive quarter where wages growth lagged behind CPI during the previous 12 months. In the year to December 2017, SA workers received pay rises of an average 1.9 per cent, while consumer prices rose by 2.3 per cent.

For about six years before that, on average, pay rises had kept mostly above inflation, according to the brokerage firm. 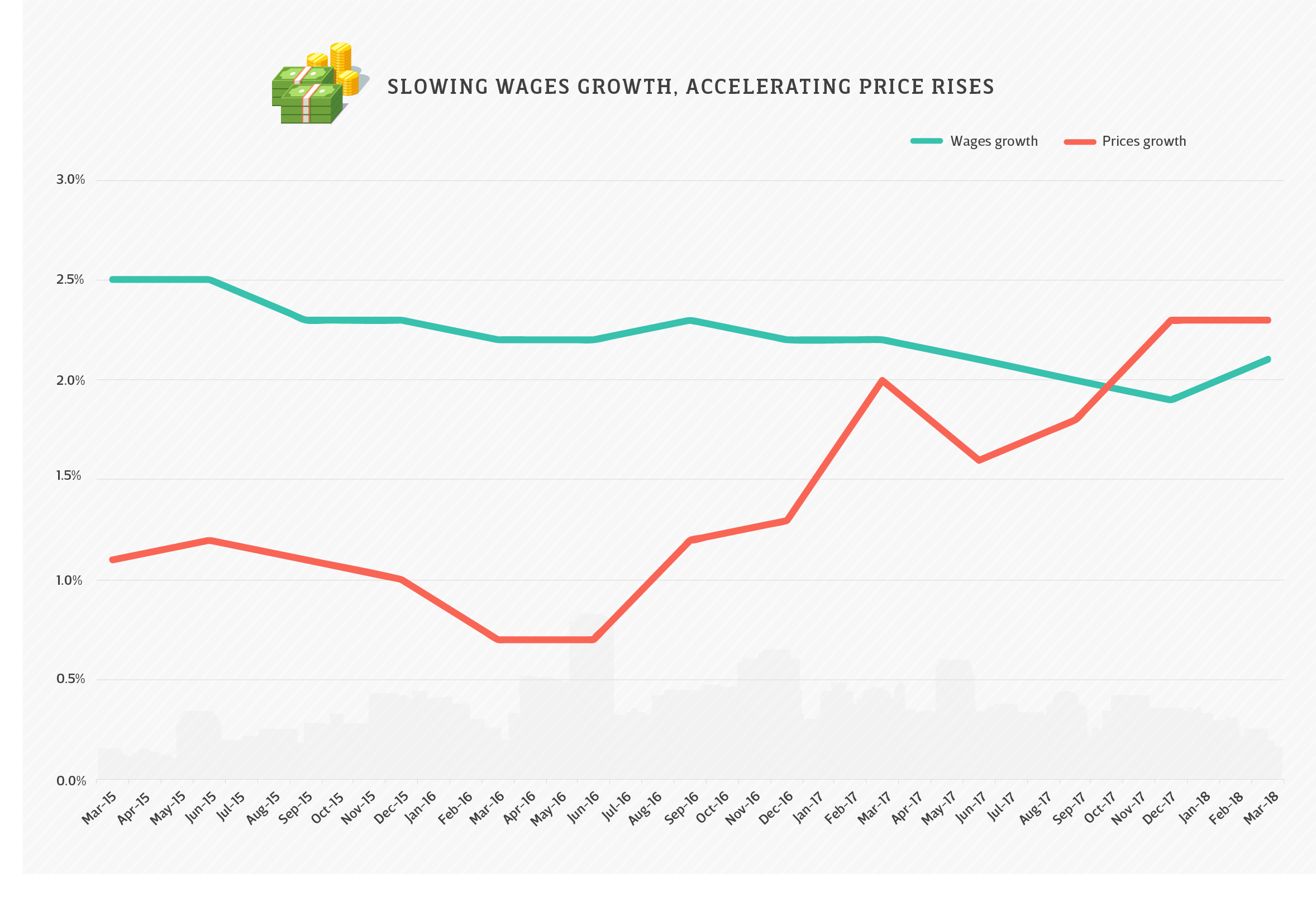 Using a longer-term analysis, however, both wages growth and inflation have been slowing in South Australia.

CommSec chief economist Craig James told InDaily that international factors had put downward pressure on both wages and consumer prices over about the past decade.

“The trend of lower wage and price growth is a national and, indeed, international trend,” he said.

“Consumers can buy goods online from anywhere in the world and businesses can get supplies and work done offshore.

“So there has been downward pressure on wage and price growth.” 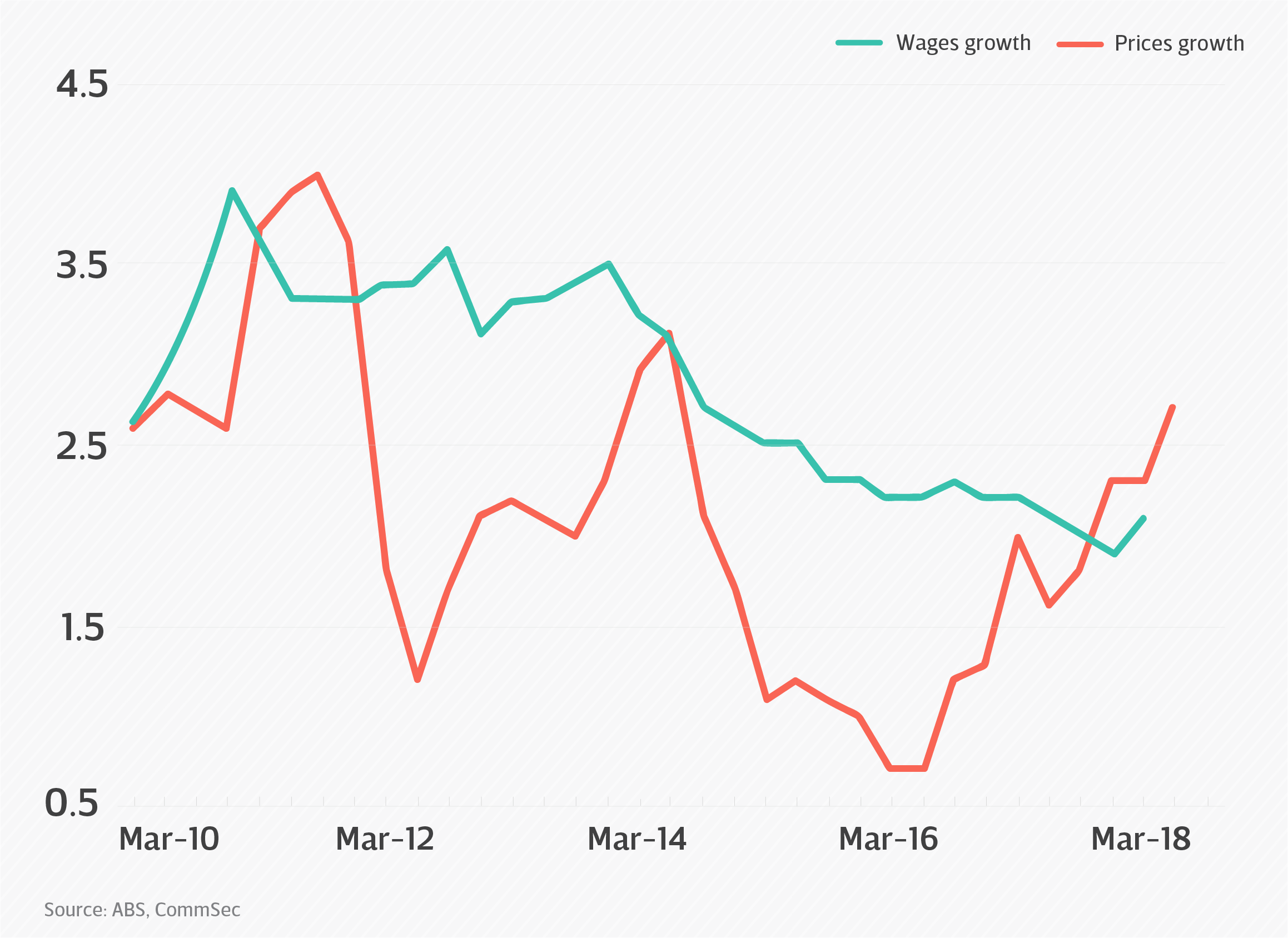 He noted that wages were still growing faster than inflation – if you exclude unusual recent price rises in electricity and petrol – in South Australia.

“There was a spike in electricity prices in September quarter 2017 – that will drop out of the annual calculation next quarter,”  said Craig.

“Petrol prices have also been rising.

“On balance, wage growth is still in front of underlying price growth.”

Craig added that, in general, wages growth has been above prices growth, in both Adelaide and other capitals in recent years.

On overall economic performance, South Australia has slipped to sixth place in the country, marginally behind Queensland’s economy, according to the most recent State of the States report.

However, there remains “little to separate the two economies,” the report says.

Victoria’s economy ranked number one for the first time since CommSec began producing the reports in mid-2015, ahead of New South Wales, placing second.

The Australia Capital Territory was ranked third, ahead of Tasmania.

The island state is benefitting from stronger home buying and building activity.

Western Australia’s economy was the lowest ranked in the report, behind the Northern Territory, although there were “positive trends for both economies, especially with regard to investment”.