While by-elections typically have a lower voter turnout than general elections, Mayo voters are voting early in higher numbers than they did at the 2016 election.

At that election, Sharkie, then representing the Nick Xenophon Team, won the seat from Liberal Jamie Briggs with 55 per cent of the two-party-preferred vote.

Despite having to resign due to her citizenship status, and the NXT changing its name to Centre Alliance, Sharkie is on track to retain the seat at Saturday’s by-election, possibly with an improved margin.

A YouGov Galaxy poll published in today’s Advertiser has Sharkie with a huge two-party-preferred lead over Downer – 59 to 41. The poll of 540 voters in Mayo has Sharkie edging towards a win on primary votes: she’s polling 47 per cent to Downer’s 35 per cent.

In June, three polls in a single week – separate ReachTel polls for Channel 7 and the Australia Institute and a Galaxy poll for The Advertiser – put Sharkie ahead by 58 per cent to 42. In late June, another ReachTel poll had her lead blown out to 62-38.

Today’s poll indicates that Downer hasn’t made sufficient inroads, despite outmuscling Sharkie in the campaign in terms of corflutes and political support. A series of ministers, Prime Minister Malcolm Turnbull, and former PM John Howard have all visited Mayo to support Downer.

Sharkie has been supported by fellow cross-benchers Bob Katter, Cathy McGowan and, over the weekend, Andrew Wilkie.

Her office told InDaily today that the final week wouldn’t see any more interstate political support coming Sharkie’s way. Instead, she would be focusing on grassroots campaigning.

Sharkie may well have more active support on the ground than Downer, with the Centre Alliance candidate claiming more than 750 campaign volunteers.

He also believes that Sharkie – a former Liberal – has more appeal to centre-right voters in Mayo than Downer, who is connected with the conservative faction of the Liberal Party.

Manwaring told InDaily that Sharkie had captured the high ground as the “local” candidate, while Downer was seen as a newcomer, despite her history in the seat as the daughter of long-standing Mayo MP and Howard-era minister Alexander Downer.

“Overall, I don’t think the Downer campaign has gone particularly well and there’s still a lingering perception that she’s out of touch, or a blow-in from interstate, despite her father’s legacy,” he said.

Downer has also been confronted regularly by her connection with the right-wing think-tank the IPA.

Sharkie, by contrast, was presenting herself as a “centrist”.

“That’s a comfort zone for many traditional Liberal voters,” Manwaring said. “Mayo is seen as a blue-ribbon (Liberal) seat, but I think there’s a real mixture there of centre-right feeling that Downer doesn’t speak to. It’s a very strange electorate.”

While it’s generally true that by-elections have a lower turnout than general elections, Australian Electoral Commission figures released to InDaily today show Mayo voters are embracing the by-election with more gusto than those in the four other “Super Saturday” contests interstate.

As at close of business on Saturday, 10,300 people had lodged pre-poll votes in Mayo – compared with 6524 at the same time in the lead-up to the 2016 general election. Just over 10,000 postal vote applications had been received by the AEC.

In the by-elections of Perth and Fremantle, fewer people have voted ahead of the poll compared to 2016. Numbers are up in the tighter seats of Longman and Braddon, but not by the same proportion as Mayo.

The trend could be seen as a positive for Sharkie – and strengthen her position against any unexpected late swing. However, one political strategist told InDaily that it could simply be a function of there being more pre-poll stations this year compared to 2016. 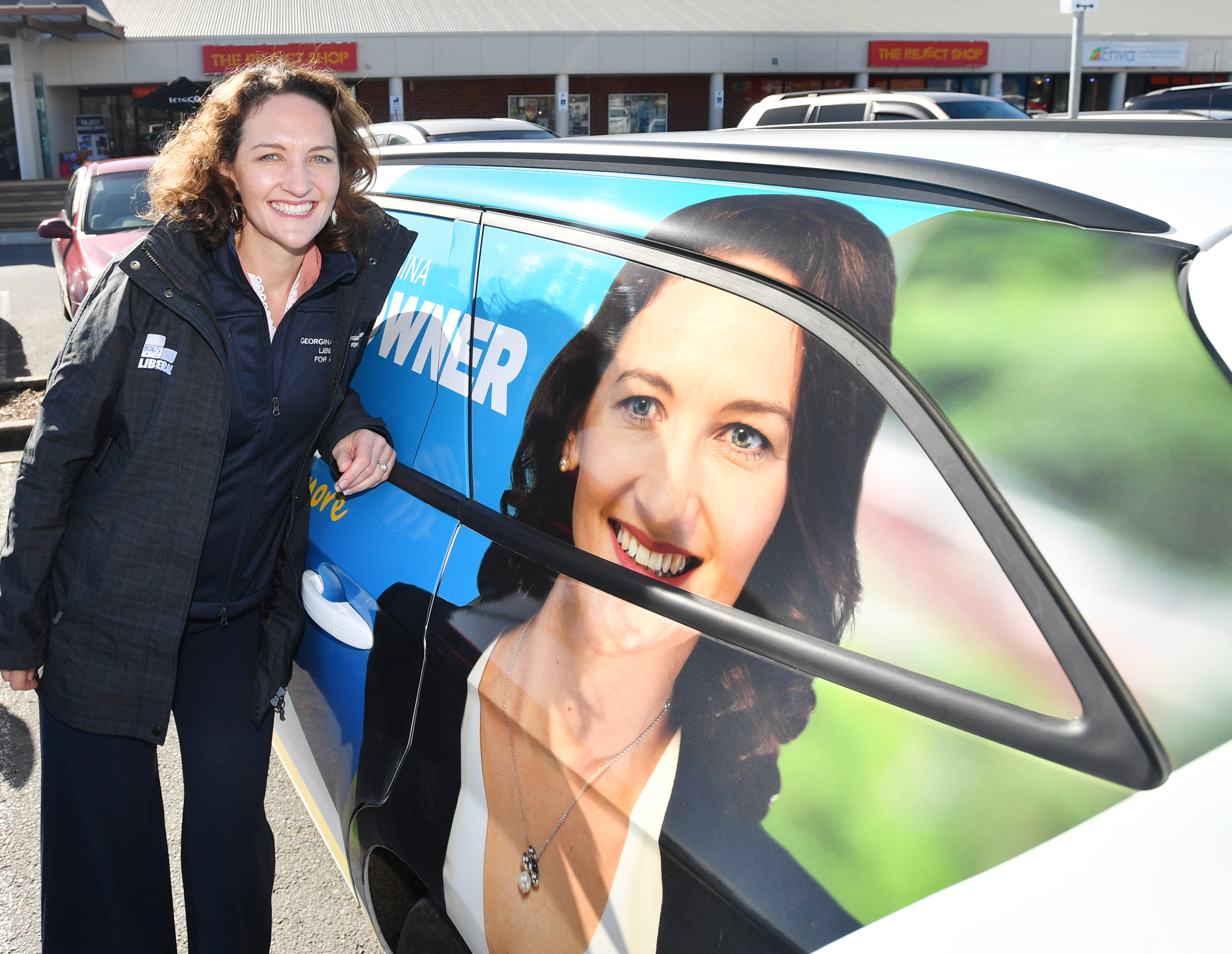 While the Liberals are unlikely to be celebrating in the Adelaide Hills on Saturday, they face better prospects interstate.

YouGov Galaxy polling published by NewsCorp today shows Labor trailing 49-to-51 per cent in the Queensland seat of Longman, which was won by Labor’s Susan Lamb at the last election.

In the Tasmanian seat of Braddon, support was 50-50 on a two-party-preferred basis, with the Liberals’ Brett Whiteley on the verge of winning back the seat he lost to Labor’s Justine Keay in 2016.

Should Turnbull snatch either seat on Saturday, it would be the first time a government has won a seat from the Opposition at a by-election in 100 years.

The poll showed if Labor frontbencher Anthony Albanese was leader, his personal popularity would add six points to Labor’s primary vote in Longman, taking it to 43 per cent, and an extra four points in Braddon, to 44 per cent.