InDaily understands that city ratepayers and state taxpayers paid a total of about $35 million for Adelaide’s most notorious vacant block late last year.

The conspicuous, main-street plot of dirt and grass at 88 O’Connell Street has been left undeveloped for decades.

Council sources have confirmed the price. They told InDaily this was several million dollars higher than the highest market valuation of the property presented to the council during its deliberations over the sale.

InDaily can reveal that the highest valuation for the site shown to the council was approximately $28 million.

The lowest valuation was in the low $20 millions, InDaily understands.

Lord Mayor Martin Haese declined to confirm or deny any of the figures, but said he would announce the price following final settlement.

“Settlement is imminent and at that point in time I’ll publicly disclose the purchase price and associated details,” Haese told InDaily.

“I can’t confirm or deny; all I can say (is that) post-settlement I’ll arrange for everyone to be invited, where I can disclose the purchase price.

“I absolutely look forward to communicating to everyone and answering all questions.”

In a statement released to coincide with the announcement of the sale in December last year, Makris said that the historic purchase had been agreed “at an undisclosed price and is significantly below its commercial value”.

The Advertiser cited property industry estimates at the time that the property was worth $30 million to $45 million.

Premier Jay Weatherill told reporters during the December announcement that the State Government had chipped in $10 million.

Council sources have told InDaily the majority of that fund was used to bring the offer above the highest independent valuation received for the land, up to the Makris Group’s threshold of about $35 million.

InDaily understands the Adelaide City Council’s contribution was about $25 million to $27 million, and that while most of the State Government’s $10 million contribution will go to the Makris Group a minor part will be used to improve the amenity of the site pre-development.

The revelations pre-empt the official announcement of the price of the sale, which was to occur after final settlement.

Haese told InDaily this afternoon: “I must say I would prefer you don’t run this story … I don’t want anything to jeopardise the transaction.”

He said he did not know whether the sale was at any risk of falling over, but he hoped not.

He confirmed, however, that the council had commissioned valuations to ensure value for ratepayer money and that due diligence processes were finished.

InDaily also understands that modelling presented to the council during its deliberations over the prospective purchase estimated that the property would yield about $3 million in rates revenue, in 2017 dollars, each year, if developed to its potential.

Haese also declined to comment on the $3 million figure, but told InDaily: “All of the economic modelling which council, of course, undertook prior to negotiating the final purchase … took into account future rates revenue … not only for the site itself but for (other O’Connell Street properties).”

Speaking at the announcement of the sale, Haese said his council had negotiated a fair price for the property and described the Government’s $10 million grant as a “minor contribution, but nonetheless an incredibly important and welcomed contribution towards securing the site”. 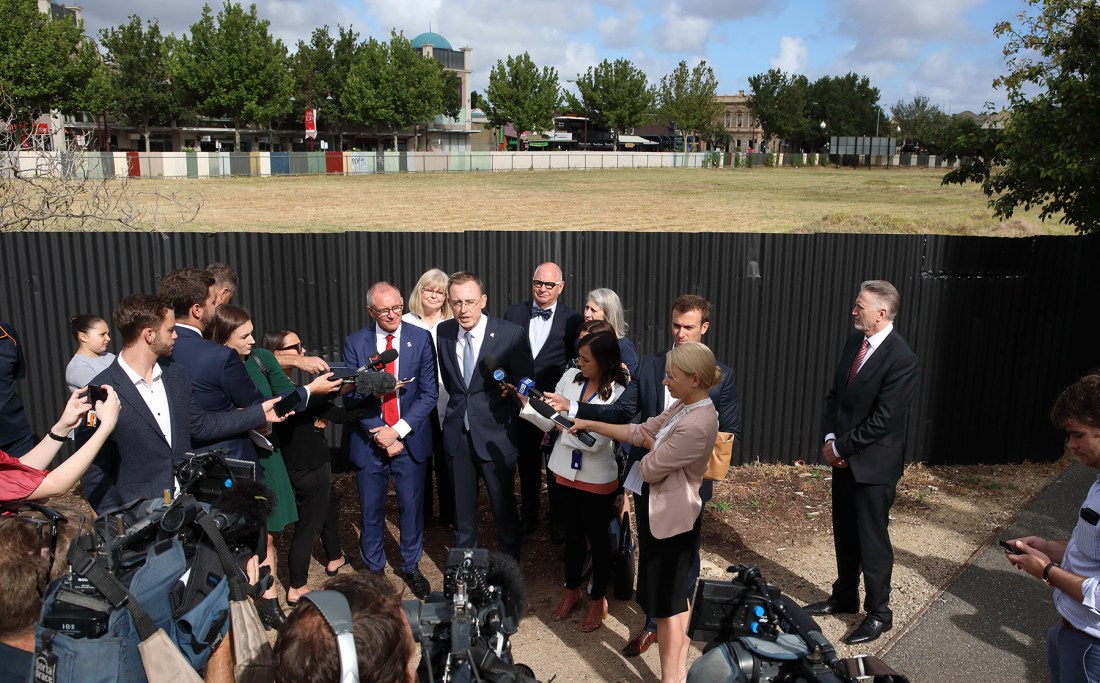 He said at the time that the council’s values – representing the community, not for profit – meant that the site would be redeveloped “appropriately”.

“Our motivation here is not to overdevelop.”