GetUp will decide soon whether to launch a campaign in the lead-up to the March election, fresh from what it believes was a decisive anti-coal push in last year’s Queensland state election contest.

The progressive group says it’s still considering its options, but if it does decide to enter the SA fray it appears likely to focus on what its local members see as flaws in the three key parties’ approach to renewable energy.

A survey of members, responded to by 896 South Australians, found overwhelming support for a transition to 100 per cent “clean energy”.

“GetUp is looking carefully at all parties’ policies in the lead-up to the state election,” a spokeswoman told InDaily.

“Our member survey found huge support for South Australia to keep leading the way on climate change and renewable energy.

“Local GetUp members expect all three of the parties likely to form government to improve their positions and fully embrace the transition to 100 per cent clean energy.”

In survey data provided to InDaily, GetUp’s local members said their top priority for renewable energy campaigning was “helping more households save energy and get access to rooftop solar and storage”.

Both the Liberals and Labor have made policy announcements in this regard, with Steven Marshall’s Opposition promising a $100 million home battery fund and Jay Weatherill’s Government announcing a “virtual power plant” which will provide 50,000 households with solar panels and battery storage.

The next highest priority favoured by members was “campaigning for 100 per cent renewable energy in South Australia”. 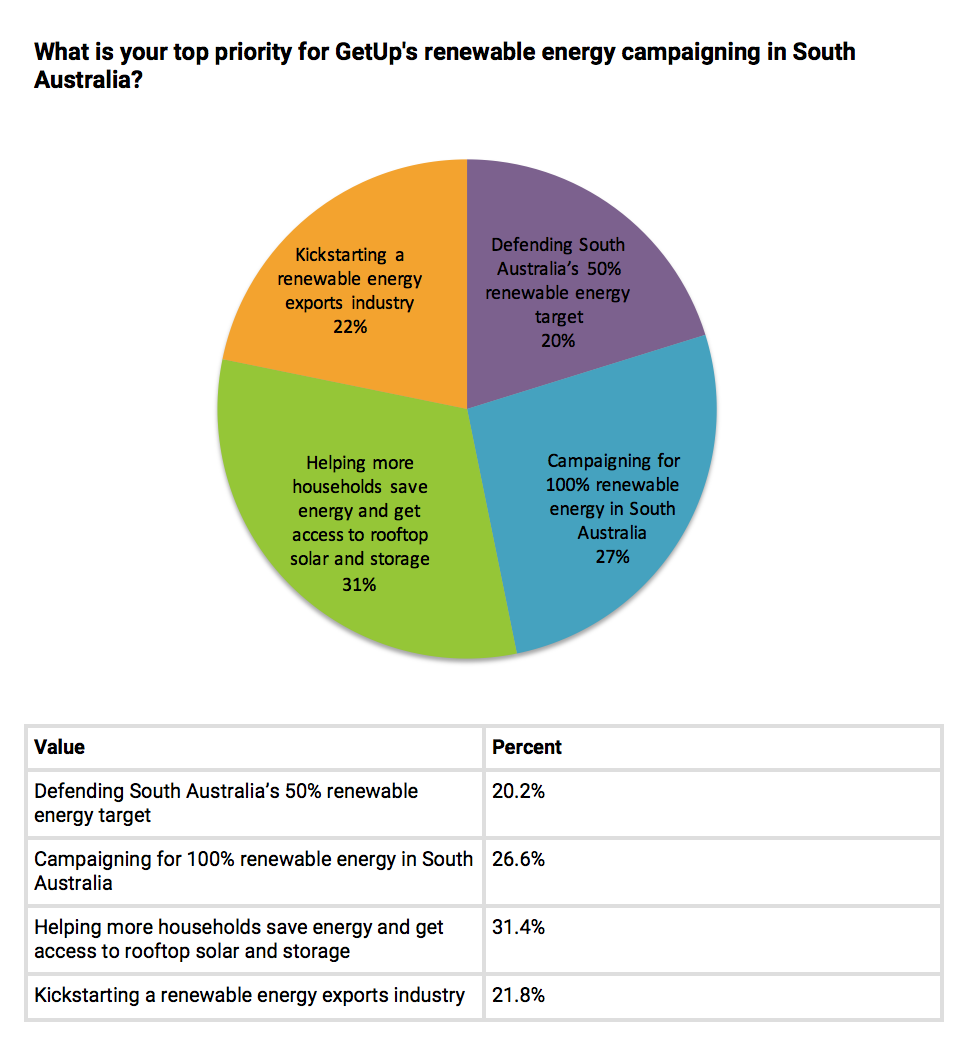 Despite Labor’s heavy campaigning on its renewable energy credentials, GetUp members believe the party should strengthen its policies further. 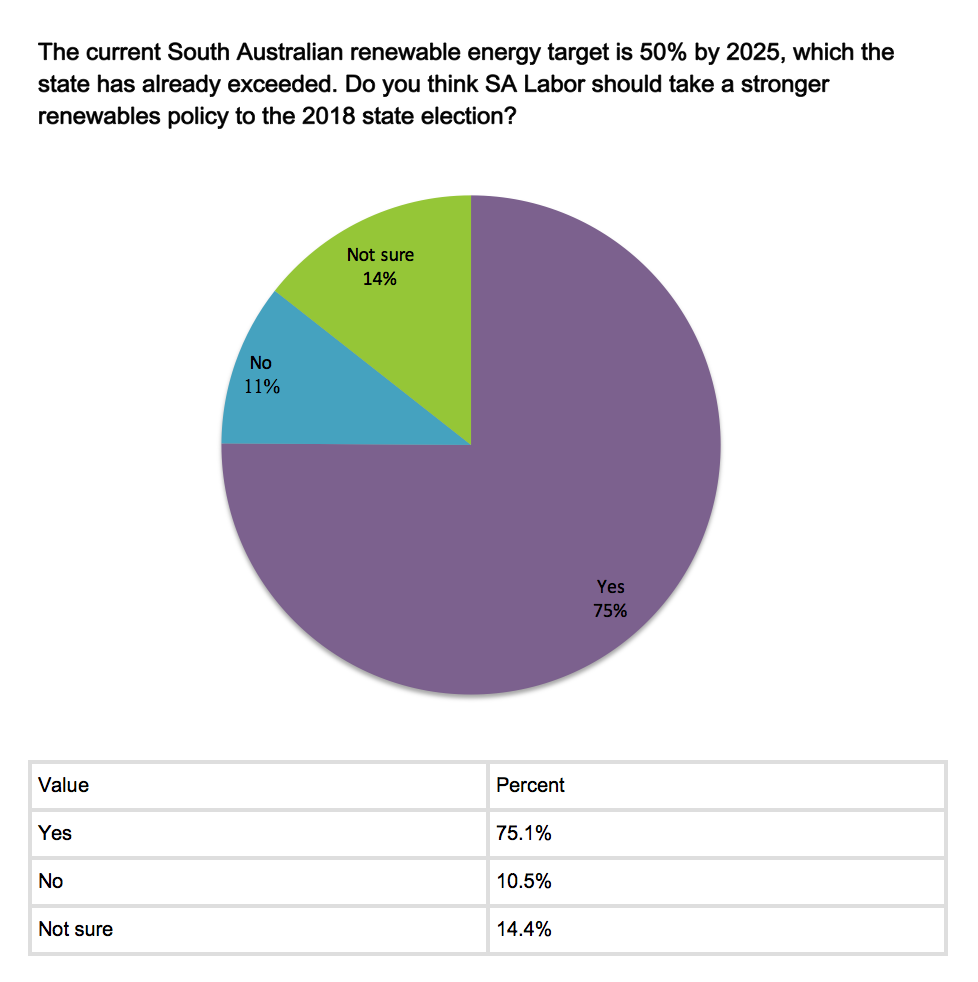 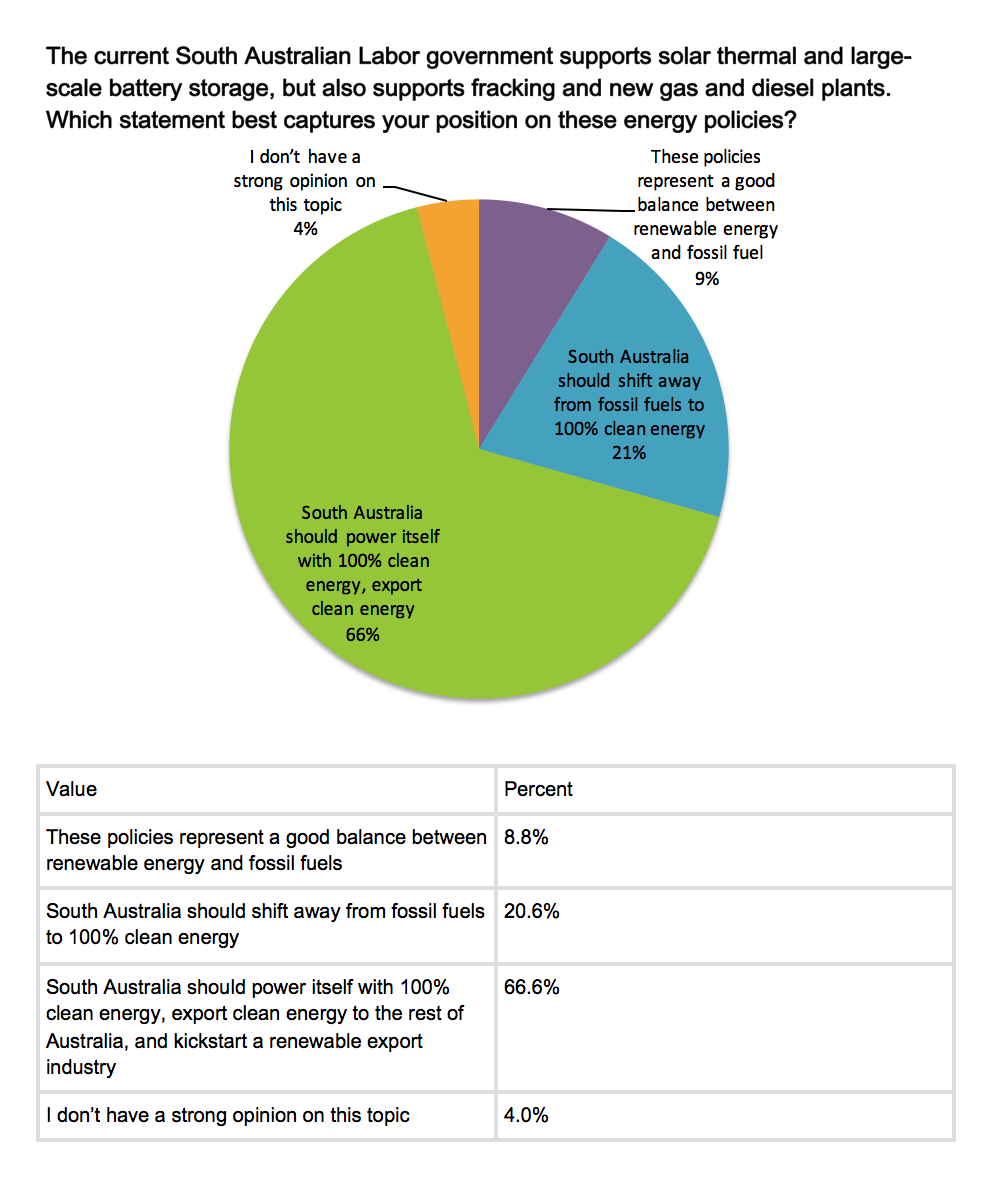 Unsurprisingly, the Liberal Party faces huge opposition from the progressive group’s members to its policy to abolish the state’s renewable energy target. 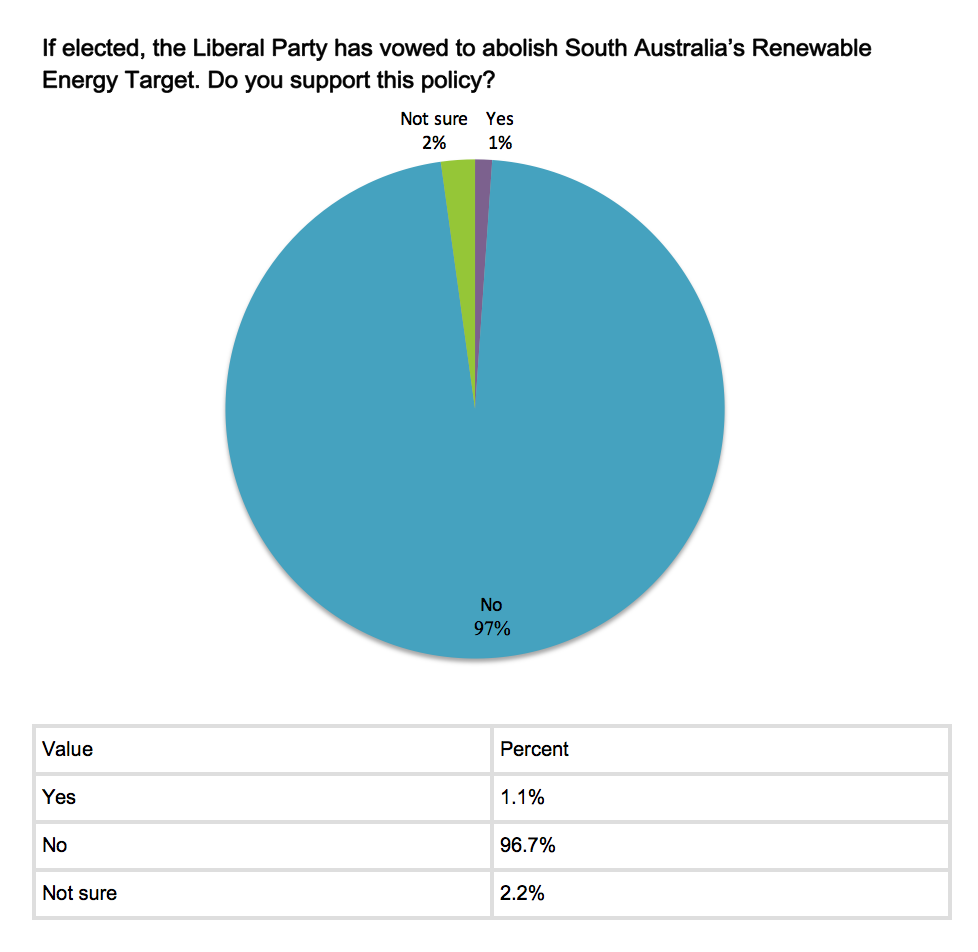 Nick Xenophon’s past comments critical of wind energy came back to haunt him in the survey, with the vast majority of respondents wanting SA-Best to adopt a 100 per cent renewable energy policy. 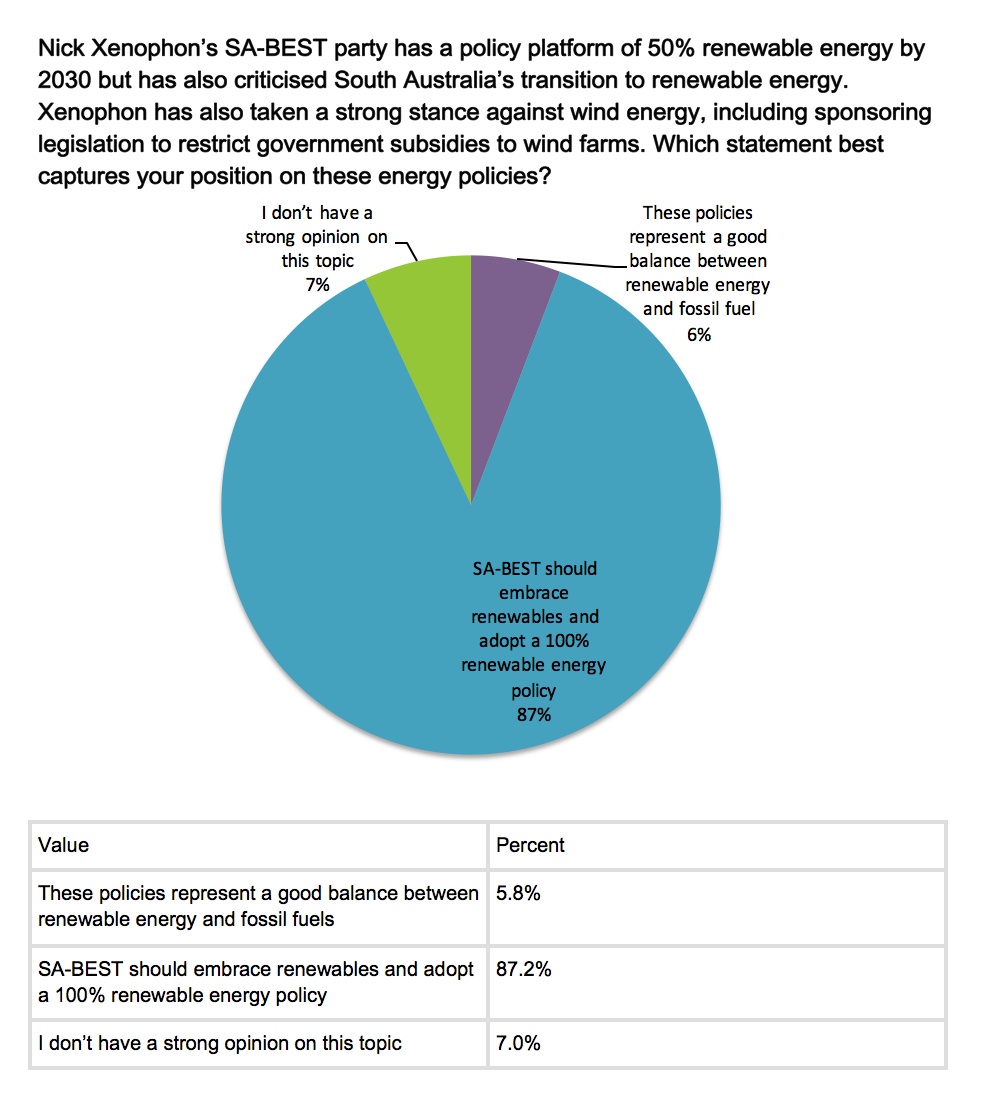 GetUp insists it is a non-partisan, but many in conservative politics consider it to be a Left-wing ginger group.

However, some Labor figures also consider it to be a threat, should it turn its campaigning against the party.

Outgoing Labor president, South Australian Mark Butler, warned last month about the party’s shrinking membership base, saying that while Labor can come together for election campaigns, there isn’t the army of supporters to organise beyond them and it can’t compete with the likes of GetUp.

When GetUp sent out its member survey last year, it made it clear it wanted to influence the South Australian parties’ policies.

“The next state election will happen on March 17, which means we have three months to work out what we want, and how we’re going to get it,” it said at the time.

GetUp, which didn’t have a noticeable presence during the 2014 South Australian election, was a visible player in the Queensland state election, with a particular focus on the giant Adani coal mine proposed for the Galilee Basin.

In a key election campaign move, Premier Annastacia Palaszczuk scrapped her government’s support for a concessional taxpayer-funded loan for the mine.

GetUp! ran hard on the issue, with anti-Adani protesters shadowing candidates at events throughout the campaign.

“Here’s what happened: after months of unrelenting pressure, Queensland Premier Palaszczuk made an election pledge to veto coal miner Adani’s billion-dollar bailout,” GetUp told its South Australian supporters. “Then, in just three weeks, we mobilised a massive effort to lock-in that hard-won victory at the polls.”