The Adelaide City Council’s City User Profile Survey will be concerning reading for city businesses and jobseekers, as well as for the State Government which has focused heavily on its multi-billion-dollar “vibrant city” agenda.

In the survey of just over 2000 people in the CBD and North Adelaide earlier this year, 41% said they visit the city “daily/most days”.

That’s down from 50% last year and, according to previous survey statistics, the lowest in a decade. 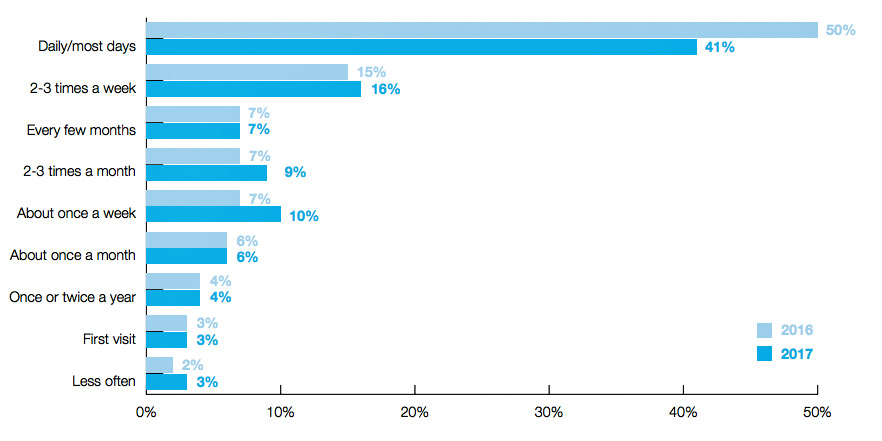 The survey showed a drop from 50% to 41% in the proportion of respondents who said they visited the city “daily/most days”. There was a small increase in those who visit “about once a week”. All other movements fell within the survey’s margin or error.

The proportion of respondents who said they visit the city in the evening at least once a year was 46% – down from 76% in last year.

The proportion of respondents who said they shop in the city at least once a year was 72% – down from 87% last year.

Those who reported they visit the park lands at least once a year also fell: 34% this year, down from 57% last year – the lowest recorded figure since 2007. 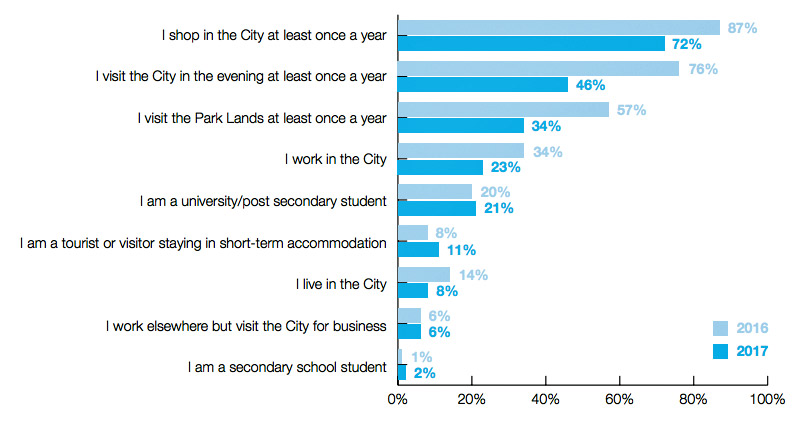 The survey showed significant declines in shopping, evening visitation, park lands visitation and working in the city. There was a minor increase in tourists and students, and a moderate reduction in those who said they live in the city.

A spokesperson for the city council acknowledged that “there has been a decline in daily visitation to the city in the past 12 months”.

Further survey statistics provided by the council – but missing the years 2010, 2011 and 2014, when surveys weren’t taken – indicate that this year’s 41% figure was the lowest in a decade.

The City User Profile Survey, to be presented to an Adelaide City Council meeting tonight, does contain some small positives.

The proportion of respondents who said they were a tourist or visitor staying in short-term accommodation rose from 8% to 11%.

The tertiary and school student results fell between the 2.1% margin of error (+/-). The survey had a 95% confidence interval.

City of Adelaide Minister John Rau told InDaily the survey was “indicative of the changing face of the city”.

“These are both positive trends and indicate the Government’s policies are working to make the city vibrant.” 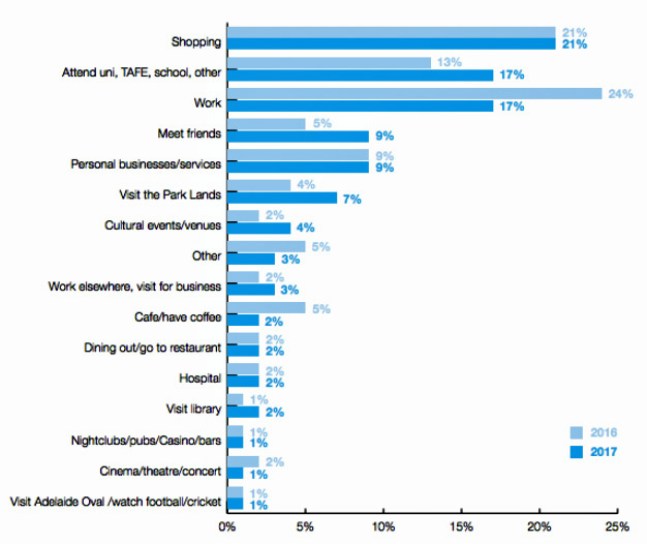 As InDaily reported in March, Adelaide city businesses employed 6437 fewer employees in 2016 than they did in 2014.

However, official estimates of the population of the City of Adelaide have climbed each year, reaching 23,396 in 2016.

The survey found city users were increasingly favouring buses over cars as a means to get into the city.

Asked how they travelled into the city the day of the survey, 34% reported they came in by bus – up from 29% the previous year. 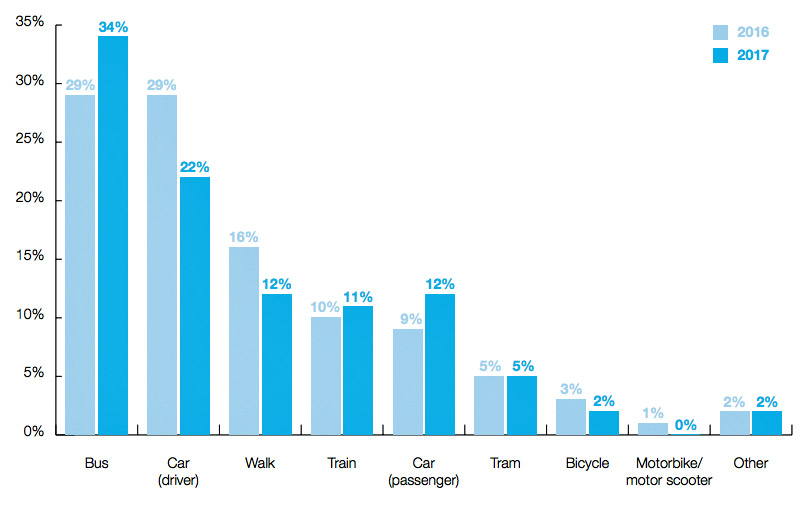 According to the survey summary report, “this is a continuation of the trend found in past surveys around an increased trend for public transport use and away from private vehicle use”.

“Other modes of transport, such as walking and catching the tram or train, has remained constant over the past two years.”

However, the data in the report shows walking into the city has, in fact, become less popular.

Percentages were rounded in all graphs.Save