The third GfK ratings survey of the year shows FIVEaa putting on audience share in every shift to jump to the top from number three in the previous survey.

Mix dropped back to second position after losing share in every shift, apart from weekends, while ABC Radio Adelaide also lost ground to move from second to third spot.

In the key Breakfast shift, the ABC’s Matthew Abraham and David Bevan remain the leaders – but their once commanding lead has been whittled down to 0.6 percentage points by FIVEaa’s David Penberthy and Will Goodings. Mix is in a distant third place. 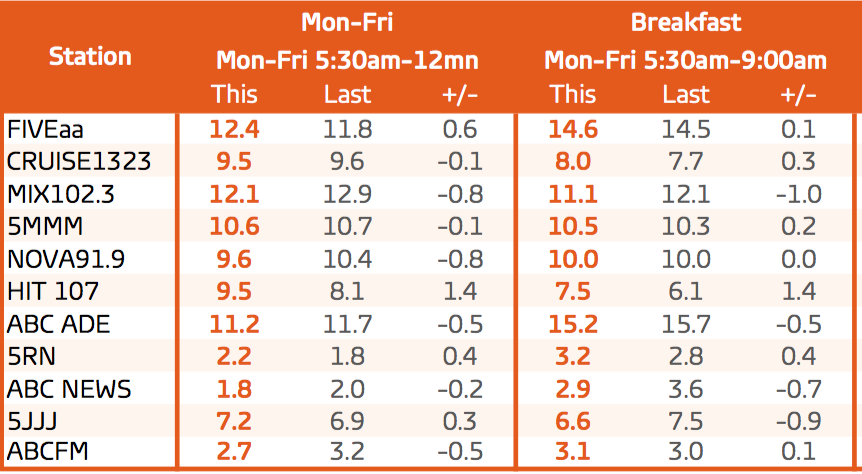 FIVEaa’s strongest gains came in the 7pm to midnight shift, where comedian Jon Blake takes the 7-8pm hour before handing over to veteran Jeremy Cordeaux. The pair put on 2.5 percentage points to overtake previous leader, the ABC’s Peter Goers, who lost ground.

Triple M and hit107 both had improved showings. 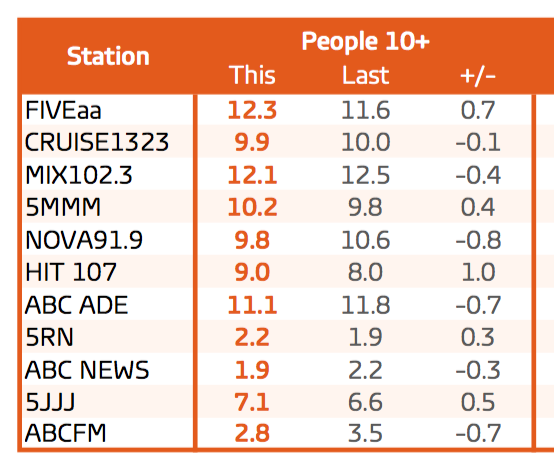