Bob and Pam McCabe started Aerotech in 1968 with a small fixed-wing plane and a handful of contracts to spray crops for local farmers in Tintinara in the state’s South East.

The company moved into aerial fire fighting in the 1980s and expanded in 1990 with the launch of its 1st Response team, which still provides specialised aerial fire fighting and marine oil spill control services continues to Federal and State Government Emergency Service agencies.

Bob and Pam’s son Sam, an experienced pilot, took over the reins with his wife Jessica about a decade ago and has led the expansion of the company into diverse areas such as aquaculture, lighthouse inspection and executive charter that has allowed it to bolster its core business.

“If you stand still, people will catch up and everything’s evolving all the time so we’re certainly always looking for ways we can do things better.”

Since Sam became Managing Director, Aerotech has increased revenue by 156 per cent and increased the number of staff it employs from 35 to more than 50.

Aerotech opened its $2 million Claremont Aerial Firefighting base in the heart of the Adelaide Hills in December as a focal point for its contract with the South Australian Country Fire Service (CFS).

In October 2015 Aerotech purchased Australian Helicopters Charter to branch out into new areas.

Sam said combining agricultural services such as spraying fertilisers, fungicides and pesticides onto cereal and legume crops provided a good balance for the business because the fire fighting work was in summer while the agriculture work was generally in winter and spring. 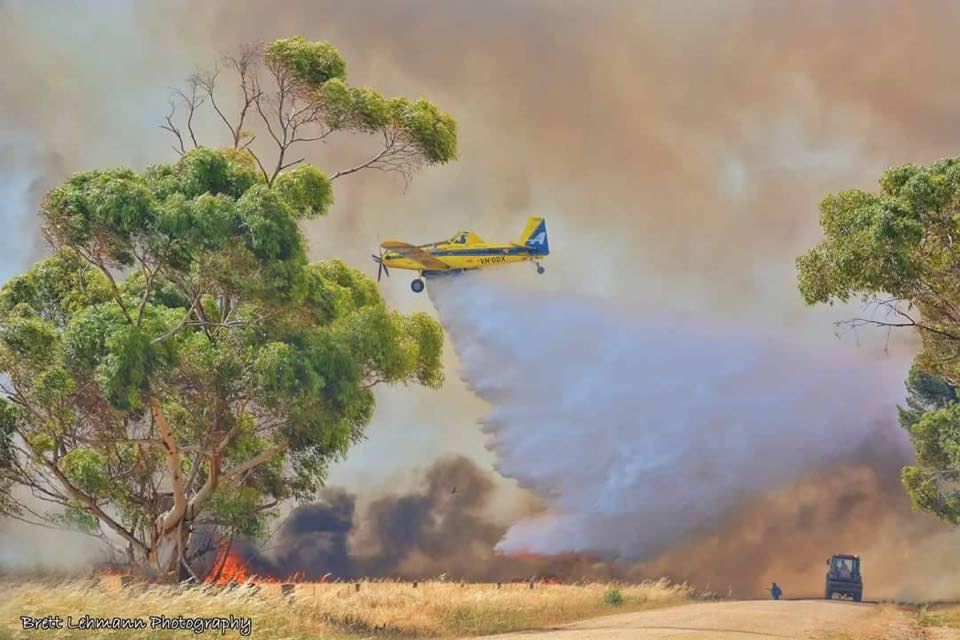 “It means we’ve got more admin staff, more pilots, more engineers and it keeps more consistency of work year round.”

“It gives us much better utilisation of our equipment, which is the big ticket item, so it does work well.

Aerotech’s helicopters have also recently completed an inspection and maintenance run for Australian Maritime Systems of lighthouses in remote parts of Victoria and South Australia.

South Australian Leaders is a leadership program that launched in April 2016 to help build the capability of local SMEs, especially those looking to grow.

Aerotech is among about 20 graduates from the Executive Leaders program to be acknowledged tonight alongside businesses including Leedwell Property, Codan, Workspace Commercial Furniture and Port Adelaide Football Club.

“We put like-minded companies together to share and learn from one another and we help them find pathways to raise capital because growth needs funding essentially.

“Companies that typically do well are the ones that are fast growing, hungry for knowledge and looking to innovate.

“These companies that graduate stay in our network as part of our Alumni program – they never actually leave us – it’s really just the beginning for them.”