In December 2014, SA Health committed that: “by 1 January 2016, mental health consumers should not routinely wait more than 24 hours in an emergency department”.

But in a newsletter sent to all SA Health staff late this morning, Mental Health Minister Leesa Vlahos revealed 791 mental health patients have had to wait more than 24 hours in the state’s emergency departments since the January deadline passed.

This means one in 20 mental health patients presenting to emergency departments had to wait for more than 24 hours before being transferred to a mental health bed for specialised treatment.

Most of those breaches – 717 in total – occurred in the Central Adelaide Local Health Network, which hosts the Royal Adelaide Hospital (RAH) and the Queen Elizabeth Hospital (QEH).

“It is important to recognise that all patients who come to our emergency departments are provided with good clinical care while they are assessed and waiting for services to meet their health needs,” Vlahos says in the newsletter.

“However, it is imperative for mental health consumers that we eliminate these 24 hour waiting time breaches, with the view to meet the July 2018 targets.”

A department spokesperson told InDaily in a statement today: “We take every breach very seriously, which is why we have put in place important reforms that have resulted in significant improvements over the past 12 months.”

“We know there is more work to be done, and our hard working staff do all they can to provide quality care especially during periods of high demand,” the statement says.

“We’ve recently implemented strategies at the RAH and QEH and expect to see reduced waiting times for mental health consumers at those hospitals over the coming months.”

Doctors have repeatedly warned that long stays in emergency departments cause mental health patients to deteriorate, often to the point where they are chemically or physically restrained.

Emergency department staff have also suggested long waits for mental health patients have been a major contributor to the severe overcrowding of SA hospitals, and even linked the problem to deaths at the Royal Adelaide Hospital. 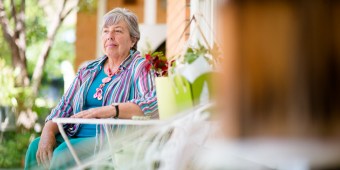 My daughter's four days "in hell"

Vlahos told InDaily in February that “even one person waiting longer than 24 hours in our emergency department is unacceptable”.

“[However] I am committed to ensuring people needing to access mental health services can move from the emergency department to a bed much quicker, so they can start their care sooner,” she said.

InDaily contacted Vlahos’s office late this morning, and will update this story if we receive a response.