Male life expectancy reached 80.4 years in 2015, with the figure for females rising to 84.5 years, according to the latest Australian Bureau of Statistics.

Between 2013-2015, the estimated combined life expectancy at birth estimate was 82.4 years, said the bureau’s director of demography Beidar Chos.

The ACT is leading the way with the highest life expectancy for both genders – 81.2 years for men and 85.3 years for women.

The Northern Territory recorded the lowest life expectancy of 75.7 years for males and 78.5 years for females.

South Australians’ life expectancy has also continued to increase and sits just below the national average for both males and femals.

Australia beats similar advanced-economy countries such as Canada, New Zealand, the UK and US. 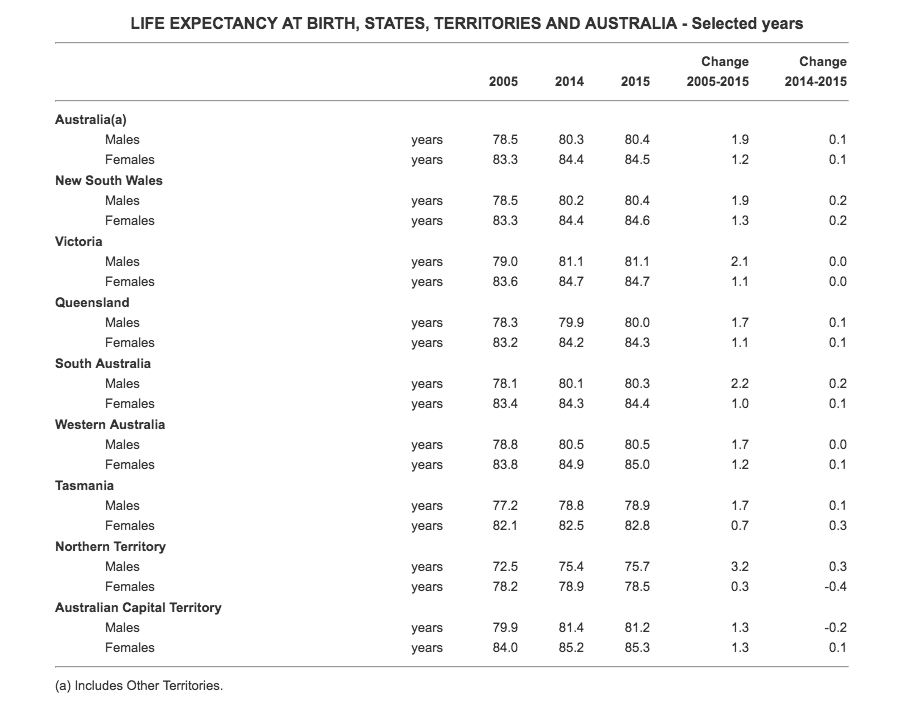