A new report card from the Clean Energy Council has found renewable power sources delivered 14.6 per cent of Australia’s electricity last year, up from 13.5 per cent the previous year.

Wind and solar power is up by 20 per cent each.

In South Australia, 41% of energy was generated from renewable sources.

Council chief executive Kane Thornton said it had been a tough year for the sector following uncertainty over the renewable energy target but the industry was now more optimistic about the future.

The federal parliament passed legislation to slash the target from 41,000 gigawatt hours to 33,000 last June.

“The good news is that investment confidence continues to grow in 2016,” Thornton said.

Australia is just under half way towards achieving its 2020 target, the report says.

The continued reduction of state feed-in tariff levels has led to lower but more sustainable sales of rooftop solar power in 2015.

Solar panels were most popular with Queensland households, with the state claiming eight spots in the top ten solar postcodes list. 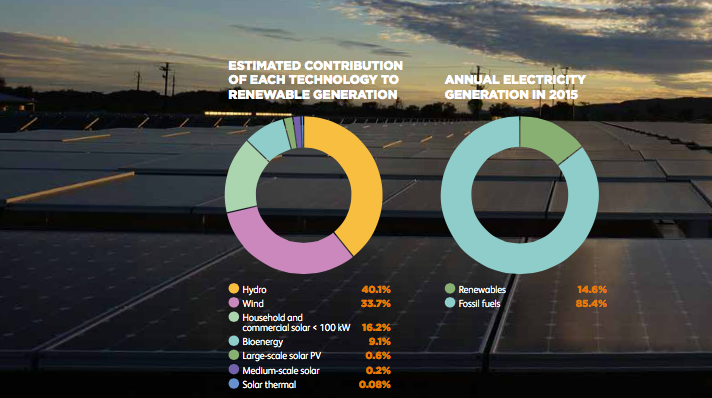