Constructed by the State Government at a cost of $5 million, the trail begins at the Flinders Chase Visitor Centre and consists of five stages between 7km and 19km long, with campgrounds located at the end of the first four stages.

Its mostly flat terrain is considered suitable for walkers of moderate fitness, who can do either day walks or the full five-day hike.

Robert Ellis, land and visitor manager with Natural Resources KI, says it is expected the trail will bring a “different demographic” to the island and boost economic growth.

“We’re hoping it will attract international hikers. We certainly suspect that that will happen.

“What’s really encouraging is that the cape to cape trail [Three Capes Track] in Tasmania is actually doing better than what they projected and we suspect we might have that as well.

“It’s about the international hikers, about the serious hikers that go around the world … but at the same time we also really want to anchor it very clearly with families and people with moderate fitness that want to go and do a serious walk.” 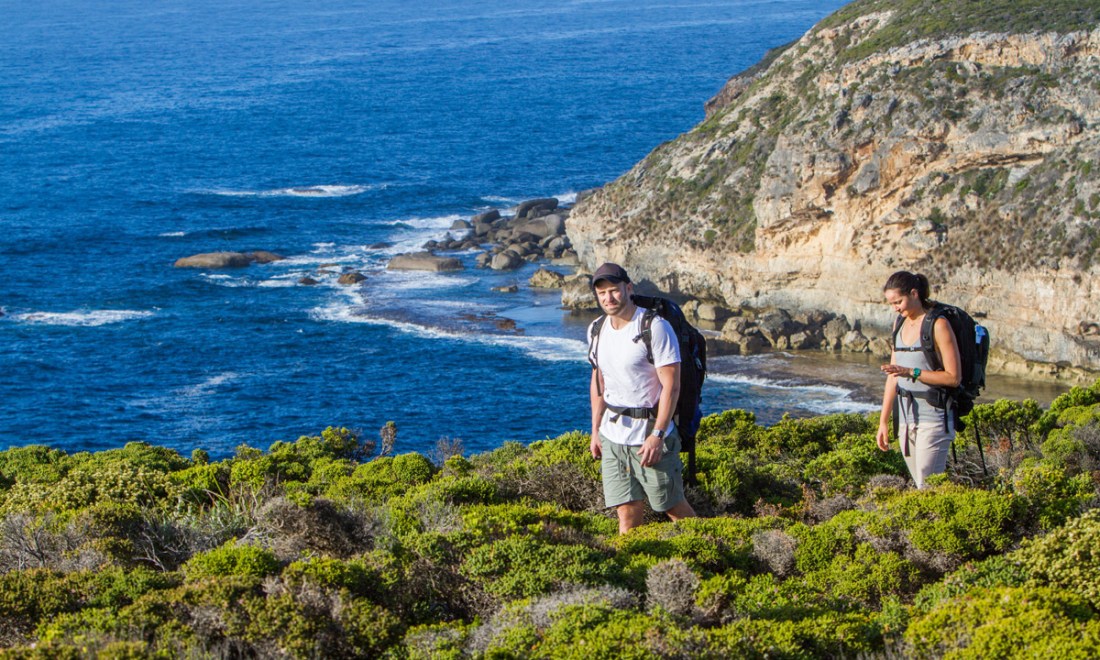 The trail begins at the Rocky River visitor centre in the Flinders Chase National Park, then heads overland to Snake Lagoon, before following the island’s south-west coast to Cape du Couedic, then east to Sanderson Bay and back inland to Grassland, before ending at the Kelly Hill Caves (see map below). There are optional side trips taking in Admiral’s Arch, the Remarkable Rocks and Hanson Bay.

Ellis says a highlight of the trail is the abundance of wildlife that may be encountered – including migrating whales, dolphins, sea lions, fur seals, echidna, platypus, kangaroos, wallabies, possums and more than 260 species of birdlife, from white-bellied sea eagles and wedge-tailed eagles, to Cape Barren geese and the tiny emu-wren.

“To come across an echidna in the middle of nowhere foraging for food is really quite an exciting opportunity, or platypus in the platypus pools. It’s almost endless in terms of that experience.

“Then there’s this spectacular rugged coastline – on one hand it’s a graveyard of all the ships that have come to grief on our coast, on another level you’ve got the waves pounding the coast and you end up with a bit of sea spray or the smell of salt.

“Then the vegetation itself, from the old-growth cup-gum forest near Snake Lagoon to the sugar-gum forest, to the mallee and the heathlands right on the coast – what is really exciting is that you are always going through a different ecosystem. You are transitioning around this trail and having a gourmet experience of diversity, from animals, landscape and vegetation.”

Ellis’s comments are echoed by Premier Jay Weatherill, who says the trail will provide walkers with “unique views of the best that Kangaroo Island has to offer – diverse wildlife, pristine bush land, inspiring geological formations and sweeping coastal views of the Southern Ocean”. 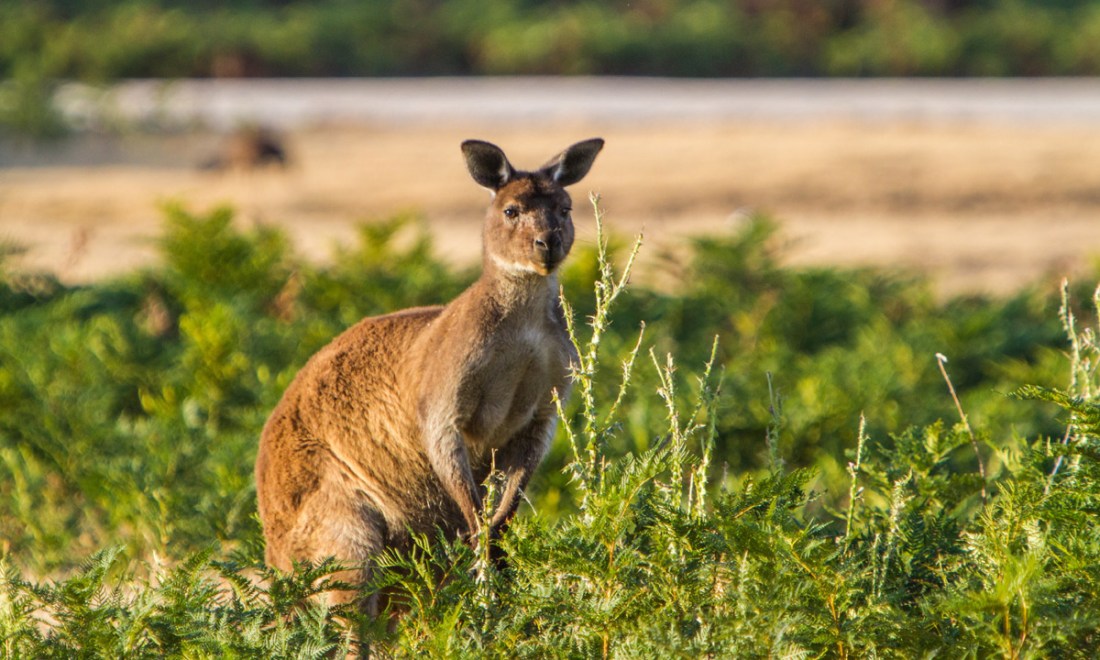 Part of the State Government’s nature-based tourism strategy, it is expected to attract an extra 5000 visitors each year to the island and create up to 27 new, permanent jobs, the Premier says.

With bookings for the trail essential, there will never be more than 96 hikers at any one time, all walking in an anti-clockwise direction. The shortest section is 7km, while the longest – between Cape du Couedic and Sanderson Bay – is 19.5km.

The four campgrounds are located in sheltered locations, each of which is  divided into two areas – one for independent travellers and one for commercial tour operators – that can each accommodate 12 sites. There is a shared shelter for food preparation, plus toilet facilities.

Ellis says a number of tour operators have already expressed interest in providing experiences linked to the trail.

“We’re hoping there will be tour operators that will guide people through the trail, but there will be others that will set up wine, have their tents set up and make sure everything is in place, so by the time they [their clients] do a day’s walk, they’re now glamping – they’re now having a different experience that might be all around Kangaroo Island’s food and wine.

“There’s an exciting buzz around the community on Kangaroo Island around this.”

He says the State Government is also keen to explore partnerships with private operators interested in building eco-cabins or similar facilities along the trail.

Those undertaking the hike independently will also have plenty of information at their disposal, including a trail guide, a waxed souvenir map and an app that can be downloaded before beginning the walk. The app will feature stories or “yarns” related to each location, covering topics ranging from Aboriginal heritage and shipwrecks to natural history.

Ellis says cultural heritage is an important aspect of the trail, with one of the highlights being a remote stone cottage at Grassdale, on a farm run single-handedly by local identity Lucy Edwards after her husband died in the 1950s.

“It’s actually a really great place, in the later evening, to see a large number of kangaroos and wallabies that come there to graze.”

The Kangaroo Island Wilderness Trail will be open year round, with spring, autumn and winter recommended as ideal times to do the walk. More information can be found here. 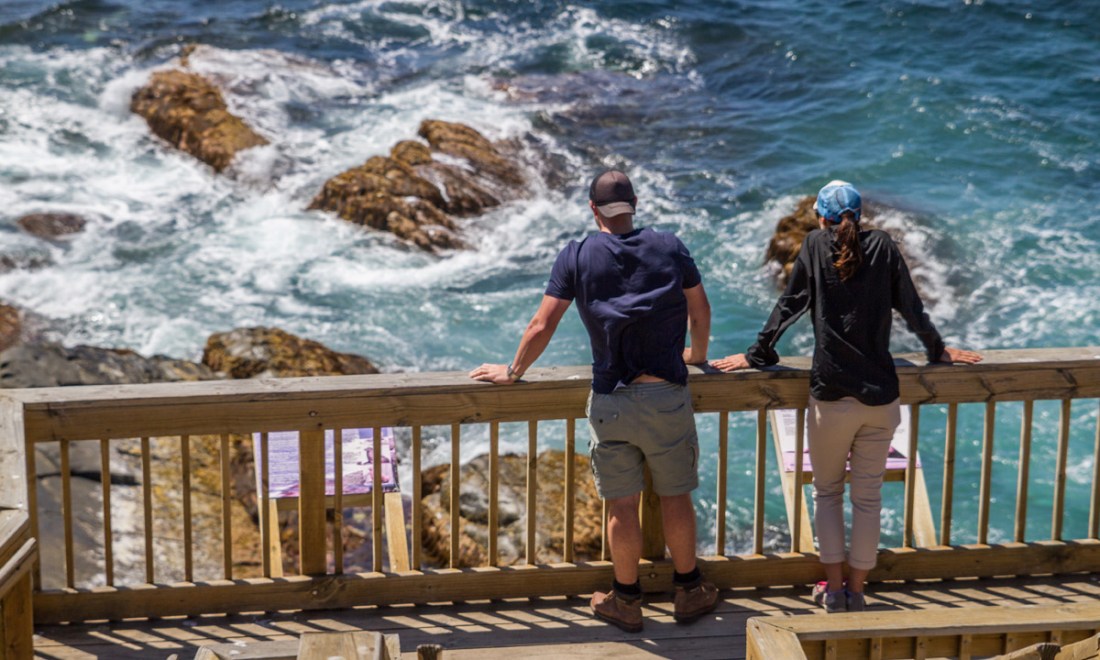