The Premier and his Transport Minister Stephen Mullighan today detailed the Government’s response to the independent inquiry, with the latter declaring it “the first major reform of the SA taxi and chauffeur vehicle industry in many decades”.

It will see SA, as expected, follow the lead of the ACT and NSW in legislating for app-based services to operate.

While not saying so today, Uber X is expected to be straight out of the blocks, having long campaigned for a swift resolution, but other likely beneficiaries include Ingogo and Oiii, which InDaily revealed in January was poised to enter the market.

Passengers will also pay higher fares on the running and waiting time components of taxi services, a move Mullighan says was “long overdue”. But credit card surcharges will be reduced, with the minister determined to take on the Cabcharge monopoly, capping the added payment at 5 per cent of the total fare.

The review recommended “the introduction of appropriate regulation, to be inclusive of the new technology based entrants in the South Australian market”. 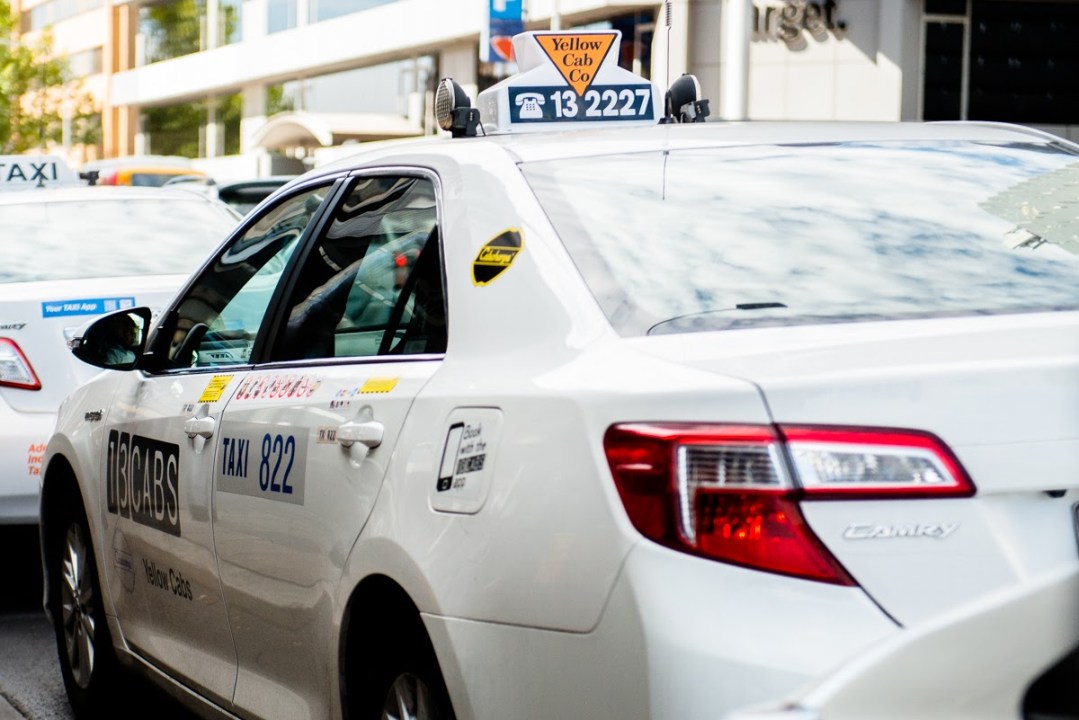 “Across the world, the introduction of new technologies has placed enormous pressure on the taxi and hire car industry to evolve,” Mullighan said.

“Our industry must be prepared to adapt or face being left behind.”

Weatherill said SA would become “only the third Australian jurisdiction to legalise ridesharing”.

“We are sending a message that South Australia is open for business,” he said.

“The purpose of the reforms is to take this sector… and improve the quality of the service.

“This is an important industry for SA [and] at the heart of these reforms is innovation.”

The taxi industry – which had long braced for such a response despite advocates within Labor ranks, including MLC Tung Ngo – will be handed limited compensation.

This will include a $30,000 payment for each taxi licence, a $50 a week sweetener for up to 11 months for licence lessees and a five-year moratorium on the sale of any new plates – a move recently demanded by the Liberal Opposition.

Compensation will be funded, as it is in NSW, by a $1 levy on all metropolitan trips – across all platforms, including taxis, chauffeur vehicles and new entrants.

“It’s about making sure that there is a just transition for the existing entrants in this industry,” said Weatherill.

Uber Australia CEO, Adelaide-born David Rohrsheim, has previously questioned such a compensation mechanism, saying: “The idea of a levy does sound a bit surprising.”

“People are looking for affordable ways to get from A to B and we do find it a bit strange a Government would willingly raise those fares,” Rohrsheim told ABC radio late last year.

Taxi Council president Jim Triantafyllou told InDaily the industry was “obviously disappointed” with the legalisation of ride-sharing, but that the overall review was “a mixed bag of results”.

We fear we may have some long-term hardships coming here

“The Government has suggested there’d be some financial relief for plate owners… $30,000, that’s a better result than interstate,” he said.

He said one of the taxi industry’s main concerns was a “double whammy” that would see existing chauffeur vehicle licences cost $85 – the same as any new market entrants, and down from the existing $1912.

“The contrasting costs of the [taxi] industry will be astronomically higher than we’ve got currently, so it’s a big, big swing in favour of ride-sharing,” he said.

He argued the fallout could drive the costs of taxi licences, the business bedrock of many small operators, further down.

“We’ll need time to read through the entire review, and wait and see what happens over the coming months.”

He said an Uber-X influx on July 1 would be “disastrous” for the taxi industry.

“They don’t make work, they just take work from the taxi industry, and only create part-time jobs,” he said.

Taxis will retain exclusive rights to ‘rank and hail’ work, along with pre-booked work and cash fares.

The taxi industry has also developed its own app, iHail, which was finally green-lit by the Australian Competition and Consumer Commission last month after being previously deemed anti-competitive.

The three major taxi companies in SA, Adelaide Independent, Suburban and Yellow Cabs, each have their own app-based booking systems.

But Triantafyllou emphasised that rank and hail work comprised roughly 50 per cent of the overall income for SA taxi companies, compared to 70 per cent in NSW.

“We fear we may have some long-term hardships coming here, because a large amount of our daily income has been exposed,” he said.

Mullighan, however, said he did not expect an impact on jobs in the taxi industry, arguing the major jobs increase among new entrants would come from people looking to supplement their income.

“It gives the existing industry the opportunity to grow,” he said.

“It also ensures that there is a generous assistance package to assist the existing industry in a new era of competition… this is an industry which had been told be successive governments that ‘You will be protected from competition’. We realise that in the short-term there is likely to be some impacts [but] what we’re doing today is announcing a comprehensive reform package [for] a fair level playing field.

“We are very confident that [taxis] will still be servicing the vast majority of the market.”

The taxi review took a swipe at the existing industry, arguing the “current training program for both taxi and chauffeured vehicles does not provide for any consistent or ongoing development of drivers and it appears there is a lack of focus on customer service culture, cultural awareness and tourism related modules”.

“The Panel recommends a thorough review of the training provision for both taxis and chauffeur drivers and operators,” it said.

Mullighan said he was confident incoming ride-sharing services would “have their own training regimes”.

Uber’s General Manager Tom White welcomed “the Government’s recognition that there is an overdue need for reform of the point to point transport industry in SA and that services like ride-sharing need to be welcomed to the state”.

“We will review the detail of the Government’s proposal and work with them in the coming months to ensure that there is no arbitrary red tape, including unnecessary costs or time delays, that would prevent South Australians from being able to access flexible work when they need it,” he said.

Ingogo CEO Hamish Petrie was also buoyant about the changes, enthusing that “travellers and businesses in Adelaide can enjoy the same benefits of disruptive technology as people in Australia’s other capital cities”.

“Ingogo has been providing its payment solution and terminal to taxi drivers in Adelaide for some time,” he said.

“With over 700 drivers in Adelaide using Ingogo’s payment solution, we have already seen strong interest in the market… we’re excited to now have the ability to enhance the taxi driver experience via our booking app, which will also provide consumers with the final piece of the puzzle.” 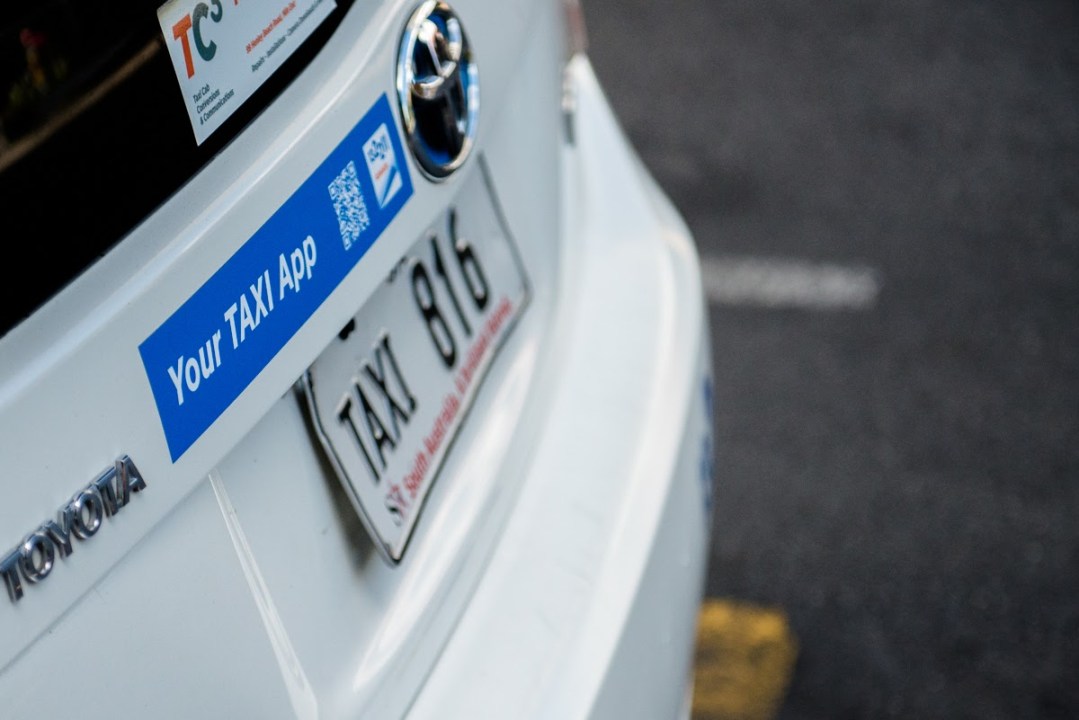 The Weatherill Government is also pledging to crack down on red tape for taxi and chauffer vehicle drivers and owners.

“This is an important industry in SA and can only grow with less regulation and costs, and access to new technologies,” Mullighan said.

“We’ve engaged with people across the industry, including existing participants and potential new entrants, to ensure we’re getting the framework right.”

He maintains that safety will be paramount, with all drivers, including new entrants, “required to adhere to current stringent driver accreditation and vehicle roadworthiness standards, in response to public feedback”.

This will includes police and working-with-children checks, along with twice-yearly vehicle inspections.

“The State Government has worked hard to negotiate a balance between the desire for more choice, better quality of service, improved working conditions and the sustainability of existing operators and investors,” Weatherill said. 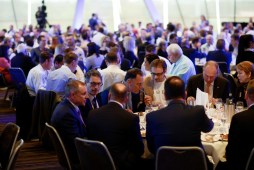 He said the reforms “go well beyond simply opening the market to increased competition”.

“They will significantly reduce red tape, deliver more innovative services, better customer service and improved safety and standards across the industry,” he said.

The RAA’s General Manager of Engagement & Innovation, Penny Gale, welcomed the announcements, saying the association’s members “want to see more transport options available to them, and the legalisation of ride-sharing services will make this possible”.

“By allowing more ride-sharing services on Adelaide streets, we hope to see congestion reduced as people make use of those empty seats currently in the network during peak periods,” she said.