Michael Buxton, a Planning Professor at Victoria’s RMIT University, says the state has an opportunity to learn from the disastrous policy failures on Melbourne’s urban fringe with an “innovative and very important” model that emphasises the eco-tourism value of limiting urban sprawl.

“But if that’s built over, forget it,” he said, warning poor planning decisions now could lead to the expansion of “urban deserts” on the metropolitan fringe.

However, it wasn’t all good news for Rau, with the academic – a former Victorian local councillor and long-serving mayor – rejecting Labor’s push to oust elected representatives from development assessment panels – a move he describes as “incompatible with democratic oversight”.

The Government is recommitting its mammoth planning bill in parliament’s Upper House today, after the Legislative Council thwarted much of Rau’s original intent – including his key clauses to enshrine an urban growth boundary into law and remove local councillors from development panels.

Buxton, who has been following the debate keenly, told InDaily a failure to protect the semi-metropolitan food bowl would ape the policy failures of the Victorian Government, which in 2008 reneged on its own commitment to an urban growth boundary.

“They accepted the narrative that there’s a land supply problem… it’s totally faulty reasoning, and just based on errors of fact,” Buxton argued.

In fact, he said, “demand for urban land fell dramatically… it’s only really come back in the last year”.

“So all it did was encourage developers to go on using land on the urban fringe,” he said.

“There are these new suburbs on the fringes of Melbourne with virtually no public transport and a shocking standard of service… they’re putting people out in urban deserts.” 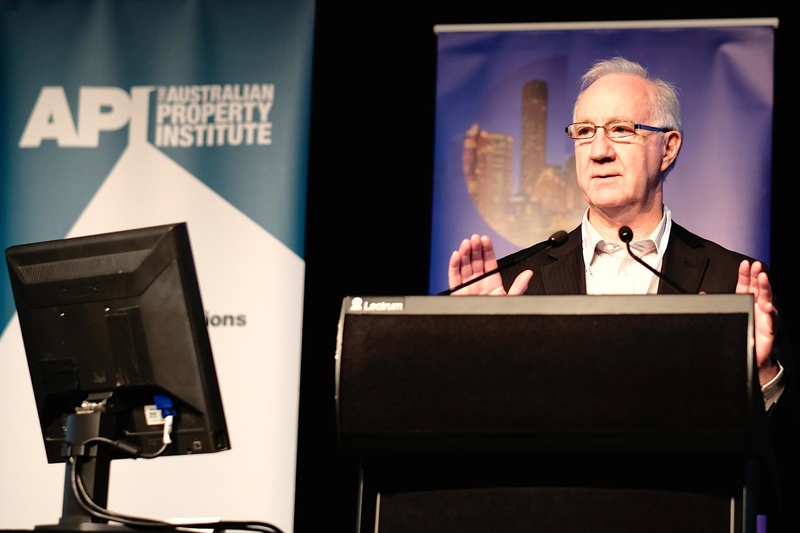 He cited areas such as Melton, 35km west of Melbourne, and Skye, 38km south-east, which Domain last year ranked as the least liveable suburb in Melbourne due to crime, distance from the CBD, and lack of public transport and parks.

According to Buxton, “50,000 people are going to be living in suburbs like that with no services at all”.

“It’s also led to a very different type of city, with development in Melbourne characterised by massive high-rise inner-city development and low-density urban sprawl [but] we’re not getting enough medium-density infill housing in established suburbs, to cater for young couples in particular… who want to stay in the suburbs they were brought up in,” he said.

“They face a very unsatisfactory choice between a tiny, expensive urban apartment or a large house on the urban edge without proper services… it’s a very unpalatable choice.”

Buxton argues enshrining a development-free zone in legislation “sets up a certainty about the future development conditions, where land can be developed and where it can’t”.

“There are clear expectations about development patterns and the type of housing… you can’t get a more certain indicator to the development industry and communities than that,” he said.

“What’s happened in the past is that land outside the metro area has been seen as land-in-waiting, and you get what’s known as ‘impermanence’, whereby that land is only [considered] rural or non-urban as long as it’s not needed for urban purposes.

“It’s led to this view that it’s not going to be rural forever, so there’s great uncertainty and constant land speculation.”

According to Buxton, the “limited number of developers” eyeing off land on the fringes of Australian cities have a “vested interest of trying to convince Government to develop it, even though it’s not in the interests of the community”.

“It leads to long-term expectations that it would be developed eventually, which leads to enormous land speculation and increased costs,” he said.

He says the Government has a responsibility to “show the development industry they can make just as much money doing it better elsewhere”.

“The SA model is something we didn’t do properly in Victoria,” he said, dubbing it “a major initiative and a really important model for the rest of the country”.

“By focusing on the idea of a food bowl, [the legislation] I think rightly shifts the balance and emphasis somewhere into the values of the non-urban land – they’re really focussing on values of non-urban land to be protected, instead of just stopping urban sprawl.”

He said Adelaide had the opportunity to set an example on planning policy, with “the potential of its non-urban area” to capitalise on wine-grape growing food production, as well as the tourism benefits of accessible environmental hubs.

“It’s really second to none in Australia,” he said.

“The potential of promoting all this – wine production, scenic landscape, non-urban values – and linking that to an entire rural experience is enormous.

“But if that’s built over, forget it – it’s all over. It would be a shocking mistake to build over those areas.”

Buxton contacted InDaily at the suggestion of Rau’s office, however his endorsement could be a double-edged sword for the Planning Minister, who faces a tough task with another major initiative in his planning bill, removing councillors from DAPS.

Buxton said he was not in favour of such a move, calling it “a move towards the corporatisation of planning and the removal of democratic oversight”.

His objection emphasises the divided loyalties with which Rau has had to contend in promoting such a complicated piece of legislation.

“This whole approach is part of a development assessment model first proposed by development interests and others in New South Wales and elsewhere back in the 1980s, and it’s really been part of the corporatisation of planning in this country,” Buxton argued.

“If you remove them, the power of developers and money is increased, despite the best intentions… it can be seen as incompatible with democratic oversight, for sure.”