The Adelaide Design Manual, released this morning, will be used to guide the council’s renewal and upgrades agenda for future city infrastructure.

It places pedestrians at the top of a “street users hierarchy”, aiming to encourage more walking and cycling, and a “calming” of road traffic.

“People need to be the priority of the city,” Lord Mayor Martin Haese told InDaily this morning.

Haese said improving the city streetscape for pedestrians was “how more people are going to want to work here, live here and visit here”.

“One of the goals of the Adelaide City Council is to see the city population grow.”

He said the manual would ensure that every time a city street comes up for renewal, “value add” elements would be included, such as more greening, improved disability access, better water management, and high quality “aesthetic finishes”, over and above replacement of what’s already there.

“Some of our streets are particularly barren,” said Haese, and “there are certainly streets in the city of Adelaide where you want to widen the footpath”.

The manual repeatedly states an aim to reduce city traffic speeds – in some cases to 40km/h, or 30km/h in high pedestrian areas. 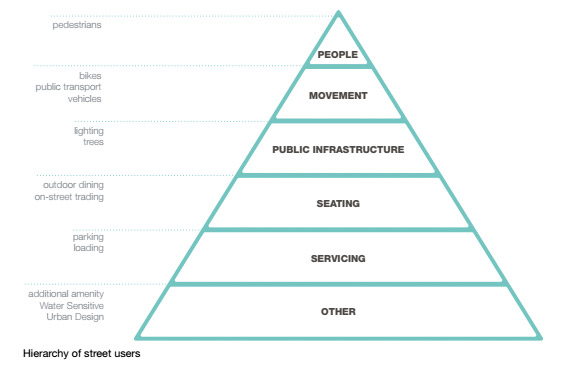 Haese said slower traffic would make the city “safer”. However, he said no action had been taken to implement his stated goal during the 2014 election campaign to reduce the speed of some of the city’s street to 40km/h.

The council’s head of city design and transport Daniel Bennett told InDaily that many of Adelaide’s city streets were unwelcoming because pedestrian infrastructure wasn’t up to scratch.

Bennett said the manual would lead to significant physical changes to correct what he described as the “wrong” balance of transport methods in the city.

“About 15 per cent [of King William Street] is given over to people, yet that’s Adelaide’s ceremonial street,” he said.

“The balance is wrong and we need to fix that.

“At the end of the day, our streets are for people. They should be beautiful, green, nice places to be.” 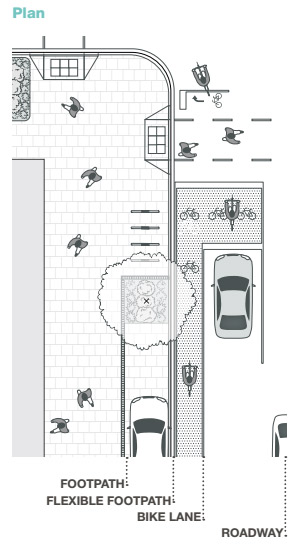 Bennett said small changes flagged in the design manual would have a big physical impact on people’s experience of using the city.

“The impacts will be numerous,” he said.

For example, he said, trees could be planted closer together under the guidance of the manual – rather than 10 to 12 metres apart – to produce a connected canopy on city streets.

Changes such as these, he said, would improve the experience of walking and sitting outside during hot days, and help attract customers to city businesses.

He said the manual also provided an “integrated view on how we renew and replace our streets” which would consider “a street in total, rather than its individual elements”.

Bennett said businesses thinking about investing in the city, or extending their business, would be able to use the ADM website to find out the future plans for the relevant street, and where their business might fit in them.

“It’s about creating clarity for people who want to do business in the city.

“It can help inform better design briefs, public and private.”