Rainfall has also been on the decline, with April to October rainfall decreasing about 15 per cent over the past 30 years.

This summer has been no different, with recent data showing December 2015 was the hottest start to summer on record. 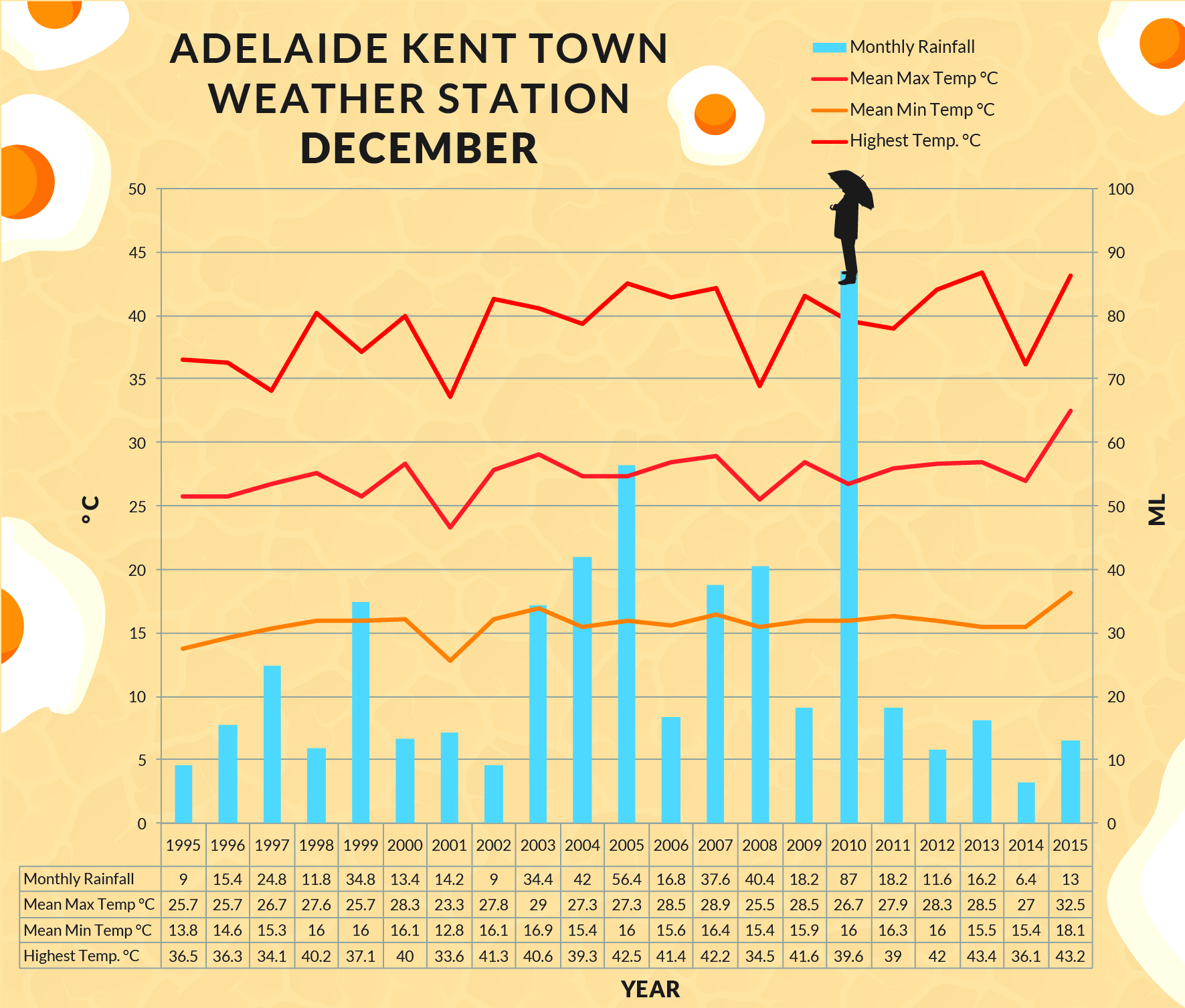 Bureau of Meteorology Senior Climatologist Darren Ray said this is part of a long-term drying trend.

“Individual dry years are from El Niño events, but the longer term drying is not from more frequent El Niño events but the changes in weather patterns seen through the tropics and the Hadley Cell expanding polewards,” Ray said.

2015 was the seventh-warmest year recorded for SA, with 2013 and 2014 coming in as warmest, and second-warmest years respectively.

Last week, NASA released its global temperature data, which shows the Earth’s 2015 surface temperatures were the warmest since modern record-keeping began in 1880.

The planet’s average surface temperature has risen by about one 1.0 degree Celsius since the late-19th century, a change climate scientists credit to increased carbon dioxide and other human-made emissions in the atmosphere. 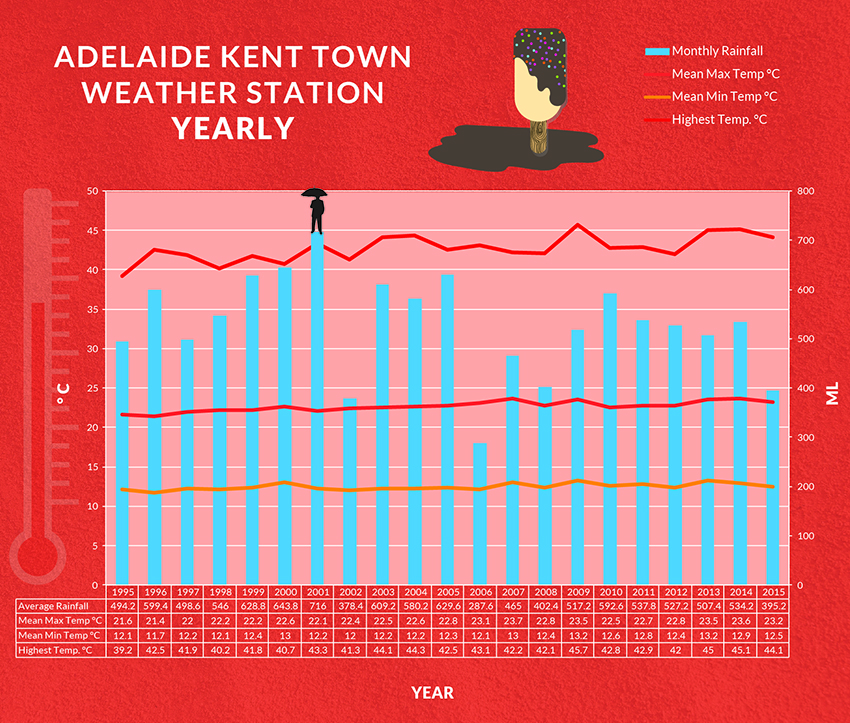 “We had seven days over 40 degrees Celsius in Adelaide in December 2015, a new record for December in Adelaide. If you take away the climate change influence, this record wouldn’t have occurred,” he said.

According to Ray, the millennium drought experienced from late 1996 to mid-2010 was also highly impacted by climate change.

“More frequent El Niño events explain past drought periods in Australia such as the Federation Drought and the World War Two Drought. But the Millennium Drought can’t be explained by this type of natural variability, rather by the changes in weather patterns caused by climate change,” Ray said. 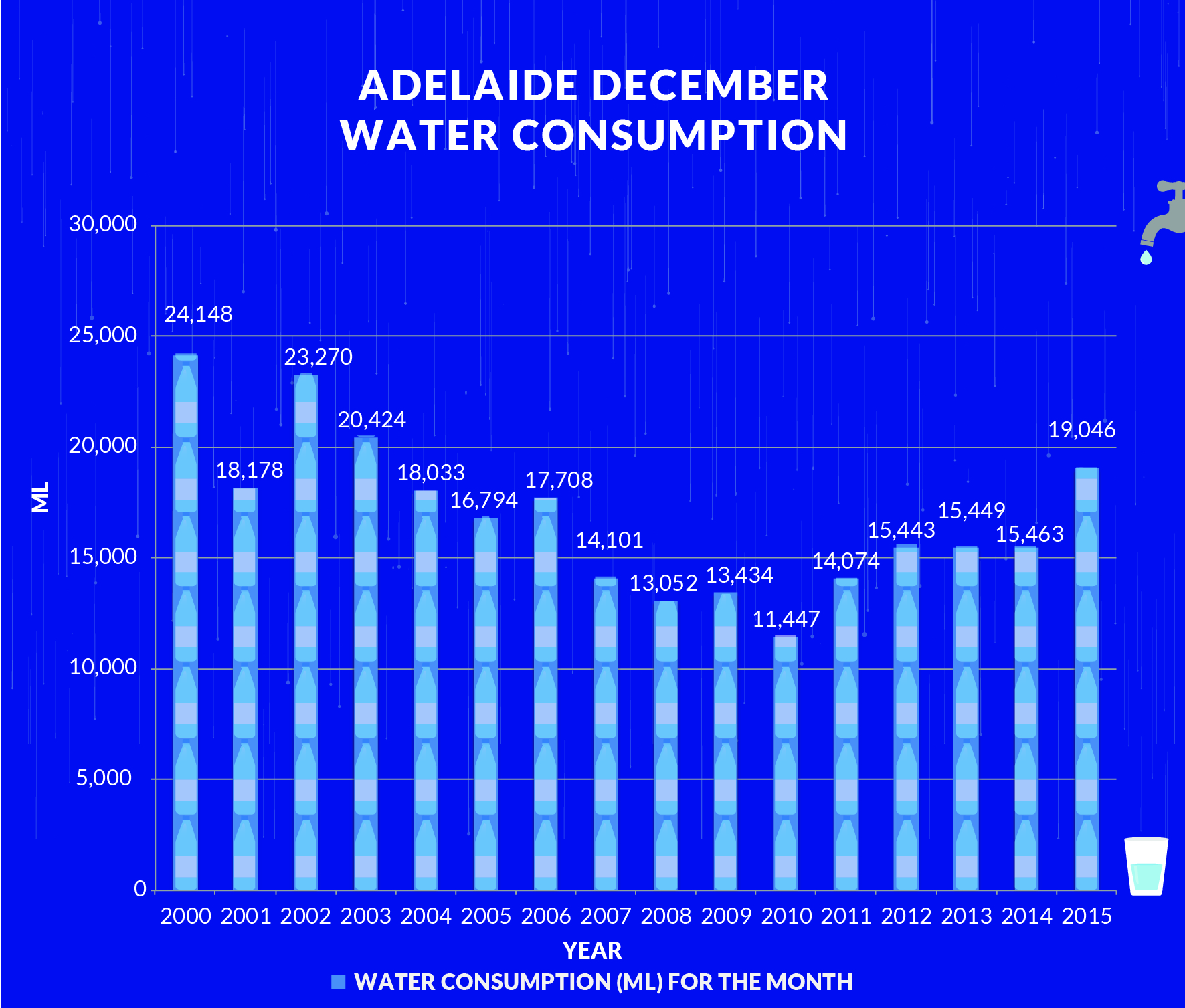 Water restrictions introduced by the State Government in resopnse to drought resulted in a dip in water use. The dryness of spring/summer this year has led to an upswing in water use. Chart by Leah Zahorujko/InDaily using SA Water data.

Professor Will Steffen from the Climate Council agrees.

“There’s no doubt that climate change is driving hotter weather across South Australia,” he said.

“The very high temperatures that Adelaide experienced in 2013 were extremely unlikely or virtually impossible without climate change.”

Ray said this summer Adelaide had already had more than its average of days over 35 degree.

He said temperatures weren’t expected to be as extreme for the rest of summer.