An inauspicious morning coffee in Adelaide’s East End this week could symbolise the beginning of the first genuinely bipartisan support for a local nuclear industry since the 1970s.

Liberal Senator Sean Edwards and State Labor MP Tom Kenyon were spotted together at a local café, a cross-party and cross-jurisdiction dalliance that raised eyebrows. InDaily has confirmed the meeting was inspired by Edwards’ recent submission to the Nuclear Fuel Cycle Royal Commission, a document that outlines a substantial business case for not merely storing spent fuel, but recycling it.

It’s an approach Edwards, together with a formidable scientific team whose research underpinned his conclusions, believes will not only generate billions of dollars in revenue, but will create an industry that will provide jobs and cheap energy.

“I got a copy of his submission and was very impressed with it,” Kenyon said when contacted by InDaily.

Kenyon’s own submission to the inquiry focussed on potential revenues created from accepting and storing the world’s nuclear waste, but he says Edwards is “going a slightly different direction”.

“He’s looking at Generation Four resources, and how you’d work them into processing waste and generating heat at the same time… it’s a really intriguing proposition,” he said.

“My view was always ‘get the spent fuel here and people will pay us to do that, and that’s great … and we’ll use that to build infrastructure’ … but this is almost a step further. It suddenly becomes a resource, and we use that to lower the cost of electricity across the state and give SA a competitive advantage in energy costs.”

Edwards says his proposal has “certainly met with a great deal of interest”.

“I’ve been absolutely delighted with it,” he said.

He says critics such as Professor Mark Diesendorf, who this week led the charge against his proposal, have “been on the record forever on their position (and) they’re easy to rebut because they’re just not modern concepts”.

He said his mission was to “socialise” the nuclear debate, to help spearhead public awareness and acceptance of the industry’s benefits, which “I fundamentally believe will turn around the economic future of this state for the next 100 years”.

It’s a mission he’s been set on since his maiden speech four years ago, when he said: “We cannot sidestep uranium … we dig it up, yet others are reaping the greatest benefit by taking our raw product and employing hundreds of thousands of people to develop it.”

“Now is the time to have the debate about leveraging our competitive advantage for the betterment of South Australia and indeed all Australians.”

And to do that, he insists, he needs strong cross-party support. 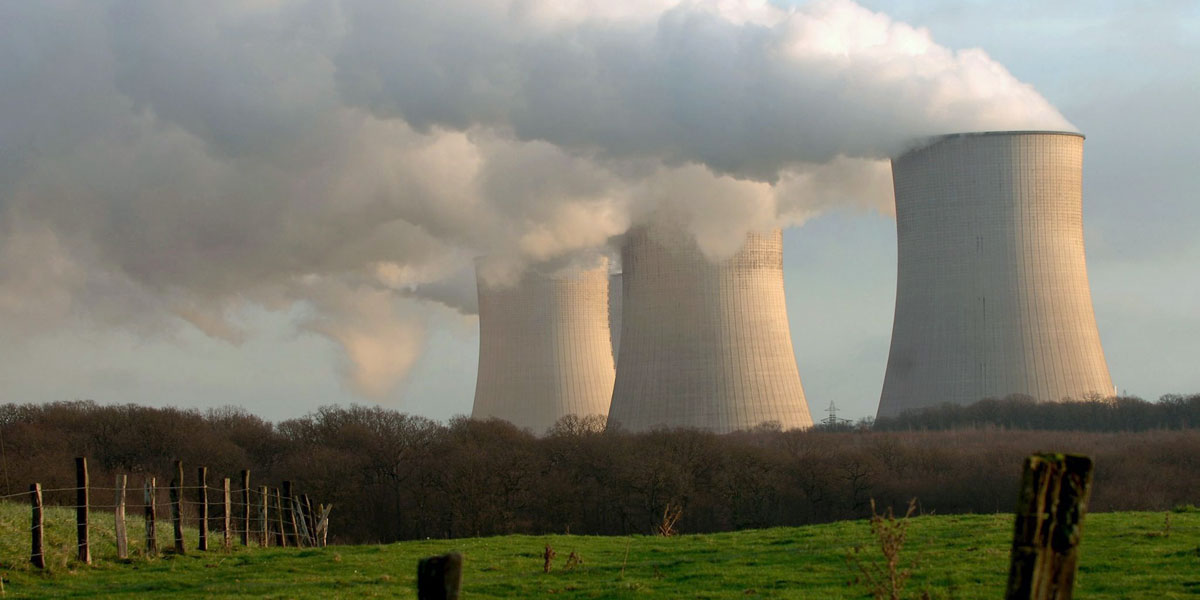 This week’s discussions with Kenyon are a step in that direction.

“If I’m going to socialise this policy, I can’t put out a science journal,” Edwards said, referring to the thorough cost-benefit analysis detailed in his submission, which concludes the commercialisation of spent fuel recycling “represents approximately $28 billion in value for South Australia”, along with “the potential for wholesale electricity priced at $0 MWh” and “direct job creation in the thousands”.

“Economically, socially and environmentally, our state would be transformed for the better,” his report states.

“That’s two years of solid policy work there, thousands of man hours, a lot of that contributed by engineers and nuclear scientists on a belief basis,” he reflected on the submission, which he began preparing even before Premier Jay Weatherill gave it an outlet by establishing the royal commission inquiry.

“I learnt last year the Premier was interested in this space, because we were obviously talking to the same people,” said Edwards.

“I give him great credit, he’s realised we have potentially an advantage over anyone else in the world, geographically and environmentally.

“For once, it’s a perfect storm in our favour, a really good opportunity to commercialise this technology and capitalise on that for generations.”

He is confident in the “build it and they will come” belief that “other countries will be happy to use us”, with hundreds of reactors around the world and more being built.

“They’re all potential customers, and there are exponential economic benefits that flow on from inexpensive energy,” he said.

“This is a deliverable project that SA can embark on… I’m talking about a policy that delivers a project, and that’s the difference.”

While not yet a card-carrying convert, Kenyon agrees the proposal is “certainly intriguing”.

“It’s good to see people are thinking about it, and good that the policy process is going on in this area,” he said.

“It’s not an industry you can enter into half-heartedly… I think our policy makers need to be active participants in the debate, because they’re going to be responsible for regulating it if we go ahead.”

He said if Australia is to enter into the “nuclear power game… it makes sense to come in at the next generation, rather than buying what’s the last of the current generation”.

“No-one’s done it commercially yet, so you’re really leading the world,” Kenyon said.

“As many people as possible should read (Edwards’) submission… it makes mine pale into insignificance, that’s for sure.”