A $175 million hotel and apartment complex, which would become Adelaide’s second-tallest building, is planned for Pirie Street.

The massive, 30-floor hotel and residential apartment building (full image below) would overtake Telstra House as the city’s second-highest building at nearly 115 metres in height.

The building may even, eventually, tower over the city’s tallest building – the 132 metre-tall Westpac House – with provisions within the design for an extra 10 potential floors.

The Park Hotel would feature 250 four-star hotel rooms and 280 residential apartments, an open-air “sky-deck”, bar and dining facilities, a café, a pool, a gymnasium and a sauna, plus meeting rooms and car parking.

It would be constructed atop the old State Bank building on Pirie Street – just west of Gawler Place – with the heritage building’s façade to be retained. 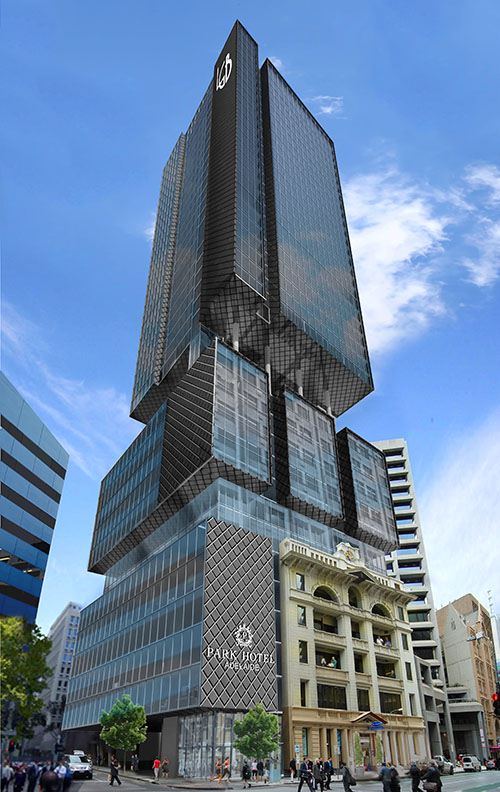 An artist’s impression of the mammoth proposed structure.

The proposal is in the pre-lodgement phase and will be assessed by the Government Architect-led Design Review Panel before going to the Development Assessment Commission for approval. If approved, construction is expected to begin in 2017 and be completed in 2018.

He also revealed that the company is in the process of making another major acquisition in the State.

Minister for Investment and Trade Martin Hamilton-Smith said the proposal was a coup for South Australia.

“Another luxury city hotel will boost our $5 billion tourism industry and support the more than 33,000 people it employs,” Hamilton-Smith said.

“A $175 million development will be a positive addition to our vibrant city and highlights the potential benefits of engaging with international investors.” 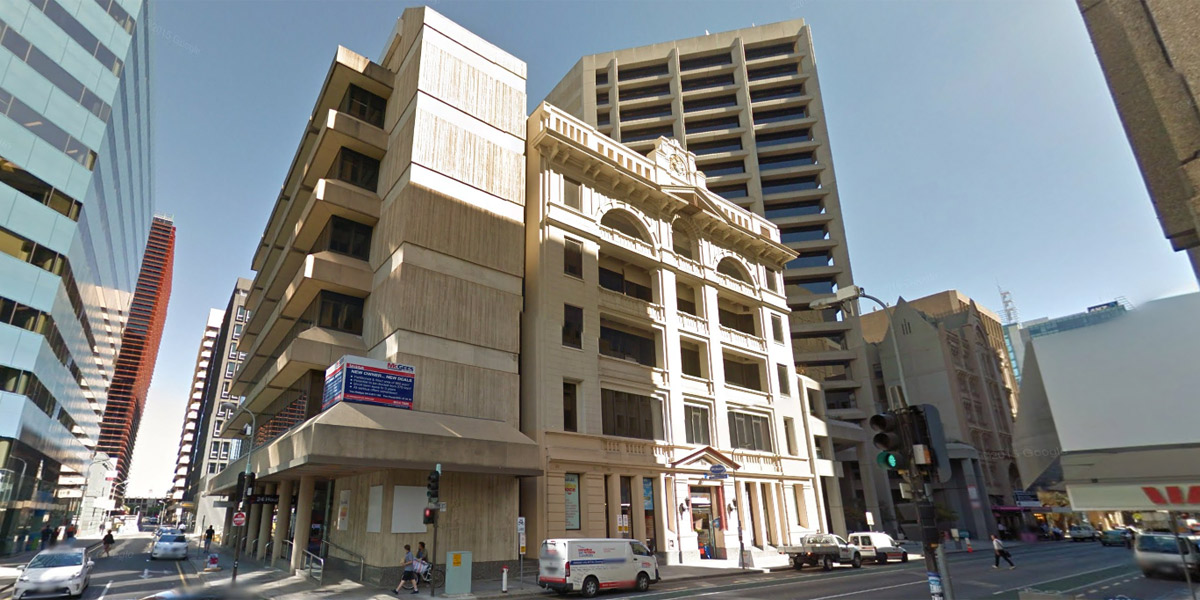 The management agreement was signed off during the joint State Government and business trade mission to South East Asia.

“The State Government has also committed $15 million over the next two years for the creation of an Investment Attraction Fund.

“An investment attraction agency has been established and will be chaired by banking executive Rob Chapman who is in South East Asia to speak with prospective investors.”