The head of the Sammy D Foundation, Natalie Cook, has called for a boycott of newspapers running “disgraceful” coverage of yesterday’s fist-fight between billionaire James Packer and Nine boss David Gyngell.

Cook, whose 17-year-old son Sam Davis died in 2008 after being punched at a party, told InDaily that newspaper headlines like ‘Why I’ve got a Packer up my clacker’ and ‘Billion dollar biffo!‘ trivialised and sensationalised violence.

“It’s a disgraceful message,” she said.

“It’s just gutter, gutter journalism that creates headlines like that.

“We shouldn’t be, number one, glorifying it, number two, focusing on it, and number three, tolerating it.

“We as a public need to send a strong message that it’s not good enough … People should boycott it.” 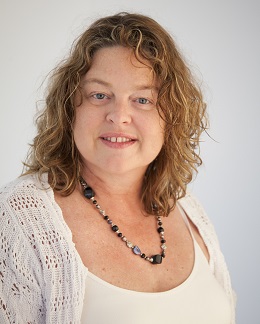 The Australian newspaper’s Media Editor Michael Bodey told the ABC’s 7.30 program last night that the $200,000  “seems to be around the mark”.

Without the photographs, Fairfax papers were forced to run the story using file photographs or cartoon mock-ups of the fight.

According to Cook, while many media organisations “in glass houses” had at some point spent money on inappropriate photographs which send the wrong message, the community should demand higher standards from its media.

Bare-footed, sporting a yeti beard and dressed in his Sunday worst, David Gyngell blocks the punch with two hands and ducks his head. It’s game on.

On Sunday, a 44-year-old man died after being assaulted in Rundle Street in Adelaide.

On the same day, a 21-year-old man died after an alleged one-punch attack at a house party in Sydney.

“I think it’s pretty disgraceful that we’ve had two people, one in New South Wales, one in SA, lose their lives this weekend in one-punch incidents and yet the mainstream media seems  to just be wanting to get mileage,” she said.

Cook said Packer and Gyngell should taken their position as high-profile members of the community more seriously and known better than to settle differences with a punch-up.

“[The pair] should position themselves as fathers and key role models in the community,” she said.

“I call on them to link arms with organisations like ours and do something really practical and helpful.”

Acting Police Commissioner Grant Stevens told ABC radio that the Packer/Gyngell fight would be a crime in South Australia.

He said it sent a poor message to young Australians.

“I think it sets a pretty poor example – there’s no doubt about that,” he said.

Stevens said he hoped that young people had the common sense to recognize that the brawl was bad behaviour which should not be emulated.