Designers are impatient for their work to expand into a larger world. They are testing their expertise in complex and non-traditional fields such as finance, conflict, health and disease; growing confident in the capacity of design to bring not just commercial value, but cultural and human value to new domains.

That’s the context of CUSP: Designing into the Next Decade, presented by Object: Australian Design Centre (where I’m chair of the board), an ambitious national touring exhibition currently on show in Adelaide at the Jam Factory. It opened in Sydney at the Casula Powerhouse Arts Centre last year and will travel to five more galleries around Australia until August 2015.

In 2004, Canadian designer Bruce Mau steered us onto the first wave of “big design” (design with the ability to change the world) with the exhibition Massive Change, commissioned by the Vancouver Art Gallery. In the first pages of the accompanying book Mau wrote:

For most of us, design is invisible until it fails.

Mau could see that the world around us was fundamentally changing, and that the role of designers was not to design within a world, but to design the world itself. Suddenly we started looking at economies, medicine, electricity and communications infrastructures, even food networks, as outcomes of massively complex but nonetheless designed systems.

Mau articulated the move within design cultures away from manufacturing objects to designing integrated processes, right at the same time that Detroit was losing its auto manufacturing industry, and only four years before the global financial crisis. 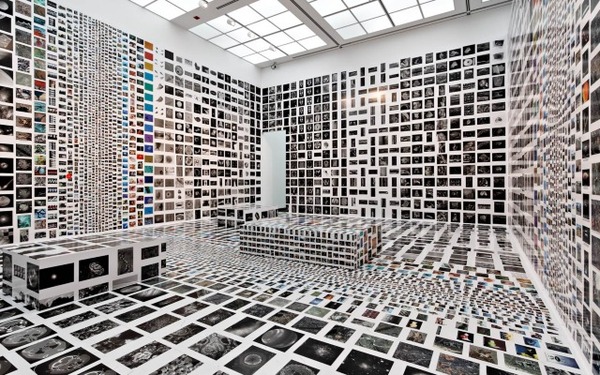 The moment of epochal change, from the industries of the modern century to the fluid information environments of the new age, were being charted and design was ready to step in. But if a world according to Mau is a designed one, how come it’s so broken? Perhaps Mau was right, we are noticing design everywhere because everything appears to be in need of fixing.

Design is learning how to navigate work and life beyond the rarified air of Alessi teapots. 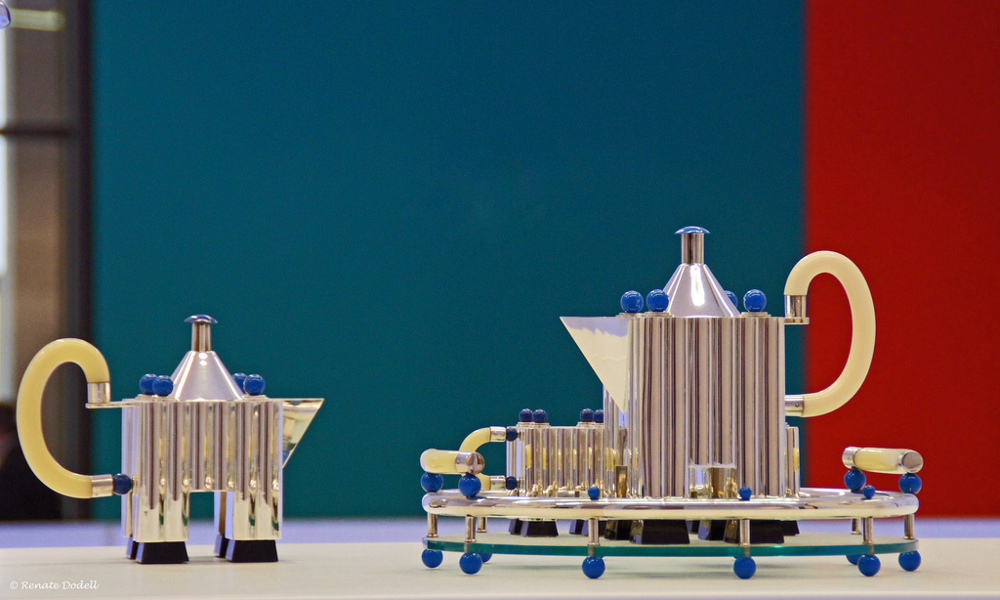 CUSP is an exhibition of 12 Australian designers whose expertise ranges through a broad cross-section, from architecture to jewellery, graphic information systems to fashion, sonic installations to interactive wall paper, indigenous inspiration to steampunk humour.

What holds this eclectic group of designers together in this intelligently curated and elegantly executed show is their combined ambition to produce enormous effects from expansively considered small actions. In the words of the curator Danielle Robson:

“… each project reveals a concern for the wellbeing and progression of humanity.”

Taking the idea of working small to produce large impact, literally, jewellery designer Leah Heiss works at the intersection of jewellery and medicine. Her work is concerned with the stigma of medical prosthesis that signal impairment, and instead offers a range of jewelry that turns insulin injections for diabetes into a private act behind a fashion statement, putting the power of disclosure and treatment back in the hands of the wearer.

Interaction designer George Khut also tackles medicine but turns his attention to children who are undergoing serious and often painful medical procedures. His iPad interface uses the rhythms of the body to control the calming environment of the screen, giving the young patient a sense of control and reducing pre-procedure anxiety.

The drawings of ecological industrial designer Stephen Mushin are perhaps the most “boundary-crossing” contributions to the exhibition. His improbable bio-organic machines are well-researched feasible fantasies, and while they employ a sense of the extravagance they have also led to working prototypes for human-powered aquaponic systems for growing food in developing countries.

CUSP articulates the optimism and potential of designing for change rather than products.

What is most surprising is the playful curiosity and thoughtful lightness of the exhibition, avoiding the sombre moralising that might be expected with such weighty rhetoric.

From game designer Floyd Mueller’s work that literally requires play to sonic art collective Super Critical Mass and its participatory soundscapes, the curator and exhibitors have worked out well in advance that to bring the rest of us into this next decade, they will have to make us enjoy experiencing their work.

The vision of Object: The Australian Design Centre is to explore the potential of design in our lives through showcasing and promoting the significant design expertise of Australian designers.

There is something altruistic at play here; critical and charged with purpose, anxious to exceed boundaries and eager to learn through collaboration with new partners in medicine, science and finance.

CUSP: Designing into the Next Decade is at the Jam Factory in Adelaide until April 26.

Anthony Burke is the Head of the School of Architecture at Sydney’s University of Technology. This article was first published on The Conversation.