Mark Parnell is absolutely confident the Greens can form government within his lifetime – some might say the 54-year-old must have received some exceptional news from his doctor.

However, having ridden the rising environmental tide into parliament, the leader of the SA Greens sees no signs of this being the high-water mark – nor does he foresee dangers in the party moving from a small upstart to part of the status quo.

Parnell’s seven-step plan is brief, but clearly well-travelled in his mind. He’s given it some thought over the years.

Step 2: get multiple MPs in the upper house (tick)

Step 3: achieve the balance of power in the upper house (that’s the goal this election)

Step 4: win a seat in the lower house

Step 5: win the balance of power in the lower house, and demand a ministry in government

Remember the Democrats? The nominally-centrist party that went from holding the balance of power in the Federal parliament between 1981 and 2004 to not having a single parliamentarian anywhere in the country?

“They only ever aspired to keep the bastards honest,” Parnell says.

“We actually aspire to replacing them.” 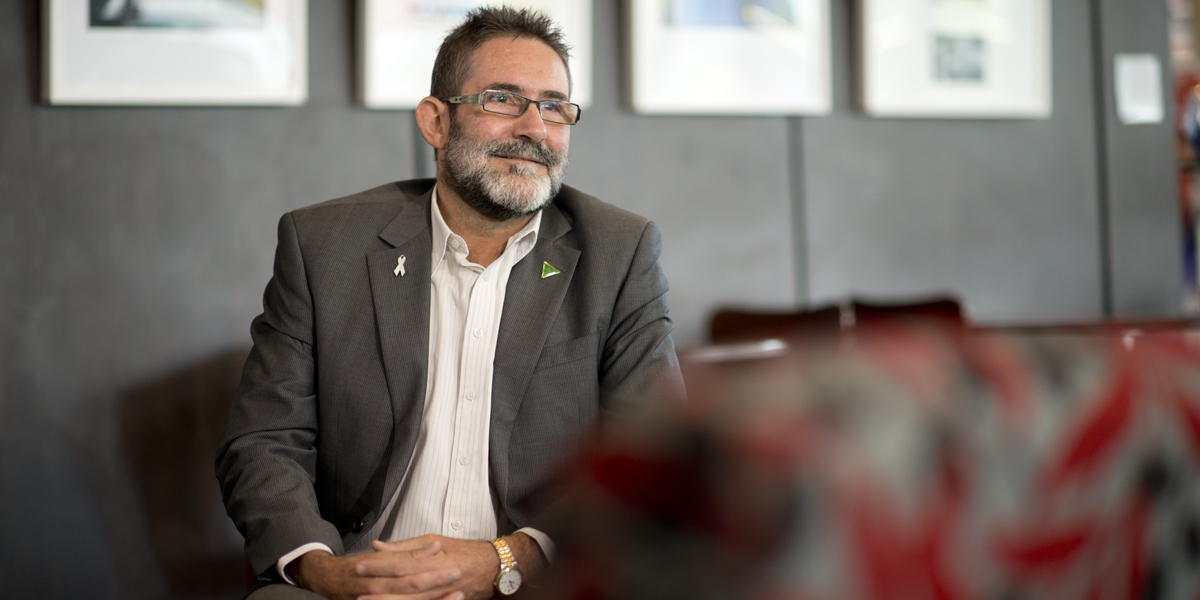 
Parnell is running on a platform loaded with the Greens’ traditional values but also pragmatically shaped to fit the current shape of political discussion.

“The Greens’ vision for SA is one that is focussed on future industries and future development, rather than locked into the past,” he says, while talking about the need for transformation after Holden’s closure announcement.

Holden’s a big problem for us now because the leaders of the past didn’t seriously plan for it’s closure, which was inevitable, he believes. Where was the transition package? Why weren’t we using industry subsidies to force Holden into making the electric cars of the future rather than  Commodores mired in the past?

It’s a populist take, given the fight against automotive transport’s pollution has been at the heart of the Greens’ politics. Isn’t he happy to see the back of the enormous factory, I ask him?

“The factory is also the livelihoods of the people who work there. We do need to hang onto manufacturing – a modern first world economy needs to keep a manufacturing base.”

He hastens to add, the Greens’ vision for the future of transport is not “a petrol-driven car on bigger and wider freeways”.

Herein lies an interesting contrast in the Greens’ platform. While they call for an economically-interventionist government which subsidises struggling manufacturers and builds public transport projects, on social issues the party is the party of freedom – freedom to marry who you like, decriminalisation of the use of illegal drugs on an individual basis (although the party strongly discourages drug use and would criminalise drug dealing).

Parnell has a simple way of explaining that inconsistency. “The state needs to intervene for good. The state doesn’t need to intervene to stifle freedoms and creativity.”

Democratic systems are designed for compromise; legislative instruments are meant to be compromises that reflect public debate, as represented by the debate in parliament. How will a party of principle with a polity of idealists survive the transition from minor party to majority? Will it mean compromise?

“[Idealism] doesn’t mean that you prosecute every part of your agenda at every opportunity. Sometimes not pushing everything at once can make sense. Electoral reform … it didn’t go as far as the Greens wanted, and they did some things that were dead against what we wanted, but at the end of the day sometimes we do have to support sub-optimal outcomes.”

Electoral reform is an important case in point when considering the future of the Greens. When you become an established party a strong systemic impulse develops to protect the status quo – to make changes to electoral laws that make it more difficult for other, smaller parties to challenge. Witness the concerted and continuing attempts of the major parties to rid Tasmania’s parliament of the Greens, for example.

Spurred on by the success of micro-parties in winning election in the federal Senate, South Australia’s parliamentarians put their minds to preventing the same successes here. Several proposals for reform were put up – including, most interestingly for this story, a proposal for optional preferential voting and the abolition of party-controlled preference allocation (voting above the line) put up by Parnell.

Parnell admits that change would make it more difficult for minor parties to win their first seat and establish a foothold – just as he did, winning the first seat for the Greens in SA in 2006, and as Nick Xenophon did.

“It would advantage people who have more support in the community. It doesn’t make it impossible for small parties to get in. is it democratic that a person on one fifth of one per cent of the vote gets a senator? What is democratic about that?

“Does it advantage major parties? My answer would be it would advantage those parties that have a level of genuine support in the community and it would prevent people gaming the system.”