Follow the day’s election announcements here as they happen – this morning, a big announcement for Flinders Medical Centre.

11.38am Strange goings-0n in Roseworthy

The Barossa Herald has a very interesting piece on the continuing story surrounding the Roseworthy housing development.

The state Liberal Party has done a back flip on the proposed Roseworthy development.

Just over four years ago Cosie Costa,  the Liberal candidate for Light in the state election, made a submission to the government’s 30-year plan in which he opposed the Roseworthy development citing infrastructure problems and that the plan had been put together with a lack of real consultation with the people who have real opinions and concerns to express.

As for Mr Costa he is finding all about politics. He has to put any personal opinions aside to support his party’s policy on Roseworthy.

“This (proposed Roseworthy Development) isn’t about me or my perspective,” Mr Costa said.

“The development will provide the opportunity to have industries. grow more jobs in the area, more schools and churches. It will bring with it more infrastructure. We are committed to a full review of the current proposal.”

11am What the LGA Wants

During elections lobby groups release all sorts of things as a way of pushing their agendas. One technique is to release a list of questions for the parties. Here’s the Local Government Association’s, which was just released:

Question 1 – Put the community back into PLANNING AND DEVELOPMENT

a)     Will you amend the recently passed regulations related to the Adelaide City Council and inner rim Councils to ensure that a Council’s Development Assessment Panel undertakes all approvals?

b)    Will you introduce a transparent DPA approval/amendment tracking process, to identify delays, including notification of Ministerial approvals?

After the… confusing Mt Barker Interchange announcement/dispute thing yesterday, the Greens have weighed in from a different direction – criticising the decision as a gift to Mt Barker’s developers (although Parnell yesterday told InDaily he supported the project).

“The decision by both the State Labor Government and Liberal opposition to use taxpayers’ money to fund a second freeway interchange at Mt Barker represents a $27m gift to the consortium of property developers behind the Mt Barker urban sprawl re-zoning, according to Greens Parliamentary Leader, Mark Parnell MLC.

“Documents obtained under the Freedom of Information Act show that the developers promised to pay for the freeway interchange in exchange for the Planning Minister re-zoning farmland to “residential” against the wishes of the local Council and local community. After the Ombusdan ruled in favour of release, the developers appealed to the District Court, sparking a two-year legal battle. The documents were finally released after the rezoning decision was made.”

10.07am And, yep, here’s the big health announcement

$117.5 million big, to be precise. Labor will fund a big “revamp” of the Flinders Medical Centre, the Premier has just announced.

From the release:
“Two wards with single rooms and a new neonatal unit will be created in a $117.5 million revamp of the Flinders Medical Centre, under a re-elected Labor government.

“Premier Jay Weatherill said as part of the plan to keep building our hospitals, Labor would embark on Stage Two of the Flinders Medical Centre transformation – improving flow through the Emergency Department.

“We are already re-building every major metropolitan hospital and have already spent more than $167 million at the Flinders Medical Centre but we know more needs to be done.

“That is why we will invest $100 million to build two new wards and redevelop six existing wards as well as making the Emergency Department flow better during busy periods.”

Weatherill said Labor would spend $17.5 million to build a new neonatal unit at Flinders, which, once completed, would be expected to accommodate up to 50 cots compared to its current capacity of 35.

It’s a big announcement so everybody gets a guernsey – the Premier gets to announce it, Member for Mitchell Alan Sibbons and Labor candidate for Elder Annabel Digance both get quoted … and also down the bottom is Health Minister Jack Snelling.

Now here’s an interesting chart – promised investment from Labor at several hospitals over the forward estimates. 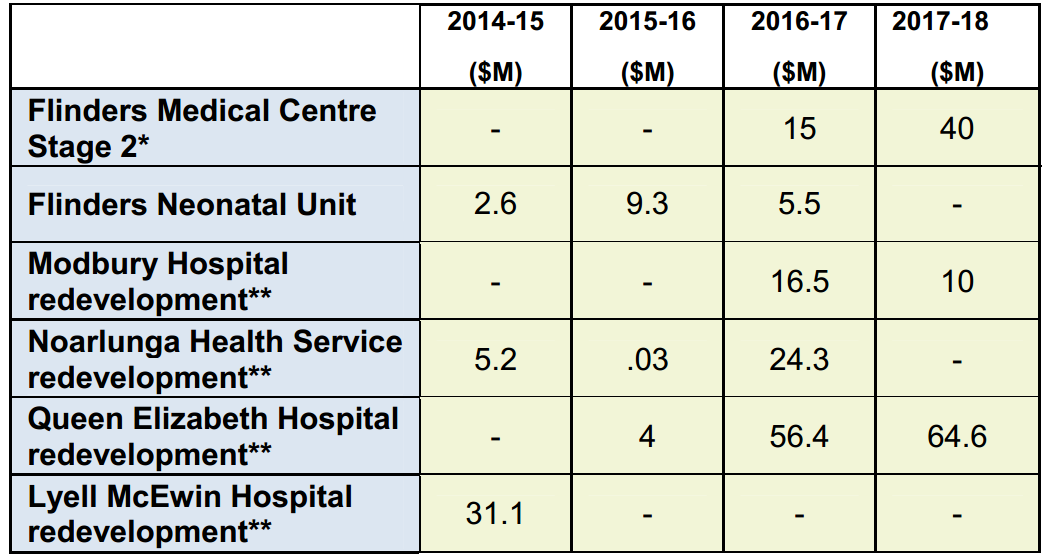 7.55am Something entirely unrelated
And now for something different. From Zoos SA: “Adelaide Zoo is abuzz with excitement today as it prepares for a very special 40th birthday party in honour of one of its most unique residents, Miss C, the world’s oldest Hoffmann’s Two-toed Sloth.”

Here’s a picture of Miss C, the world’s oldest Hoffmann’s Two-toed Sloth, courtesy of the Zoo. 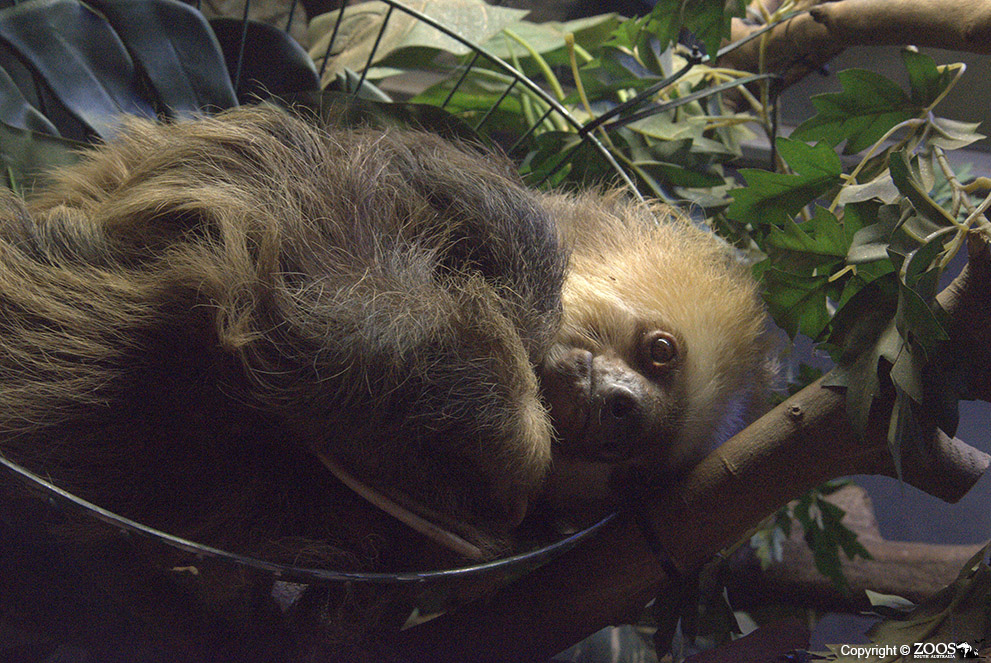 5.33am More details on Bike Boulevards
Yesterday we covered Labor’s Bike Boulevard plan, which got plenty of you tweeting your support. This morning the Government have followed up with a release on the policy which seems to largely mirror our story (also note the link between cycling and health – there’s a theme emerging here folks).

“In the past 12 years, we have made an unprecedented investment to improve the safety and quality of our bicycle network,” Mr Weatherill said.
“Providing safer cycling infrastructure across the State will remain a priority fora Labor Government.”

What is a bike boulevard, you ask? Here’s some more detail:

“Bicycle boulevards follow quiet, low-traffic streets where cyclists of all abilities
can mix safely and comfortably with local motor vehicle traffic.”
The two trial projects will provide safer cycling by:
• Traffic calming to reduce motor vehicle speeds in suburban streets
• Reducing traffic volumes to discourage rat-running
• Using special lane markings or “sharrows” that position cyclists where they
are visible to drivers and at less risk of being “doored” by parked cars
• And safer crossings where the boulevard intersects major roads

5.06am Labor’s Health Day?
Looks like health is going to be the focus of the announcements from the Government today. At 5am this morning Health Minister Jack Snelling put out a press release warning “Waiting times in ED could more than triple if Abbott’s GP plan goes ahead” – by which of course he’s referring to the $6 user-pays health co-payment that’s been floating around for a while. The Feds of course haven’t confirmed it, but they haven’t denied or distanced themselves from it either – it seems to be what’s commonly referred to as a ‘float’, where an idea is put up by a seemingly ‘independent’ voice distant from the party, allowing public reaction to be gaged before said idea is actually formally committed to.

Anyway, yes, Health seems to be the theme of the day from the Government. Look for more announcements as Day 4 grinds on.