At Holden’s Elizabeth dealership, Paul Page is trying hard to find a smile for the camera. He squints into the day’s muted sunlight, stretches his lips, and manages a half-sneer.

Page is trying, desperately, to sell the positive spin. All he’s really managing to do is look bone-tired.

News about Holden travels fast in Elizabeth.  By 2.20 one of his salespeople had heard the bad news from her brother, who works at the plant.

“Nothing really changes. If anything this is going to allow us to have a larger global product range.”

Page’s dealership is strung with little framed photos of the Central Districts’ football players it sponsors. Holden’s the club’s biggest sponsor – no-one’s sure what the motor giant’s pull-out will mean for them.

He tells InDaily the local community will be in shock for a while, but eventually it will move on; it has no choice, he thinks.

Another worker at the dealership describes things less glowingly. He mimes a huge hypodermic needle going slowly into his hand. You can take the pain of an injection, he says, because you know it’s going to end soon. That’s the lot of the Holden workers; the pain was supposed to be temporary. He jams one hand into the other, ramming the imaginary needle right through. That’s today, he says.

Over the other side of the road, the State Government’s northern suburbs office, Northern Connections, is closed and the doors are locked. A sign is stuck up on the inside of the window. “We need your help to save Holden”. 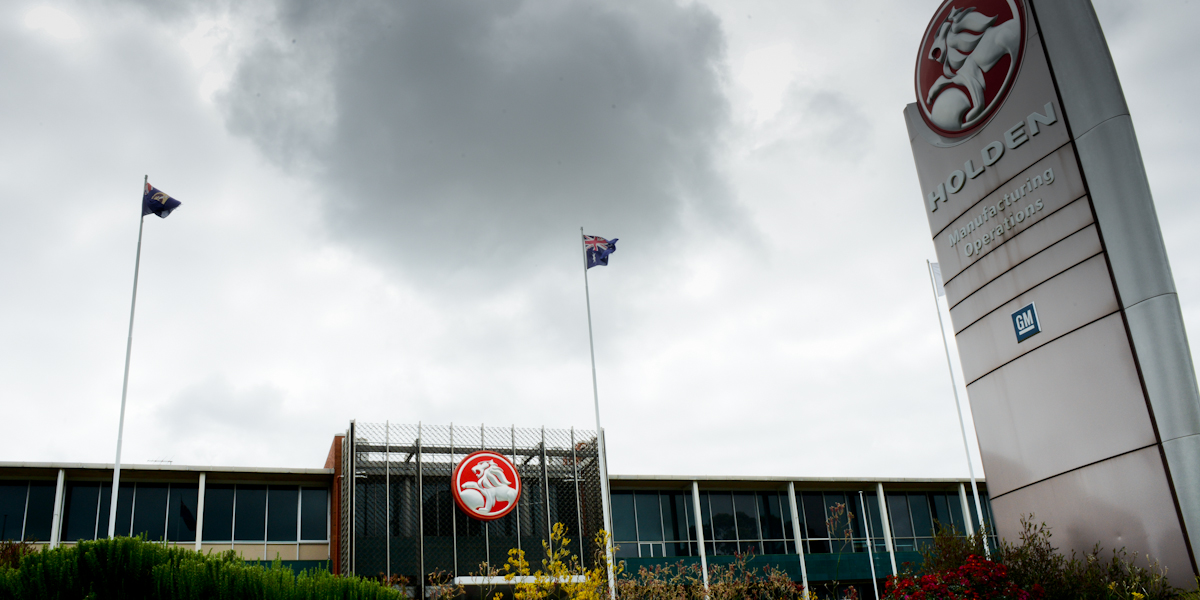 Above the Elizabeth plant the sky is stacked with rank upon rank of clouds, low to the ground, all grey. There’s a cool wind but the clouds keep the heat and humidity in, making the day muggy. Inside the plant journalists have been gathered into a 1970s-styled conference room for an announcement from Holden’s managing director Mike Devereux.

The room is a relic – a reminder of just how old this plant is, how long Holden’s been here. The carpet is made up of old brown squares. The walls and curtains are the creamy-brown of high school classrooms. The roof is a chaotic pattern of grimy and dying fluorescents; they lend Devereux’s skin a sickly grey-green tinge.

He says the decision to shut Holden was made on Tuesday, only “hours after” he had told the Productivity Commission no decision on the plant’s future had been made.

He caught a plane to Adelaide straight away, stood on the back of a flat-top truck to make the announcement to workers. The day shift got sent home early; nobody felt much like working after hearing the news.

He says the closure wasn’t the result of the carbon tax, or uncertainty about future industry assistance. He won’t speculate on what would have happened if the Feds had offered more money; he has nothing but gratitude for the Federal Government.

He says this was the “perfect storm”, a phrase everyone at Holden has been uttering for some time; a storm that never breaks. “Building cars, as painful as it is to say… is just not sustainable.”

Nobody looks at Devereux. Radio journalists point their microphones at the speakers rebroadcasting Devereux’s words; TV cameras focus on the Holden logo behind him, gathering cutaway footage. Journalists look at their phones, tweeting.

Devereux is tall. His shadow stretches a long way behind him and covers the white lion on Holden’s PR banners. Everybody at Holden should “stand tall” and be proud of what they’ve achieved here, he says. And then he leaves.

“He was just full of bullshit,” one journalist tells his colleague. 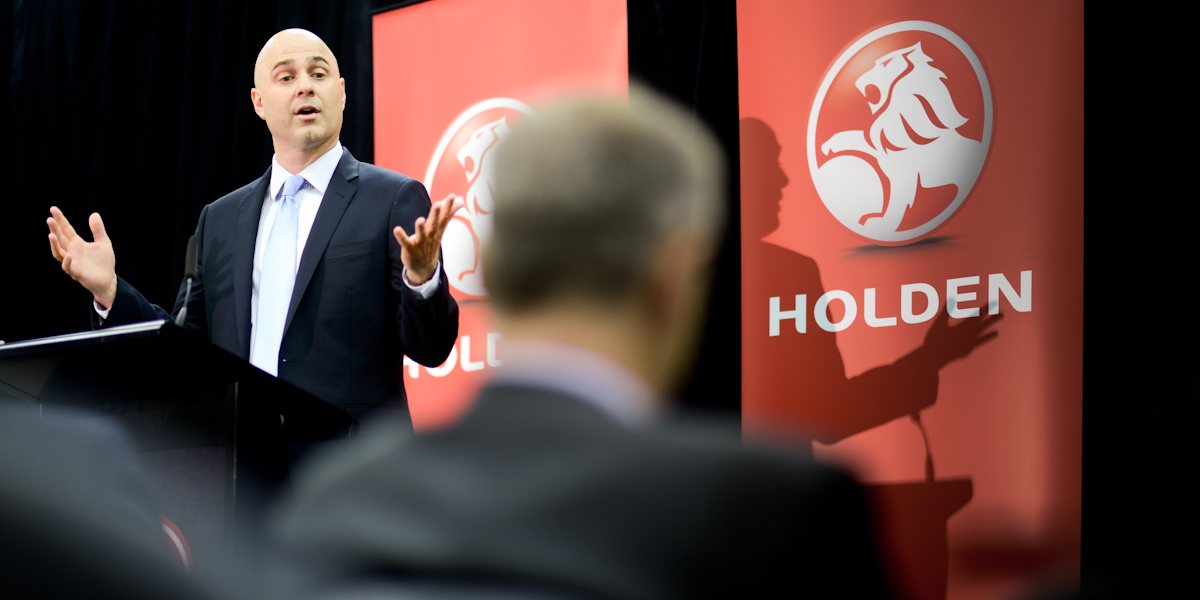 On the front desk of the On the Run servo down the road is Alan Robson, 24. He worked at the plant in payroll until “a few years ago”. He’s still got friends at the plant. Everyone here knows somebody on the line.

About 60 per cent of his customers work there, he guesses. The mood of those buying petrol today was mixed – some downbeat, some holding it together.

“They’ve all seen it coming though. It’s been happening for a while.”