From invasion era to the mid-1900s, Aboriginal and Torres Strait Islander girls and women were exploited as a labour force for white households and institutions. While serving as domestics, nannies, cooks, cleaners and wet nurses, they were often treated unjustly, and few were paid. Under “protection” Acts, this state-sanctioned abuse of girls and women was never a secret.

Sovereign Sisters: domestic work (presented in association with Apron-Sorrow / Sovereign-Tea at Vitalstatistix) highlights this past to ensure the experiences of these women and girls is never forgotten. Set up in Flinders University Museum of Art, the exhibition has been curated by Dr Ali Gumillya Baker with assistance from Madeline Reece. Baker and Reece have gathered works by Aboriginal and Torres Strait Islander artists held in public and private collections from around the nation.

In addition to the theme of domestic servitude, some of the pieces speak of connected state policies that resulted in what is now known as the Stolen Generations. The forcible removal of Aboriginal and Torres Strait Islander children was a pipeline for the colony’s unpaid workforce. Removed on the basis of eugenics and colonial nation building, the girls were trained as domestics and the boys were given rudimentary training to serve as labourers and stockmen.

The theme of sisterhood is also evident in the exhibition’s depiction of staunchly sovereign First Nations women. All of the selected works carry powerful narratives with the force of truth-telling. Some of the standouts in the Sovereign Sisters exhibition are:

Ali Gumillya Baker’s SovereignGODDESSnotdomestic #2 (2017) is part of a series of photographs she took of Aboriginal women on Kaurna Yarta. Each portrait features an Aboriginal woman holding a gilded picture frame. The model for the one on display is actress Natasha Wanganeen.

In White with one (2003), Julie Dowling combines paint and red ochre on canvas. Influenced by her familial history of unpaid labour, Dowling’s evocative portrait captures the weariness of an Aboriginal domestic labouring for white households. 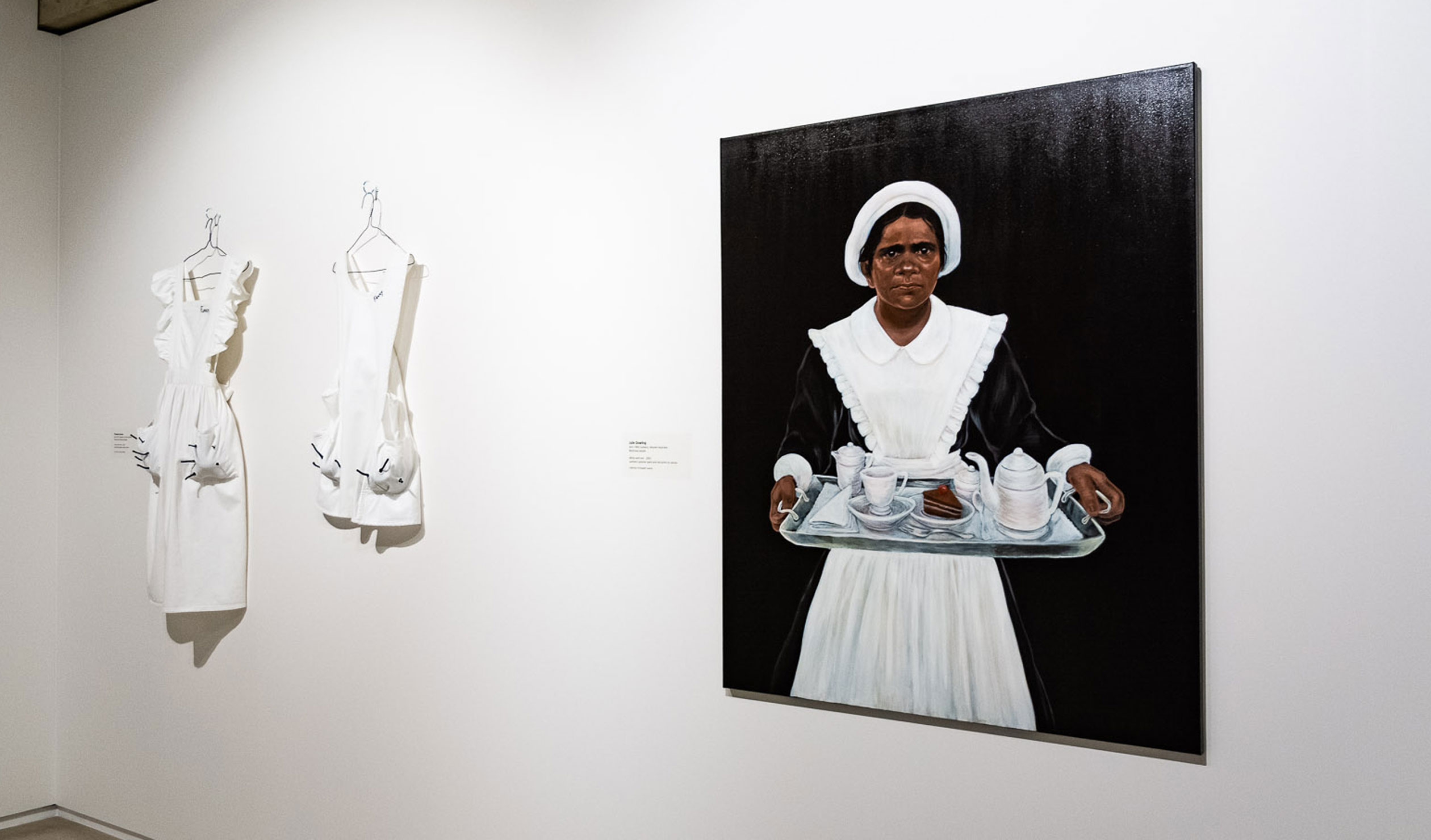 Aunty Ellen Trevorrow’s Sister basket (1998) was a familiar sight and brought back memories of weaving circles. Trevorrow, an internationally renowned weaver and respected Elder, has helped revitalise Ngarrindjeri sedge grass weaving. A Nakal (sister basket) consists of two identical pieces that are made separately before being woven together. A reminder that we are stronger together. 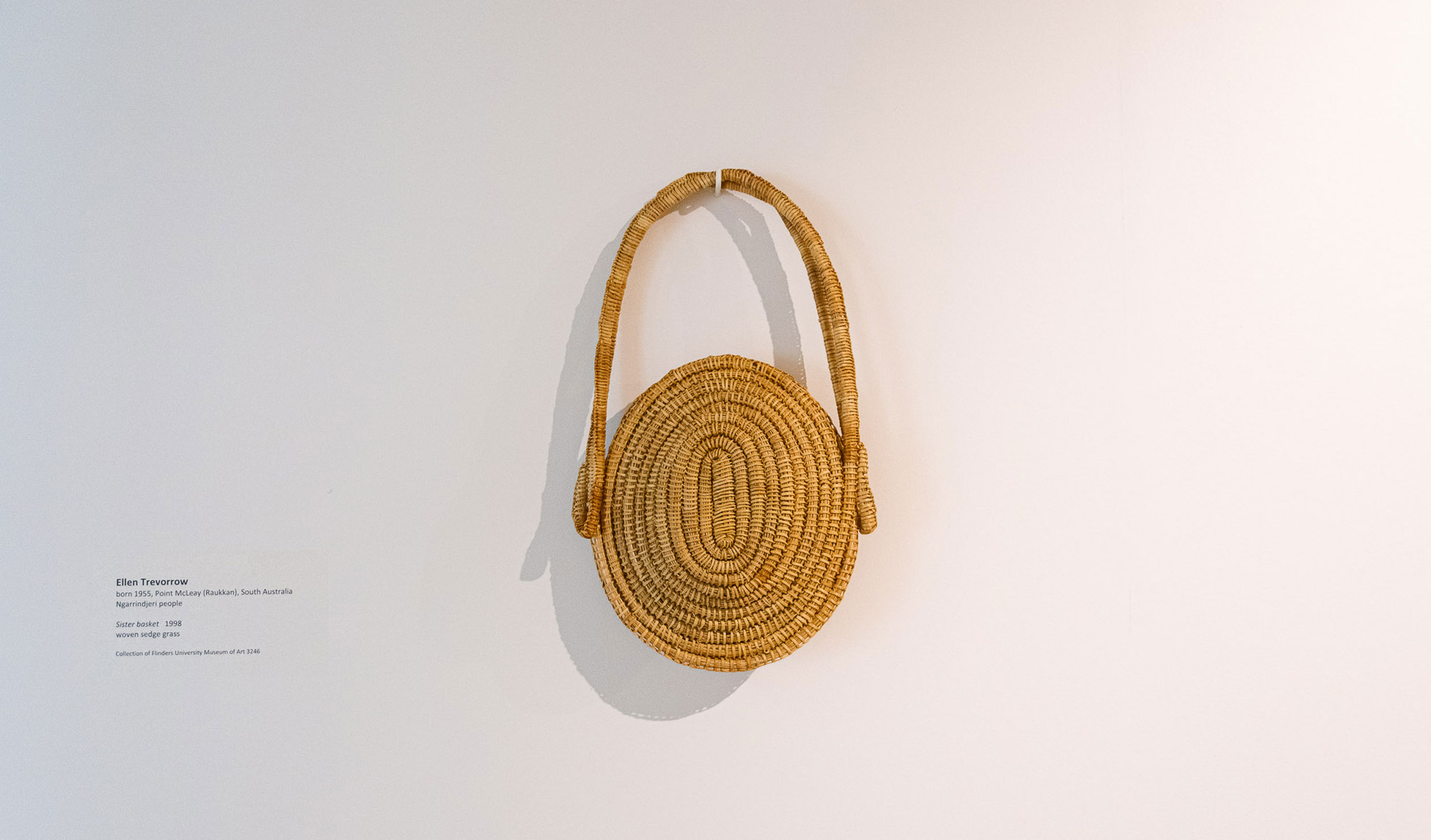 The juxtaposition of this sedge grass basket and Dr Natalie Harkin’s Archive-Fever-Paradox (2013) paper basket is interesting. Both use similar techniques, but Harkin wove with shredded copies of her grandmother and great-grandmother’s letters that are held in SA state archives. On the exterior of the basket are words of love and hope contained in the original letters. 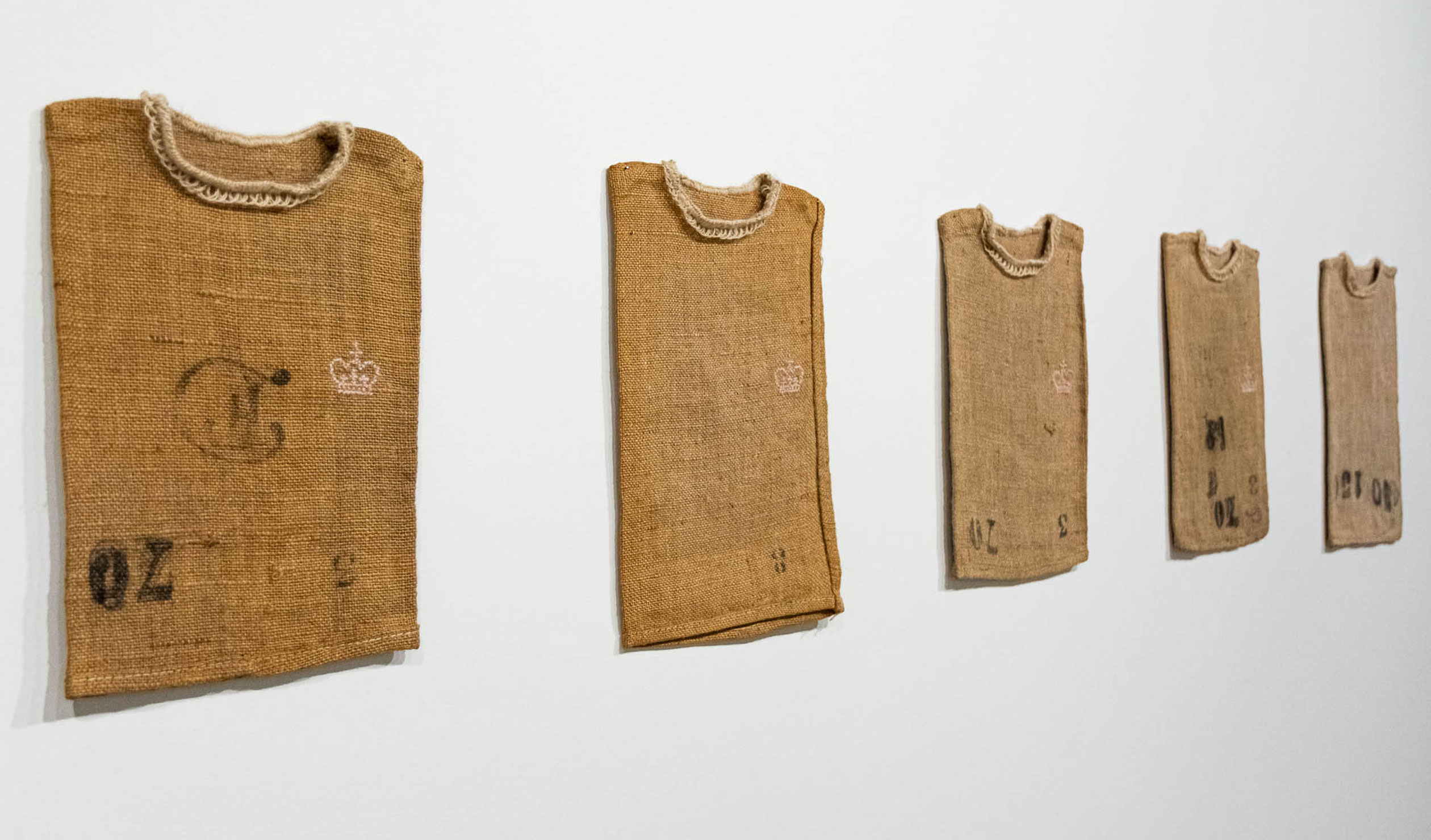 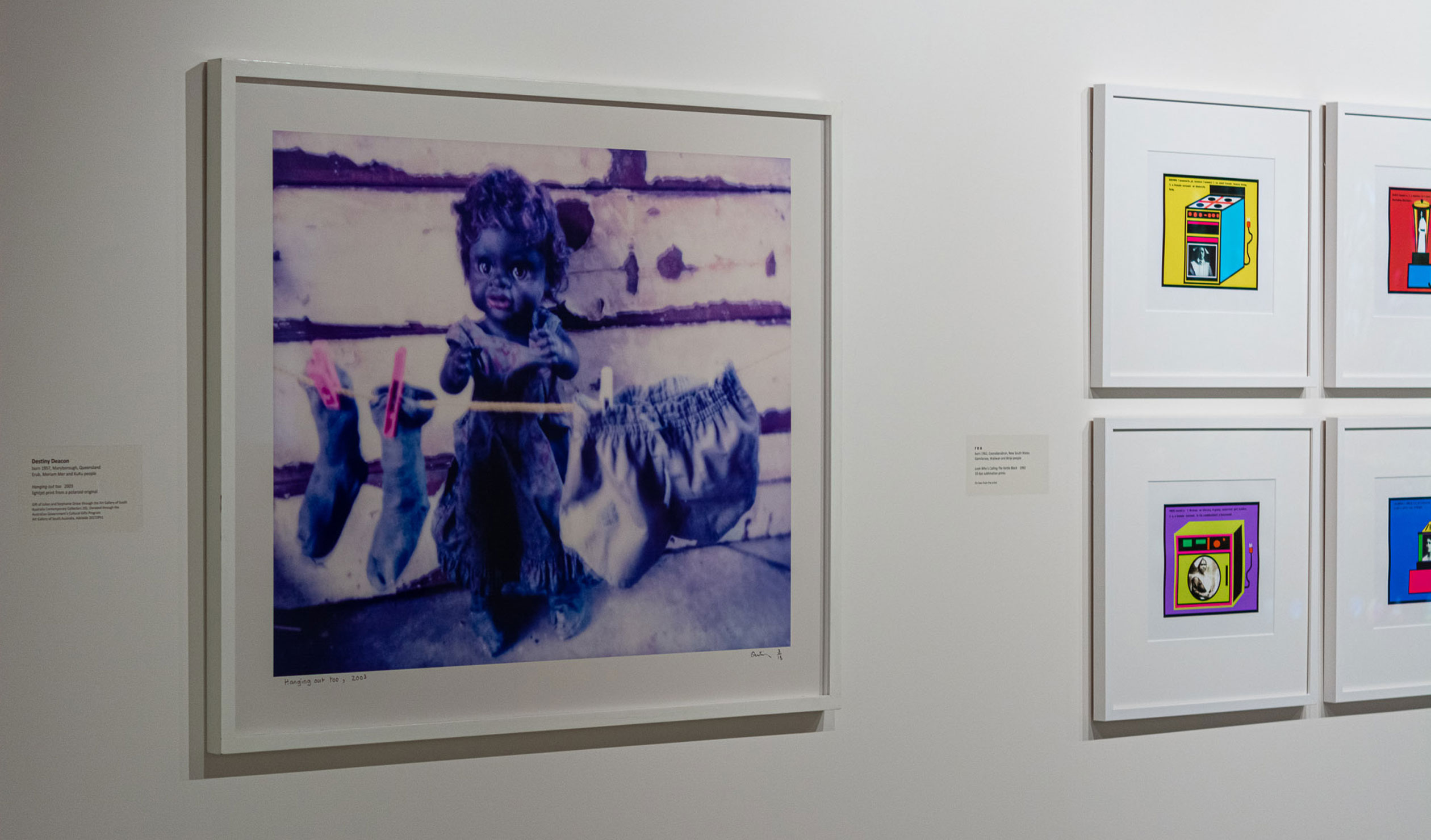 Walking through the gallery, some people might see familiar works of art or artists’ names, as well as familiar stories and familiar sorrows. There is healing and sovereignty in this space. And for non-Indigenous observers, it offers a space for reflection on the hard truths presented here.

Through art, truth-telling takes place. And through the telling comes increased understanding, which can lead to action. The time for action is running out for surviving First Nations women who were forced into servitude, abused in institutions and households, and had their wages stolen by the state.

Sovereign Sisters: domestic work is both a call for justice and a loving tribute to sovereign sisters.

Sovereign Sisters: domestic work is presented by Tarnanthi and Flinders University Museum of Art. It is on display at Flinders University’s Bedford Park campus until April 8, 2022, with a closure from December 20 to January 10. The museum is closed on weekends and public holidays.

A sister exhibition, Apron-Sorrow / Sovereign-Tea, is presented at Vitalstatistix in Port Adelaide until October 31. Read Karen Wyld’s review of it here.

Karen Wyld is an author living on the south coast of Adelaide. Her second novel, Where the Fruit Falls, won the 2020 Dorothy Hewitt Award for an Unpublished Manuscript. Her children’s book, Heroes, Rebels and Innovators, was released in July 2021.