When Disney’s Frozen was released in 2013, it was immediately clear the story of sisterly love would be perfect for the stage.

After Thomas Schumacher, president and producer of Disney’s Theatrical Productions, first saw the film, he texted his friends at Disney Animation: “When do we start?”

The story, inspired by Hans Christian Andersen’s The Snow Queen, tells the tale of sisters Elsa and Anna, who grow up and apart, separated because of Elsa’s dangerous gift of shooting ice from her hands.

Ahead of the show at the Festival Theatre, there’s a palpable buzz from adults and children alike – the dress code is clearly Elsa blue for the grown-ups and sparkly costumes for the younger ones.

Anna and Elsa first appear as their younger versions, and stealing the spotlight from the get-go is Hunter Ribeiro as young Anna. It’s as if the film princess has been plucked from the screen and dropped onto the set as Ribeiro embodies the animated character in every sense.

Each time she appears, Ribeiro commands the stage with her larger-than-life presence and spectacular voice, delighting not only as Anna, but also later on during “Fixer Upper” as one of the Hidden Folk – based on the film’s trolls.

The grown-up version of Anna, played by Adelaide-born Courtney Monsma, gets a warm welcome, only slightly louder than the applause aimed at Jemma Rix’s Elsa. The costumes are beautiful and rich with exquisite beading and embroidery, transforming the pair into living, breathing Disney princesses. 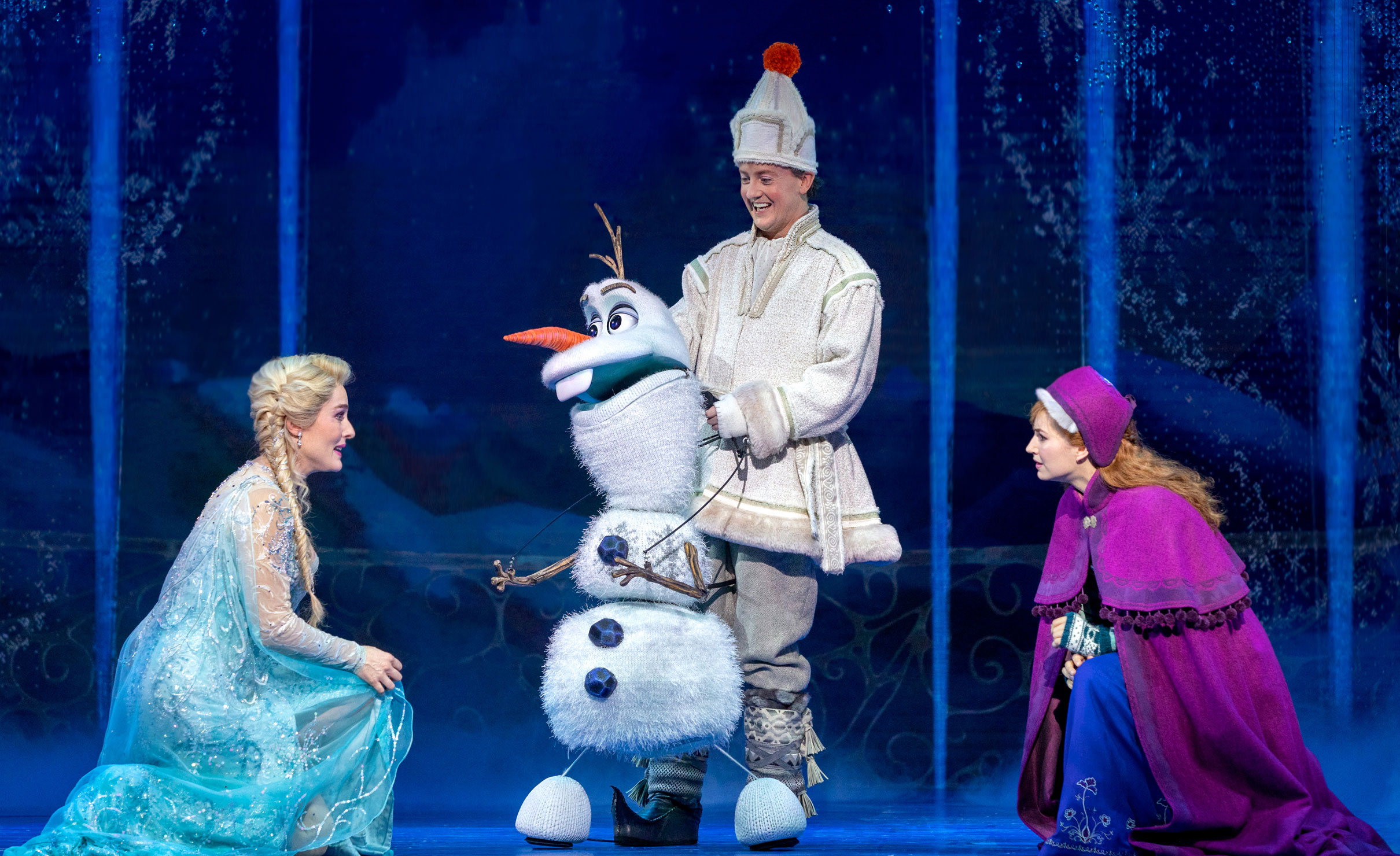 Even if you’ve seen the film with your children countless times, you’ll find new life in each song – yes, even that one. There’s so much anticipation built up for the popular “Let It Go” that as soon as the opening notes ring out, so do the audience’s gasps. The song closes the first act with the kind of magic adults are happy to suspend reality for – and it’s not hard with sets like these.

When Elsa finally does let her powers go, she creates her ice castle and it’s a swirling, whirling vision of sparkle and light – and the best costume change you’re likely to see.

Costume and scenic designer Christopher Oram dazzles, bringing the very heart of Disney to the Festival Theatre. The sets take us from an elaborate palace to mysterious woodlands to an icy tundra, layered with stunning effects that have been adapted from the grand stages of Broadway.

The production features a host of songs created just for the musical. It was always going to be a task to present something new alongside the much-loved existing numbers, but most manage to hit somewhere near the benchmark; the highlight of the bunch is the funny, upbeat “Hygee”.

Thomas McGuane (the physical personification of a Disney prince) plays the character arc of Hans wonderfully.

The children in the audience make themselves known with thrilled screams as Matt Lee’s summer-loving snowman Olaf takes to the stage. Lee is delightfully playful, bringing all the joy to the carrot-nosed character.

From curtain’s open to the last snow flurry, you’ll drift magically along with every second.

Frozen is at the Festival Theatre until July 24. 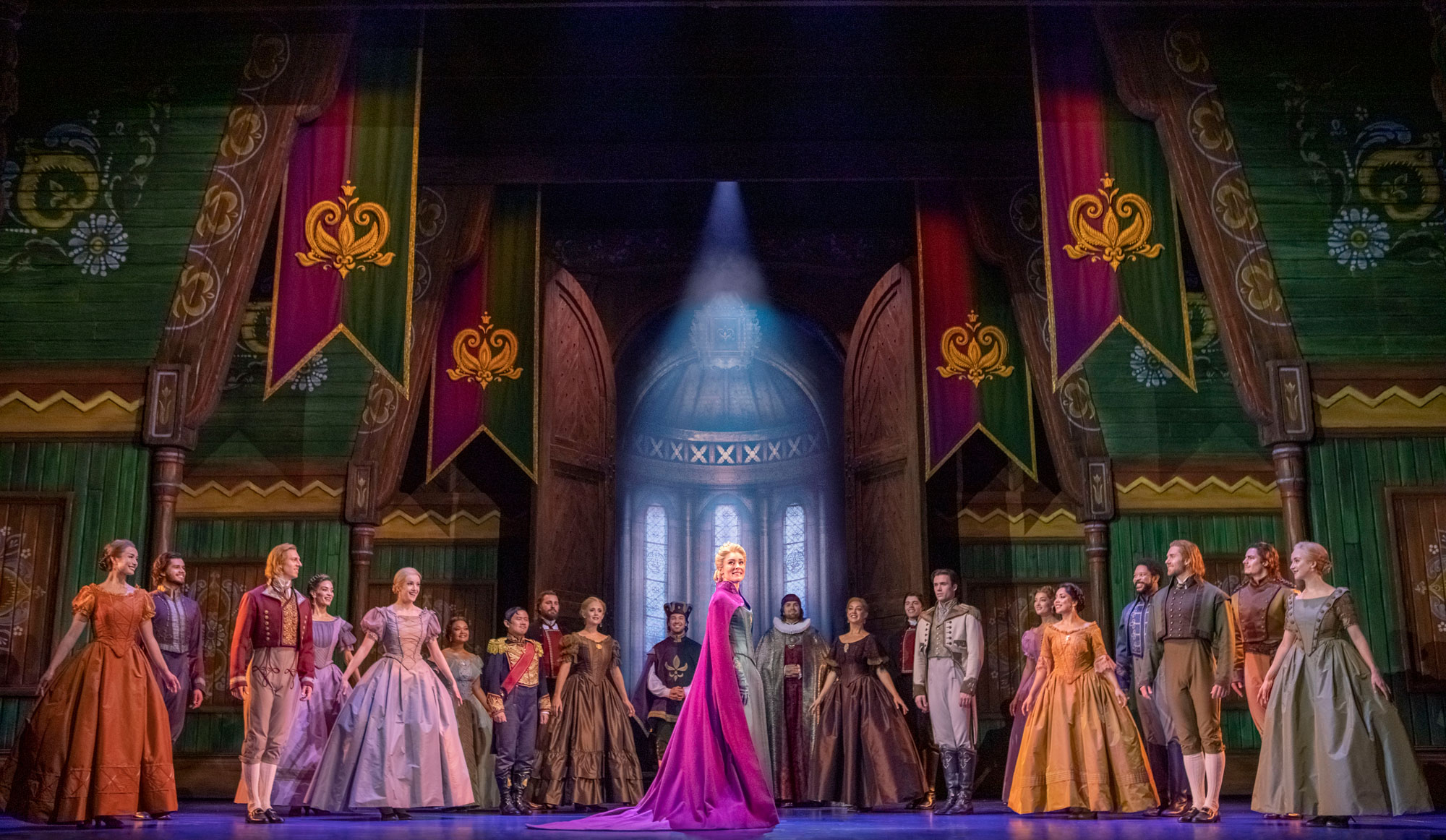