Artists have always asked, “What can art do?”, but never more than now, as lockdowns force us to strip back our identities and climate change literally means time is running out. Clock for No Time – Rumpus Theatre’s latest production – aims to answer that age-old yet newly desperate question, but not only through its plot.

When asked about how personal Clock for No Time is, writer-director Michèle Saint-Yves’ eyes are glossy and red, either from the exhaustion of back-to-back rehearsals and consultations or from her answer: “It’s personal”.

Before her father died two years ago, Saint-Yves travelled back to Scotland to be with him. She lives with an acquired brain injury, so the long journey from Australia took such a toll on her health that she wasn’t able to help her mother care for him as he struggled with late-stage Alzheimer’s. In fact, her mother ended up caring for Saint-Yves as well.

It was during this time of convalescence that Saint-Yves watched her father and noticed the similarities between the workings of their damaged brains. This is the genesis of the play, and it’s the plot, too.

The Own Voices movement demands that those telling the stories of marginalised people have lived experience, so an Indigenous story must be told by an Indigenous person in the same way a disabled story must be told by a disabled person. Films like Sia Furler’s Music are considered problematic; directed and co-written by the singer-songwriter, it stars the dancer from Furler’s videos, Maddie Ziegler, who plays a non-verbal autistic girl. Neither Ziegler nor Furler has lived experience with autism, and protests ensued.

In the case of Clock for No Time, the actors playing daughter Simone (Jo Stone) and father Ian (Paul Reichstein) do not have lived experience with an acquired brain injury or dementia, but Saint-Yves considers them acting in a “field of permission”. In her view, it is Own Voices: “It’s creative non-fiction meets fictionalised biography meets memoir.”

Ultimately, the play looks at what endures after we’re gone, whether it be after the pandemic gets us or after climate change desolates the earth or after old age wins – it’s existential stuff. 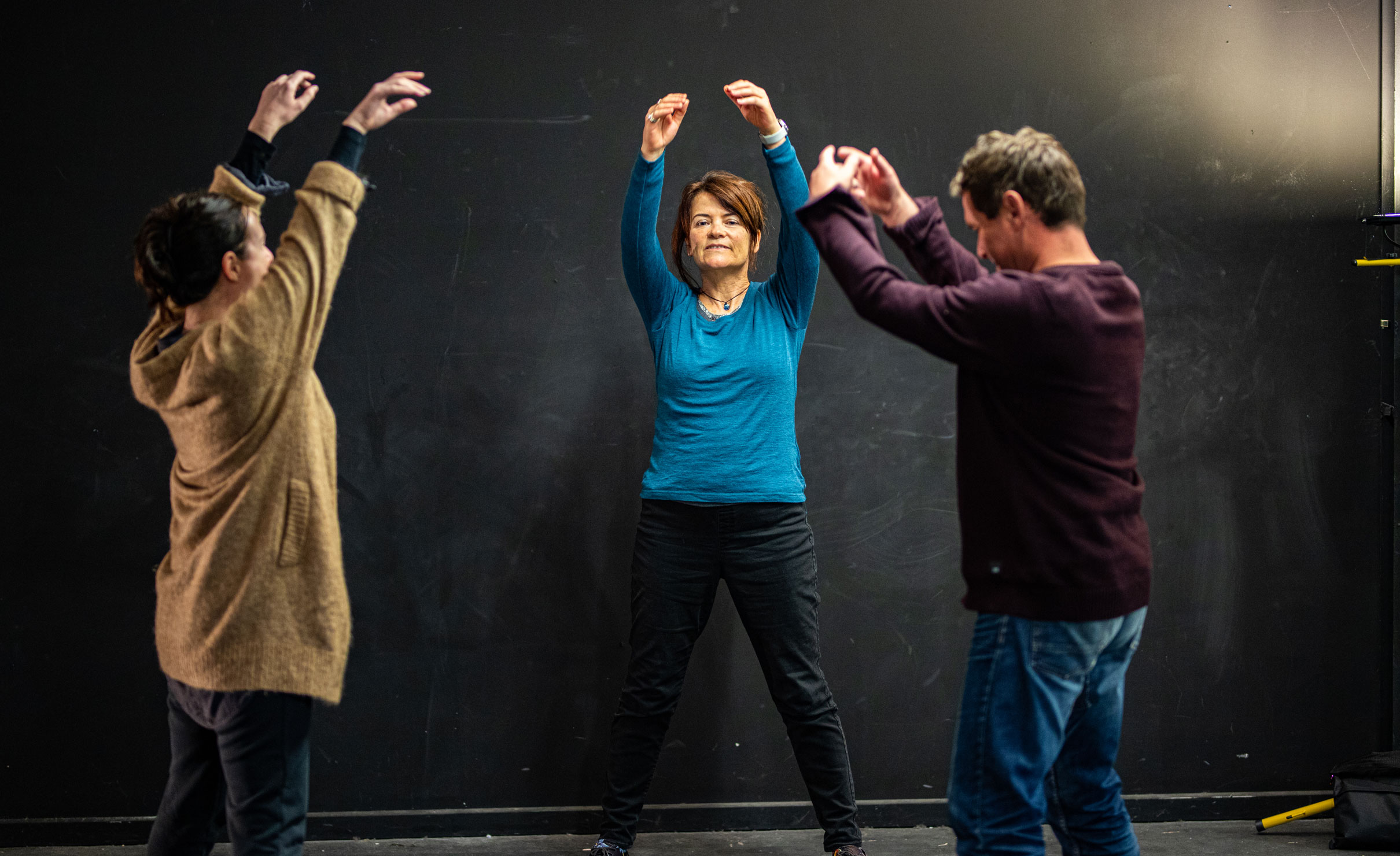 Saint-Yves’ lived experience is not only the inspiration for the play’s storyline, it’s also the motivation for how the story is presented. She says through having a disability herself, she understands that “sometimes seemingly straightforward activities like going to the theatre at times can be quite a stressful experience as there are a lot of variables that could happen”.

Neurodivergent and dementia-friendly in its approach to “relaxed performances”, Clock for No Time includes pre-show audience information packs to help with expectations and grounding, and it considers clothing worn by the actors, as well as signage on stage and within the theatre, lighting and sound. Audience members will have the option to move, change seats or enjoy quiet spaces when needed, and stim toys will be available to assist concentration. There will even be a QR code at the theatre that will open an app to provide further assistance.

Clock for No Time is proof independent theatre can deliver quality productions without compromising inclusivity and access.

“It’s not cost-prohibitive,” Saint-Yves says. “You don’t have to be a main stage [company] to have money to be able to do it. Most of it is pure preparation and planning.”

This goes for ensuring the play is accessible for people with visual and hearing impairments, too. In an ableist society, where we cater to those who can see, what the actors are wearing, for instance, or what emotions they’re coyly expressing, is instinctually left out of the script. Saint-Yves was constantly aware of working against that norm.

“I really tried to make the accessibility embedded… it’s not just an add-on.”

With this level of inclusivity – in allowing the visually impaired, hearing impaired, neurodivergent and those with dementia to be audience members – Saint-Yves is changing the culture and structure of theatre-making. And that’s what art can do.

Clock for No Time is playing at Rumpus Theatre in Bowden from October 19-31. To further assist accessibility, it will be online from November 3-7.