If there was ever a relationship that exposes double nature – living out the duality of both good and bad, right and wrong – it is between siblings. The familiarity and shared history among siblings may be said to channel the best and worst in people.

This phenomenon, paralleled with the myths of the “American Family” and the “American West”, are the themes of True West, American playwright Sam Shepard’s 1980 play.

It follows estranged brothers Austin and Lee as they reconnect while house-sitting for their mother. Over a few days, their identities unravel around the kitchen table.

Austin, played by Robbie Greenwell, appears as the “straight man”, tightly wound, Ivy-League-educated, a screenwriter on the brink of a career breakthrough. His older brother Lee, played by Marko Siklich, presents the other side of the coin – a hustler, with a raw charisma, who has just returned from three months in the desert.

The polarisation of these characters is established by an eye-catching tableau which greets the audience as it enters the theatre: Austin sitting at the kitchen table, surrounded by books with a pen in his hand, and Lee standing outside in a flannel shirt and cowboy hat, silhouetted against a projected image of the desert.

In each other’s presence, Austin and Lee move away from the stereotypical predictability of their initial characterisations. Both Greenwell and Siklich are portraying complex and flawed characters with depth and duality, and the actors impart a chemistry which reflects the ease of sibling interactions.

The two work off each other, making deals, proposing duels, exposing each other’s strengths and insecurities, as siblings do. The performances are compelling, and the American accents are strongly maintained through the emotional spectrum which includes yelling, drunkenness and tears. 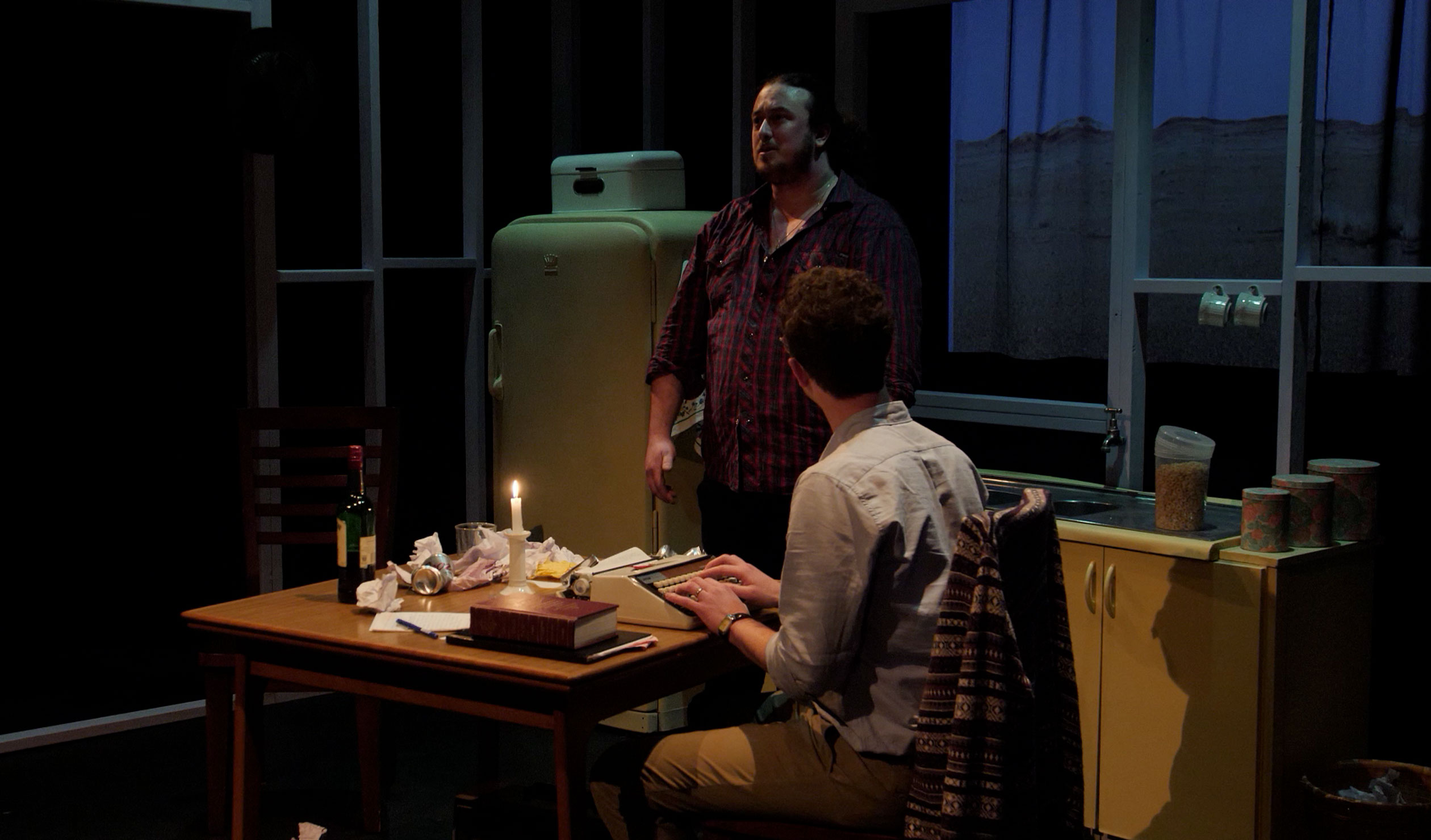 True West: A projection shows the desert through the kitchen window of the intricate set.

As with many displays of the dysfunctional family, there is a fine line between humour and discomfort. The cast of True West walks this line confidently, playing up the ridiculousness of family dynamics, while granting space to the intensity and uneasiness of family disputes. The swift and erratic jumps between camaraderie and conflict keep audiences on edge and intrigued.

Building on the themes of family complexity is the appearance of the brothers’ mother, played by director Caroline Mignone. Her presence, although brief, comes as acute impact, since her character is both a comical inclusion, drawing out a childishness in her sons, and a tender point of sadness, because she is an ageing parent.

The set, which grows messy as the brothers’ rivalries unravel, is both aesthetically detailed and functional. It is made homely by the presence of hanging plants and containers of cereal. The walls of the kitchen are outlined by wooden beams, much like the skeleton of a home in early stages of construction. This allows for complete visibility through the kitchen onto a projection of the desert. Stephen Dean’s simple yet effective lighting design pairs well with this intricate set ((production design Hayley Green and construction Zac Fry).

This powerful, captivating production demonstrates how barriers between polarised ideas – the American Dream and the Old West, Austin and Lee – are less defined than one may think.

True West was presented by Marko Siklich and Robbie Greenwell at the Bakehouse Theatre. Its season has now ended.

Michelle Wakim is the first recipient of the Helpmann Academy InReview Mentorship. She is working with experienced writers Samela Harris (theatre) and Katherine Tamiko Arguile (visual arts) to write a series of articles that will be published in InReview. 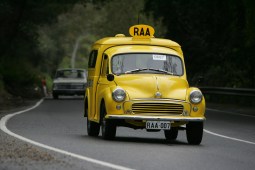 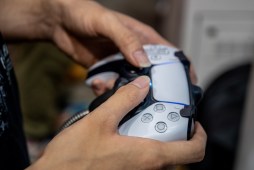 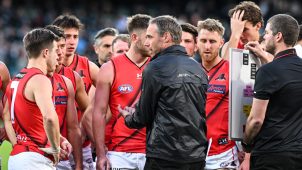 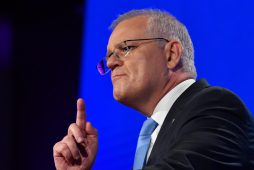